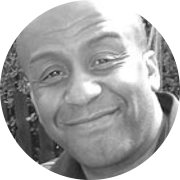 Duncan was born in London but moved shortly afterwards to Wakefield, West Yorkshire where his love for music grew into a passion and a profession.

He started playing the flugel horn and progressed to the tuba, which he played with many brass bands. He is now a conductor, band trainer, teacher and adjudicator. He is a leading member of the Association of Brass Band Adjudicators.

As a conductor he travels widely conducting bands throughout Great Britain gaining National Championships, at all levels. He was Musical Director of the Championship Section Newstead Band for 27 years achieving many successes during that time.

Duncan has widespread experience of adjudication at all levels and is in increasing demand as a freelance conductor, adjudicator and band trainer.