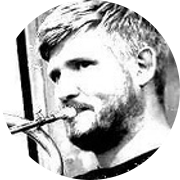 Sam moved to Barnsley in September 2000, where he studied music performance with Roger Webster and David Hirst. Having joined Carlton Main Frickley Colliery Band almost immediately, Sam went on to play Cornet and Flugel Horn with Brighouse and Rastrick Band and Grimethorpe Colliery Band for a number of years, returning to CMFCB in 2009 where he remained until November 2018.

Sam currently works as a performer, musical director and adjudicator, having also recently accepted a part-time role as Safeguarding Officer with Brass Bands England. His passion for brass banding continues to be the focus of much of his free time; however, more recently Sam has focused on developing a more varied professional network, allowing for opportunities to perform with a wider variety of ensembles.

Sam is an Eclipse performance artist, using their instruments for his commercial work as a Flugelhorn and Trumpet player.