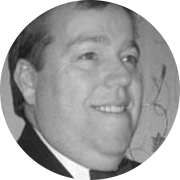 Andrew's work within the brass band movement is extensive. As Chairman of the NABBC he is promoting new ambitious strategies to support the aspirations of existing and new conductors.

As Chairman of the National College of Brass (1993-2007) he oversaw the management, staffing, examination procedures for thousands of examination candidates including those at diploma level and, supported the musical education of young brass players across the nation.

As a brass band adjudicator he has worked successfully throughout the UK for more than 30 years. He has been an examiner for various examination boards, had several compositions published and, been highly successful professionally directing musicals.

As a conductor he has recorded numerous TV and radio performances, toured through-out Europe and, taken 8 bands from the lower sections into the Championship Section, often gaining promotion in consecutive years.

His last three visits to the national finals have resulted in two first positions and a second place in the first section.

His educational qualifications are extensive and, technical skills as a young euphonium player appreciated in numerous nationally respected championship bands, orchestras and ensembles.

As Music Adviser for the nationally respected Blackpool Music Service and Educational Hub he continues to support all young musicians, bands and conductors through extensive Professional Development and consultation.