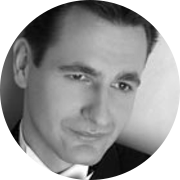 Craig studied at the University of Salford, gaining first his BA (Hons) then Masters degree there, studying with Dr Roy Newsome and Prof David King. Whilst at the university, Craig was awarded the Roy Newsome conducting prize as the outstanding undergraduate conductor of the academic year 2000.

Within Wales he has conducted the majority of the top brass bands, including the world number one brass band, Cory, who Craig guest conducted for the Golden Jubilee procession through London of Her Majesty Queen Elizabeth II. Craig also enjoyed lengthy and successful tenures as Musical Director of Northop, Parc & Dare, Burry Port and is currently MD of Lewis-Merthyr Band (First Section) and Seindorf Arian Crwbin (Second Section).

Craig has been successful in competition at the highest level, winning the Welsh League Championship in championship section on three occasions (2006, 2009 and 2011) with three different bands, and has won every contest in the Welsh League season. Craig was named Conductor of the Year by the SEWBBA and WWBBA in 2004.

For a number of years Craig was Director of Music of the Woods Mfg Co Brass Band based in Stittsville, Ontario, Canada and directed the band at several of the world's largest military shows including the Royal Nova Scotia International Tattoo in Halifax, Canada, where he is now Assistant Director of this, the world's largest annual indoor show.

Craig has also directed in concert numerous leading bands, which have included Black Dyke, Brighouse & Rastrick, Cory, Leyland and the Band of Her Majesty's Grenadier Guards. He has worked closely with some of the brass band world's leading figures, including Richard Evans, Major Peter Parkes, James Watson and more; and has commissioned numerous works from some of our leading composers, including Peter Graham, Edward Gregson, Philip Wilby and Michael Ball.

Alongside his conducting and adjudicating work, Craig is a leading freelance arts management consultant, and works closely with the renowned Welsh orchestral conductor Owain Arwel Hughes CBE and Wales' national classical music festival, the Welsh Proms Cymru, plus the chamber orchestra Camerata Wales l Cymru. Craig is a member of the Board of Directors of Sound Affairs, a trustee of the Grimethorpe Colliery Band, and a member of the Association of Brass Band Adjudicators (AoBBA). In addition to all of the above, Craig still supplies brass tuition to numerous schools and young musicians in his home county of Rhondda Cynon Taf, South Wales.

Further information on Craig and his current activities can be found at www.croberts100.com