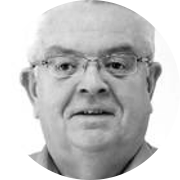 Stephen is a Music Director, Conductor, Adjudicator, Arranger and Instrumental Music Tutor of considerable experience. His main instrument is the Trombone and he has many former students who now earn their living in the music profession.

Most of his professional playing experience was as a trombonist in Military Bands, Big Bands, Orchestras and Theatre Bands. He was a member of the 5th Dragoon Guards Band in the army and toured extensively through mainland Europe, Canada and the USA. He has recorded extensively and appeared on radio and television throughout his varied career.

His brass band playing career started at the age of 9 and he has played for some of the world’s best brass bands including Leyland DAF and the Brighouse & Rastrick band to name but two.

Stephen is well known in the North of England as a highly successful and respected musician and has been the Music Director of some very good bands including the Every Ready Band, (the perennial Northern Area Champions), and the Carlton Main Frickley Colliery Band from Yorkshire, as well as other very good bands.

He has adjudicated and appeared at most of the major band contests including the Areas, the National Finals, the Mineworkers Final and the All England Masters Championships. He also adjudicates regularly at Whit Friday.

As an arranger and composer Stephen’s music has been used for the national “Music for Youth” Festival. “Pennine Music Publications”, publish some of his brass band arrangements which include a wide John Rutter to Michael Buble.

Stephen is one of the few adjudicators who hold the “Licentiates Diploma in Brass Band Adjudication” (LDBBA), awarded from Salford University and was mentored by the late Dr Roy Newsome and David Read MBE. He was only the fourth ever person to receive this honour and the very first person from the North West Area of England. Stephen has been a full member of the Association of Brass Band Adjudicators (AoBBA) since 2001 and is an approved adjudicator for the National Brass Band Championships of Great Britain and for Brass Bands England, (Formerly the British Brass Band Association).

Stephen is also Managing Director of a Ltd Company in Yorkshire specialising in Optical solutions for musicians with sight difficulties and he is also a radio presenter for an independent commercial Radio Station in West Yorkshire.