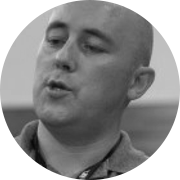 Jonathan is a freelance musician based in Belfast, Northern Ireland, regularly playing trumpet and cornet with groups such as the National Symphony Orchestra of Ireland, RTE Concert Orchestra, Ulster Orchestra, Insieme Brass and is currently musical advisor for the 1st Old Boys Brass Band.

He was taught cornet by his father, then trumpet by Paul Young at the City of Belfast School of Music becoming Principal Trumpet of the National Youth Orchestra of GB. Jonathan studied trumpet at the RNCM with John Miller and John Dickinson, during this time he developed a passion for brass band conducting leading to his appointment as Musical Director of Besses o' th' Barn Brass Band and Professional Conductor for Cwmaman Institute Brass Band. In 2005 he received his Masters in Conducting from the RNCM having studied with James Gourlay and in 2016 he was awarded his Ph.D from the University of Salford.

For several years, Jonathan was Director of Music and Gospel Arts for The Salvation Army in Chicago leading the after school music programs, youth groups, leadership seminars and founding the composite Red Shield Brass Band bridging the music into rehabilitation centres and areas of social depravity. He has been on the panel for auditions and final recitals at institutions such as Salford University and Northern Illinois University and has adjudicated for the Scottish Championships, NIBA and US Open Championships.

As an arranger, Jonathan's music has been performed/recorded by many music groups and soloists across the World — his passion is Classical/Choral transcriptions for brass with several pieces published by Brookwright Music. In 2019 he was part of the development of the new 800 DLX Cornet from Getzen Musical Instruments and is now Director of Getzen Ireland Ltd. the sole importer of Getzen instruments for the UK and Ireland.