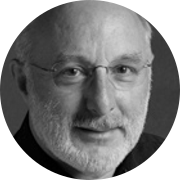 Kevin started his playing career on cornet at the age of 6, retired at 7, came out of retirement at 8 and is probably best known for his time as Principal Tenor Horn player for the world famous Black Dyke Mills Band, joining them at the age of 14, becoming its youngest ever player, and in the intervening years secured his reputation as one of the finest horn players of his generation.

Kevin was accepted into the National Youth Brass Band at the age of 12, and was the first recipient of the Pye Records award for the outstanding soloist within that band. He attended King Alfred's College, Winchester from 1970-73 during which time he was a founder member of the City of London Band, and the only member who was not a music student at one of the various London schools of music.

His contest achievements as a player include 7 National Championships and 6 British Open Championships. His final 'National' victory, still playing solo horn, with the Brighouse and Rastrick Band, coming 35 years after his first ' testament to his enduring excellence as a performer at the highest level of banding.

He has played with such eminent musicians as Andre Previn, Sir Paul McCartney and Sir Edward Heath, and has also conducted world famous performers such as Nigel Kennedy and Julian Lloyd Webber. He was principal horn with Kings of Brass throughout their ten year existence and co-presented BBC Radio's G.M.R. Brass for five years.

He has tutored international music schools in UK, Norway and Switzerland whilst his conducting career has proved to be highly successful both in the UK and abroad with numerous contest successes to his name with leading bands.