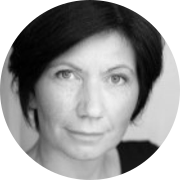 Based in the North West

Sarah Groarke-Booth studied music at University of Salford, gaining a BA (Hons) in Band Musicianship and a Masters Degree in Performance (specialising in conducting). As a conductor, she has worked with many ensembles including wind bands, brass ensembles and choirs. Her association with brass bands over the past twenty years has led her to direct bands in Wales, Bristol, London and the North West of England.

She has had many contest successes, including winning Regional and National titles. Following her musical studies and working as a brass tutor and conductor she attended the Bristol Old Vic Theatre School to train as an actor. Since then, she has performed in theatres throughout the country and appeared in various television programmes. She is also an experienced Compere and Voiceover artist and has worked as a Musical Director on a number of stage shows.

As a member and PRO of the Association of Brass Band Adjudicators, Sarah is regularly engaged as an adjudicator at contests throughout the country and she still finds time to fit in some trumpet playing.