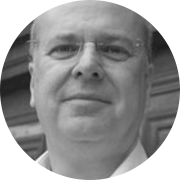 Nigel Seaman is a busy freelance conductor, teacher, brass band trainer and adjudicator currently working with a number of bands in Wales and beyond. In 2015 he joined the creative team of the Cory Band, the world’s top-ranked band, as their Musical Consultant, working closely with the band’s Musical Director, Philip Harper.

However, he still maintains a busy schedule. He has been tutor of tuba, pedagogy and brass studies at the Royal Welsh College of Music and Drama in Cardiff since 1977 and is much in demand as a conductor, teacher, mentor, adjudicator and brass band trainer.

Over the years, Nigel has held a number of appointments with all the top Welsh brass bands including Cory, Tredegar Town, Parc & Dare, Lewis Merthyr, Llwydcoed, Markham, BTM and Burry Port Town Band. He is currently Musical Director of Welsh Regional First section Champions, the City of Cardiff (Melingriffith) band.

Nigel is also much in demand as a freelance conductor and adjudicator, frequently working with a number of bands in Wales, whilst visits further afield have included Brighouse & Rastrick, Desford and Staffordshire bands, Faireys, Kortrijk (Belgian National Championships), amongst many others.

For 10 years Nigel presented the popular 'Sounding Brass' programme on BBC Radio Wales and during his professional playing and conducting career has travelled extensively in the UK and undertaken many overseas tours throughout Europe, USA, Canada, the Middle East and Far East, and during the past 39 years has directed over 400 contest performances and many more concert appearances with over 45 different bands.

In 2011 the prestigious Welsh Music Guild presented Nigel with the John Edwards Memorial Award, given in recognition of outstanding achievements in the field of Welsh music. This reflected Nigel's long career in the BBC NOW and his many years of music-making with brass bands in Wales. He is also a Silver Award recipient and Life Member and Executive Member of the South East Wales Brass Band Association.