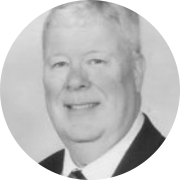 Simon Gresswell hails from Queensbury, born 1964 and started his playing under the guidance of the legendary James Shepherd. Having progressed through school bands and the very successful Queensbury Music Centre Band. Simon went on to become a member of Black Dyke Mills, Brighouse and Rastrick, Williams Fairey and YBS bands

During Simon's playing career he has been fortunate to win 20 major titles, including National, Open and European.

Simon is a former member of the National Youth Band of Great Britain and whilst with them was awarded the Arthur Atkinson Trophy in recognition of his outstanding playing and leadership.

Over the years Simon has been lucky to have many musical highlights including tours to Japan, USA, Holland, Belgium, Germany, Austria, Switzerland and Australia.

Other musical highlights were the themed Cry of the Celts and Windows of the World concert given by YBS.

Simon has also played on over 30 CD recordings, many of which have received CD accolades from the various brass band press outlets.

In 2004 he was voted into the All Time "top 10" BBb Tuba players by the brass band website 4BarsRest.

In 2005 Simon became a Yamaha Performance and Development Artist and took a leading role in developing the new range of Neo Tubas, released to the market with critical acclaim.

In 2015 Simon was invited to become a forming member of the Yamaha Neo Brass group. This group performs its own brand of music and educational material.

In 2017 Simon became a member of Tubular Brass which is a group of brass players touring Mike Oldfield's iconic Tubular Bells.

Simon is now much in demand as a tutor of lower brass, he works as an adjudicator and a conductor of brass bands in the UK and Europe. Working with music groups, bands and also HM British Army Bands.

In 2015 Simon was appointed Musical Director of Enderby Band, using the experience gained working under lots of legendary conductors, he has led the band to many contest successes whilst also performing many innovative concerts.