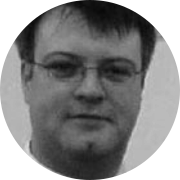 Gary first became involved in banding at the age of 8 when he joined the Cwmaman Institute Silver Band Junior Section, soon after joining the senior band. Here, Gary played a major role in the bands rise from the 4th section to Championship section, not only as the bands soprano and at times solo cornet player but as secretary and then chairman. At the age of 18 Gary became a member of the National Youth Brass Band of Wales playing soprano under the baton of Mr Bram Tovey.

During his playing career, Gary has won the Grand Shield, gained 5th place in the British Open, and played at the Royal Albert Hall for the National championships of Great Britain, as well as working with many influential conductors such as Cynon Jones, Stan Lippeatt, Steve Bastable, Graham O'Connor, Philip Harper, Nigel Seaman, Jonathan Corry, Michael Fowles and John Hudson.

In 2005 Gary became the Musical Director to the Tylorstown band, a position that he still holds today. During this period the band has seen un-paralleled success. In 2010 the band were crowned 2nd Section Welsh Regional Champions and 2nd section National Champions of Great Britain, a double that was repeated in the 1st Section in 2013.

In 2009, in addition to his commitment with the Tylorstown band, Gary became the MD of the Llwydcoed Band. Under his direction the band gained National promotion from 3rd Section to the 1st Section, qualifying for the Lower Section National finals for 3 consecutive years 2010-2012. During this period, Gary also led the band to the Welsh League 3rd and 2nd Section Titles, also gaining wins in both the 3rd and 2nd Section National Eisteddfod of Wales.

In 2012, Gary commenced adjudication training under the direction of ABBA. In 2013, having completed the necessary training sessions under his mentor — the vastly experienced Mr C Brian Buckley, Gary is delighted to have been offered and has accepted the position of associate member with ABBA,

In 2010 and 2013 Gary was awarded the prestigious Eric James — Welsh conductor of the year award. He is one of only 3 conductors that have held the title twice since inception in 1992.

Gary is a qualified accountant with his own business — so he can fit his banding commitments around work. Gary is married to wife Karen and they have four children together.

November 29 • Reading Band is a hard-working, positive and (most importantly) welcoming third section brass band who have a vacancy for a capable and committed ** SOLO HORN ** player.. . For more information about the band please visit our website.