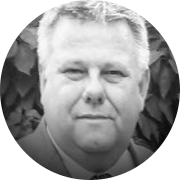 Started playing trombone at the age of 9 with Fauldhouse Miners Youth Brass Band.

Joined Whitburn Band in late teens under Major Peter Parkes and from then on over a period of forty years played with most of Scotland's top bands. Long successful spells at Unison Kinneil and Kingdom Brass took up most time before joining Kirkintilloch in 2014.

During this long career almost every Contest imaginable has appeared on David's CV, including Areas, National Finals The European Championships and The Open.

David only plays now when asked, preferring to assist when required on the conducting front whilst looking to adjudication as his main interest.