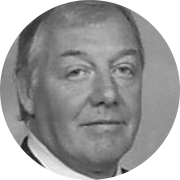 Alan started as a junior performer at the Royal Manchester College of Music and at the age of 17 was a full time student under the tuition of Terry Nagel who was principal trombone with the Halle Orchestra.

Throughout this period he was playing in the variety clubs and bands such as Hebden Bridge, Lockwood Band. Whilst at the RMCM he played in all types of groups and many top orchestra concerts.

He was part of two double wins, two hat-trick wins, BBC Band of the Year and Freedom of the City Of Bradford, tours to Switzerland, Germany, Holland, Ireland, recorded with Don Lusher, Morris Murphy and many guest soloists.

After leaving Black Dyke he joined the James Shepherd Versatile Brass, again touring abroad many CD and TV recordings and many concerts throughout the country under the musical direction of Ray Farr, Ray Woodfield and Frank Renton.

After 5 yeas with VB turned back to pro playing / teaching and touring the country with many top artists. This included session playing with the BBC Radio Orchestra, concerts with The New Squadranaires, Syd Lawrence Orchestra and the Northern Dance Orchestra.

By this time he had many pupils, and was full time peripatetic brass tutor for Bury Education, adjudicating at slow melody competitions and entertainment competitions and also had his own Trombone Group.

He turned to conducting at this time and started with Todmorden Band and moved on to conduct Whitworth Band, Rochdale Band, Goodshaw Band and helped out many more until he became involved in Marsden Band, who he took for 12 years, taking them from the 3rd Section to Championship Section.

After many great years he moved on and set out again on a trail of success with Uppermill Band and have come up from the 4th Section to First Section.

He left Marsden in September 2018 again with 5 wins and 5 podiums to add to his remarkable contesting results.