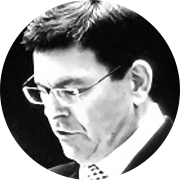 Howard is a Mus.B (Hons) graduate from the University of Manchester. He also holds LRAM, LTCL and ARCM (Hons) diplomas. As a postgraduate pianist at the Royal Northern College of Music, he gained a Diploma in Performance Studies, where his piano studies were undertaken with the distinguished Russian pianist and international teacher, Sulamita Aronovsky. He completed his Performance based MA (Dist) from Salford University, majoring in conducting. This was followed in July 2009 by his subsequent award of ‘Doctor of Musical Arts’ (DMA) from Salford University.

As a pianist and conductor he has performed at many major concert venues throughout the United Kingdom. He has also made regular visits overseas to Canada and the USA, as well as to The Netherlands, Norway, Sweden, Germany, Austria,
France, and Switzerland.

Howard has held posts including the National Bandmaster for the Salvation Army in the UK from 1988 to 1992, during his period of officership within the SA; Director of Music for the SA in the Netherlands, and conductor of the Amsterdam Staff Band from 2000 through to 2006. From 2007 to 2015 he held the post as Director of Classical Performance at the University of Salford. He has also been Bandmaster of the Boscombe Salvation Army band since April 2002.

In addition he has undertaken work as an examiner for the Associated Board of the Royal Schools of Music in Singapore, Macao, China, Poland, Oman and the UK, since 1998. He has been engaged on adjudication assignments for brass bands and music festivals, both in the UK and in The Netherlands.