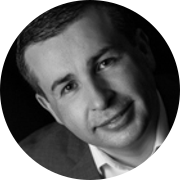 Mark started playing the cornet aged 6 with his local band Ellenbrook and Boothstown before moving to the Walkden Band and then Besses Boys aged 13 where he stayed for 5 years on Principal Cornet.

During this time he has been privileged to have won every major contest with Foden's including the British Open, National Finals, European Championships, Swiss, French and American Opens as well as numerous victories at the All England Masters Contest, Area Contest and Brass in Concert entertainment competitions.

As well as performing in France, America, Holland, Belgium, Norway, Australia, Switzerland, Italy and Ireland as a soloist Mark is also heavily involved in Youth education.

As well as being a founder member of the 'Northern Ireland Armagh Summer School' Mark is in demand on various summer schools in this country and abroad.

In 2010 Mark was appointed as 'Visiting Cornet Tutor' at the Royal Northern College of Music, Cornet Tutor at the 'University of Salford' and Cornet/Trumpet Tutor at 'Manchester Metropolitan University.'

In 2013 Mark released a Solo cd entitled 'Milestone' which received critical acclaim, designed and produced a range of cornet mouthpieces produced by 'Pickett Brass' and was appointed Band Manager of Foden's Band.

Mark is in demand in this country and abroad as a cornet soloist, teacher, conductor and clinician.

Mark is also in demand as an adjudicator and has adjudicated at a number of leading contests including various Area Contests, National Finals, Swiss and Belgium Nationals, Grand Shield, Pontins, Butlins and the All England International Masters.