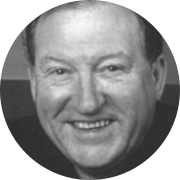 John Maines was born in Warrington, England. After initial lessons from his father, his early musical career started as a tenor horn player with the Prescot Cables Band. After a move to trombone he joined the Wigan Boys Club and Cammell Laird band in Birkenhead, Cheshire.

As a young player he became the North of England Junior Solo Champion and was invited to play for the National Youth Brass Band of Great Britain. A move to Cornwall saw John as principal trombone with St.Austell and Bodmin bands where he quickly made his mark with a succession of competition victories at solo competitions throughout the South West. It was at this time that he gained the title of Champion Trombone Player of Great Britain on three successive occasions. One of only two players ever to achieve a hat-trick in this event.

Since 1979 he has been a music tutor for the National Youth Brass Band of Great Britain and is a Council member of the same organisation.

John travels extensively in Europe taking him to such places as Belgium, Holland, Luxembourg and Denmark where he has taken part in various musical activities including the direction of the National Youth Band of Denmark. John’s academic work saw him graduate from Sheffield University with a BA (Hons) Degree.

John is in demand as a conductor in the UK directing many of our finest bands, as well as undertaking the role of Master of Ceremonies at many of the country’s prestigious events such as The National Youth Band Championships, The Great Northern Brass Arts Festival, The Harry Mortimer Centenary Concert and acting as compere for many of the world’s finest bands such as Black Dyke, Fairey’s, Grimethorpe Colliery, Fodens, Brighouse & Rastrick, Wingates, Leyland and Cory.

John was for a time the Musical Director of the world famous Versatile Brass group with whom he travelled extensively.
John is a writer for various music publications, and has taken part in many recordings for CD, Radio and Television. In addition to his everyday banding activities John was for many years the presenter of the long running BBC weekly band programme "GMR Brass” and in 1999 received the Manchester Music Makers award for his contribution to music broadcasting in the Greater Manchester area.

As well as his role as the in-house producer for Doyen Recordings John is also the presenter of World of Brass Radio on www.worldofbrass.com, an internet based programme of news, chat and of course brass music.