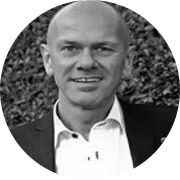 Paul first learnt to play Euphonium under the guidance of his father Len Andrews, between 1972 and 1979. In that time, Paul sort help from the legendary Euphonium player Lyndon Baglin, a man that to this day has a major influence on Paul's teaching methods.

He joined Roberts Bakery Band between 1979 and 1983, working with a colourful conductor who has given over 40 years to the same band, Colin Cranson. However, the lure of top flight banding was too much; particularly the persuasive skills of Richard Evans, a man that was to become a major influence on Paul's life and remains a close friend and motivator to this day.

The time spent in Leyland Vehicles Band was the most rewarding as a player; playing in some of the finest auditoriums all over the world. CDs, Radio Broadcasts and television appearances seemed to be part of life's daily routine at that time. By the end of 1989, 6 fantastic years with Leyland and a Euphonium career of 17 years under his belt, Paul looked for new pastures to continue his thirst for ambitious projects, conducting seemed the natural progression.

For the next 11 years, he was to learn his conducting trade from bands such as Bedford (Leigh) Band, City of Stoke, Besses o 'th' Barn and for 5 years enjoying an associate conductor's role at Carlton Main Band with his great friend John Hinckley.

In September 2001, Paul together with one of his closest friends, Andy Dale, formed Wire Brass. Wire Brass started life in the 3rd section; however, it took them 5 years to become a Champion section band. Between 2001 and 2011 the band became the most progressive band in the world and solidified its position as one of the country's top bands when establishing its final world ranking position of a credible placing of 38th.

Paul has found himself in great demand not only nationally but internationally. His forays to the other side of the world in Australia have been particularly successful with Brisbane Excelsior Band.

Since becoming a conductor, Paul has more time now to dedicate himself to his passion of Professional Development. The 2012 Northwest Area 4th section Championships brought about a victory for Golborne Band, the band had not won a contest for 20 years and had never won the Northwest Area 4 section Championships in their history. The professional development programme put into place over an 8 week period, proved fruitful to the band.

Outside of Paul's brass repair and sales business 'Brass Toff' that he established in 1983, he currently finds himself conducting the World Famous Wingates Band. Since joining the band in 2013 has already seen them rise to a respectable top 30 position in the world. With 17 years' experience as a player and 25 years to date conducting experience, Paul considers himself ideally positioned to offer help in many areas, from teaching, band training, conducting and ultimately adjudicating.

January 23 • We are looking for hopefully full time PERCUSSIONIST AND CORNET PLAYERS but would also welcome short term assistance for up to the areas where we are playing the exciting Aeronaughts in the 2nd section.Rehearsals are on Wednesdays with more as required.