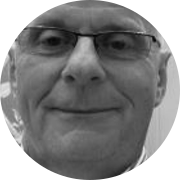 Martyn's musical career began at the age of 11 when he started learning to play the cornet at Mossley Hollins School and Dobcross Silver Band. After 3 years he successfully auditioned for a place in the National Youth Brass Band of GB. During his time playing with this group he was fortunate enough to play under the musical direction of some of the legends of brass banding including Sir Harry Mortimer, Eric Ball and Geoffrey Brand.

After 4 years of study, Martyn graduated from Manchester University and began a successful career as a music teacher.

In 1979 he joined the teaching staff at Oldham Council Music Centre, an organisation with which he stayed until his retirement in 2013 from his post as Deputy Director of Music.

During the 34 years Martyn spent in Oldham he taught and inspired hundreds of pupils many of whom went on to pursue successful careers as a professional. Throughout his teaching career, Martyn continued to freelance as a player in Orchestras and Big Bands and as a conductor and player in brass bands which have included Glossop, Rochdale Wilsons, Mossley, Besses o' th' Barn, Leyland, Wingates and the City of Bradford.

In late 2013 Martyn was appointed as Musical Director to the James Shepherd Versatile Brass. He was delighted and privileged to conduct this world famous group of talented musicians, fulfilling a busy schedule of concerts, recordings and tours until the group disbanded in December 2015.

In addition to fulfilling a busy freelance schedule as a player, teacher, adjudicator and conductor, Martyn has recently taken over the baton again at Ashton Band, leading them to immediate success with a win in the 1st section at the North West Area Contest and a 3rd place in the Spring Festival and is looking forward to leading them to future success next year in the Grand Shield and Championship Section.