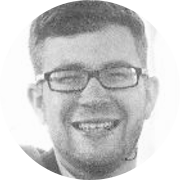 Dave has recently graduated from the University of Durham with a First Class Honours degree in Music. At the university he specialized in composition with Dr. Richard Rijnvos, arranging and conducting with Ray Farr and Orchestration with Dr. Bennet Zon.

Dave's compositions have been performed throughout the country by a variety of leading soloists and ensembles including Charley Brighton, Desford Colliery Band, The Fishburn Band, The Milnrow Band, and The Band of the Kings Division of the British Army.

Dave's first work for band, Lament was premiered by The Milnrow Band in 2008 conducted by John Ward and from this point his compositions and arrangements have been played across the world.

Commissions have been received from the Aalborg Brass Band, Nordvestjysk Brass Band, Rochdale Music Service, Bon Accord Band, Durham University, Beverley Band and the Belle Vue Band among others, and he is always looking to collaborate on new ideas.

Dave is currently working on a project with Schott Music Publishing to adapt a number of works for band of the British minimalist composer Steve Martland as well as fulfilling a number of commissions he has received.