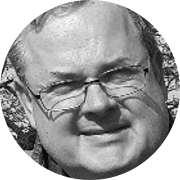 Phillip hails from the South Cheshire town of Sandbach, home of the famous Foden's Band. Joining them in 1981 at the tender age of 14 he spent almost five years there, under Howard Snell, before securing a place at the Guildhall School of Music, where he studied trumpet with Paul Cosh and Rod Franks, and conducting with Alan Haseltine.

After graduating from the Guildhall, he undertook freelance trumpet work before pursuing a career in publishing, firstly with Boosey & Hawkes and later with the Guinness Book of World Records. He then went on to spend 13 years at Faber Music as Sales & Marketing Director. Phillip left Faber in 2011 to set up Timbercroft Publishing and relocated his family and business to the Isle of Wight in the Summer of 2017.

Whilst at the Guildhall, Phillip played for a number of bands in the London Area including Hanwell, Regent Brass and Redbridge, playing Principal Cornet in the latter two. He moved his banding ties back to the North West in 1993, signing for BNFL (Leyland) Band and went on to win the British Open under Richard Evans. He relinquished playing with Leyland in 1996, which is when he took up the baton. His first band was Brent Brass, with whom he won the Fourth Section National Championship Finals in 1997. After a spell with Luton Band and Regent Brass he accepted the position of Musical Director at Ware Brass in 2006, seeing them through steady promotion to the First Section, as well as making them one of the most successful concert-making bands in the Southern Counties. That happy relationship ended when Phillip moved to the Isle of Wight in the Summer of 2017.

Phillip began adjudicating in the early 1990s, but sadly had to forfeit that responsibility whilst working as Director for Faber Music. He returned to adjudicating in 2012 and has recently adjudicated at both the London & Southern Counties and West of England Areas as well as Butlin's. Phillip is a member of AoBBA and also served on the AoBBA Executive from 2013-2017.