Steven Mead has gained widespread critical claim for his performances of the Alan Hoddinott 'Euphonium Concerto' in Switzerland.

Renowned conductor Douglas Bostock (above right) celebrated his 18th and final concert series with the orchestra by being granted the rare privilege of picking the entire repertoire and guest soloists — and insisted that the concerto centrepiece was to be Steven performing the Alan Hoddinott 'Euphonium Concerto'.

The four concerts were received ecstatically by the large audiences in Aarau, Zolfingen and Baden, with local, regional and national newspapers full of critical acclaim.

So much so that the respected music critic of the 'Aargauer Zeitung' publication wrote: "The expressive musical language of Alan Hoddinott is in great contrast to 'The Sea' by Frank Bridge (which was also featured on the programmes) and which give a shimmer to the overall sound in the interplay with the rarely heard euphonium — a tuba in the baritone register.

An enticing sound world is created in a concerto belonging completely to the soloist Steven Mead who is exceptional and in his musical element.

The instrument has impact not only in the lyrical passages but even in the last, highly virtuosic section. It demands everything of the soloist in an adventurously quick tempo, but it does nothing to interrupt Mead's inspired playing. Fabulous!"

Meanwhile, Steve told 4BR that the response to the performances has been particularly heartening.

"It's been incredible,"he said. "To be asked to perform was a great honour, and to explore the Hoddinott Concerto has been a joy. The response however has been something else — informed and engaged from critics and the listener alike.

It shows that the euphonium deserves its place as a featured orchestral concerto instrument."

Steven is now set to perform with a symphony orchestra again, this time at the International Tuba Euphonium Conference in Iowa, USA. With the Orchestra Iowa, he will be featured on 32 minute 'Hallows' Concerto, by German composer Rolf Rudin, originally premiered by Steven and the Stuttgart Philharmonic Orchestra in 2009. 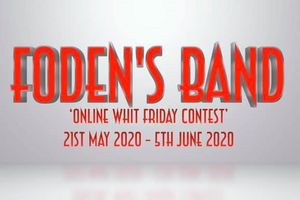