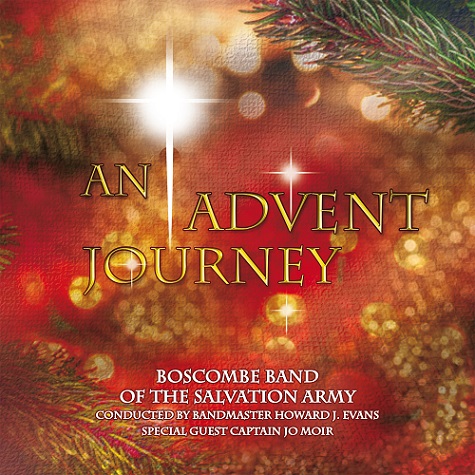 This engaging festive CD from one of the Salvation Army’s most respected Corp bands is something of a liturgical prequel to ‘An Easter Tale’ which was released in 2018.

It follows the same structural format; in this case telling the story of the birth of Christ, from prophecy to incarnation, opening with a cleverly realised ‘Angel Trumpets’  prelude that acts somewhat like an operatic overture of the musical highlights to come.

Each track is followed by a short narrative passage taken from the Gospels, read by Captain Jo Moir (the previous release featured the Rev Richard Cole). It makes for a clearly defined advent journey; the listener led to Bethlehem with a cultured sense of musicality (and some wholesome singing) that underpins a series of fine arrangements and realisations from Richard Phillips, Andrew Mackereth, William Gordon and Ray Steadman Allen to Keith Wilkinson, Norman Bearcroft, Morten Lauridsen and Andrew Wainwright.

The upbeat ‘Farandole’  and poignant ‘Coventry Carol’  lead to the ultimate incarnation of goodness and purity with ‘O Magnum Mysterium’  and the uplifting ‘Illuminate’.

Recorded with a respectful ear to the acoustic and directed with fluidity by Howard J Evans - who also provides his own ‘Descendit Lux’  and ‘Away in a Manger’,  it is a mix of the magical and majestic, melancholic and joyful (none more so Handel’s ‘For unto us a child is born’  from ‘Messiah’  and ‘Joy to the World’).

There are also a brace of measured lyrical solo leads from principal cornet Craig Snell on ‘Who is He?’  and John Starkes on ‘O Holy Night’  and some clever little tweaks to the familiar strains of ‘The First Nowell’  and a witty ‘Joyous Carillon’.

The upbeat ‘Farandole’  and poignant ‘Coventry Carol’  lead to the ultimate incarnation of goodness and purity with ‘O Magnum Mysterium’  and the uplifting ‘Illuminate’.