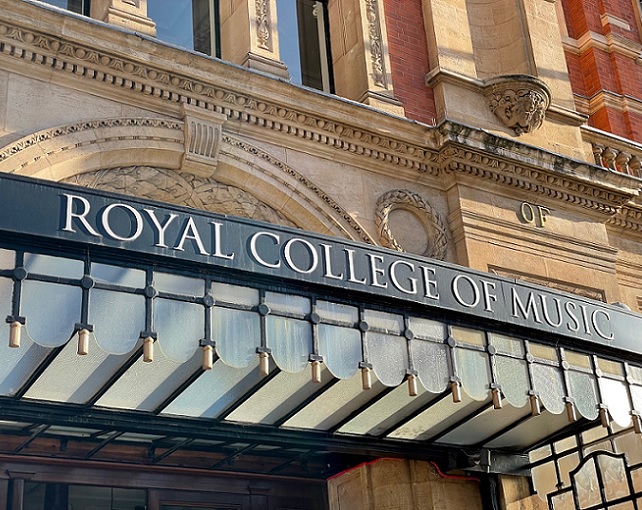 This was a concert fully embracing the National Youth Brass Band’s rejuvenated sense of identity and purpose.

Beautifully conducted by Martyn Brabbins, who drew remarkable levels of musical maturity from his young performers through a paternal osmosis of trust and understanding, it was an artistic reaffirmation of all that the organisation now so confidently aspires to.

The centrepiece was the world premiere of Peter Graham’s latest opus, ‘Hyperlink’.

A darkly hued ensemble plate of ‘organic’ digitally sourced spaghetti threads, it cleverly paid homage to Bach (the famous 'Toccata in D Minor' opening crashing as if overcome by the spirit of the Abominable Dr Phibes), Vaughan Williams, Ray Steadman Allen and others - via inflected nods and ciphers of previous works and influences.

Compactly structured into three movements, it left a satisfying imprint of expectancy on the mind for the contesting battles to come across the road at the Albert Hall in October.

Compactly structured into three movements, it left a satisfying imprint of expectancy on the mind for the contesting battles to come across the road at the Albert Hall in October.

The concert opened with the MDs ‘Here and There’  – with its own homages to his time in Leningrad and the tutelage of Edward Gregson, whilst his subtle appreciation of both the troubled and uplifting soulfulness of Eric Ball’s ‘Resurgam’  certainly made the spirits rise again from the depths.

A deep sense of ineffable presence also permeated John Pickard’s ‘Men of Stone’, played with earthy magnificence – the low brass stanchions driven deep into the timeless soil of history, whilst John Ireland’s ‘Comedy’  echoed with perky character - a portrait of the capital and its people of an era long gone, but somehow, always with us.

Anna Bereford confidently took the opportunity to shape a cultured reading of Denis Wright’s romantically inclined ‘Tintagel’ - aided by some splendid solo playing in the central ‘Elaine’  movement, as well as the more Hollywoodesque attachments of Brabbins’ own ‘There and Back’.

The wow factor though came with ‘Canteloube: Songs of the Auvergne’,  sung with evocative, shimmering beauty by Nardus Williams, who was able to hold the rapt attention of the audience thanks to a remarkable score realised by Paul McGhee – sparse and delicate, yet so richly coloured and enhanced by some outstanding solo cameos and percussion work.

‘Padstow Lifeboat’  played with just the right controlled foghorn absurdity and a tender rendition of ‘The Day thou Gavest’  brought a very fine evening of celebration to a close.