There was a great turn out of playing talent in Dalmellington — as well as the great Lyndon Baglin to show them all how its done.

Performing in front of their peers, friends, relatives and dignitaries, each player gained a tremendous ovation as they set out to impress the very special guest adjudicator, Lyndon Baglin.

In addition to the fine playing, there was an excellent 3 course dinner and drinks for the listeners to enjoy, who this year included Andrew Duncan, SBBA Development Manager.

In his official remarks Lyndon said that he had been delighted with the playing from all of the competitors and declared his astonishment that 21 band members were brave enough to take part!

Prizes were presented by Jack Stirling, a former player with the band.

In the short concert following the results ceremony, Lyndon delighted the audience with three of his signature solos4BR

In the short concert following the results ceremony, Lyndon delighted the audience with three of his signature solos, including 'Grandfather's Clock', Endearing Young Charms' and 'Rule Britannia', before the day ended with humorous touches from Band President Bert Ritchie and the march 'Old Comrades' from the Dalmellington Band, conducted by Hugh Johnstone MBE. 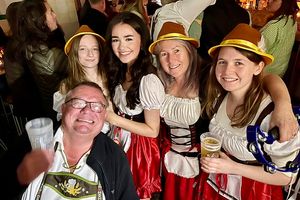 The power of Yorkshire musical electricity

October 4 • The good folk of Holmfirth enjoyed the musical power of the new Hade Edge Hofbrau Band thanks to a mix of ingenuity and beer... October 4 • The world renowned brand has announced major changes to its management set-up. 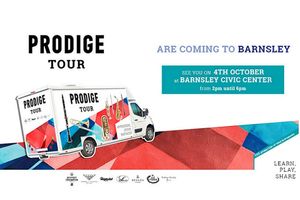 October 3 • Buffet Crampon is heading out on the road to bring the experience of performing on their Prodige students instruments to your doorstep.