The 100th anniversary Spring Festival takes place at Blackpool's Winter Gardens this weekend with some great tests of musical character to challenge the bands. 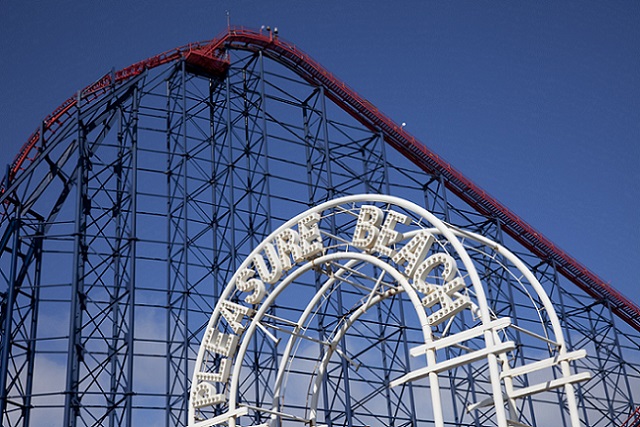 It’s a remarkable testament to both its longevity and popularity that after an enforced two year break the triptych of linked contests maintain such a powerful lure for bands wishing to claim a place at the British Open.

Get here (through the series of qualification contests to start with) and you could be just three years away from a coveted place at Symphony Hall.

That said, given the close competitive quality of the Senior Trophy, Senior Cup, and especially the Grand Shield, it could also turn into a long wait too. Blackpool has many delights, but for bands with ambitions to stake their place at the ‘Open’, it is not one they wish to become over familiar with year after year.

Like its famous rollercoaster ride - there are plenty of ups and down to endure before you can safely say "not again"...

For instance, there are five Albert Hall National Championship finalists competing in the Grand Shield. In addition, there is an Albert Hall qualifier in the Senior Cup alongside two Cheltenham National finalists. The Senior Trophy also features one London bound band and four other Cheltenham finalists.

Like its famous rollercoaster ride - there are plenty of ups and down to endure before you can safely say "not again"...

The two-year break has meant that the set-works to be performed were retained from what would have been the 2020 event - with Peter Graham’s 2019 British Open work 'Dynasty'  testing the 19 Grand Shield contenders (Woodfalls have withdrawn from the original line-up).

Hubert Bath’s ‘Freedom’  provides the stylistic challenge in the Senior Cup, with Cyril Jenkins’ classic ‘Life Divine’  in the Senior Trophy - works picked to reflect the proud centennial history of the Spring Festival which first took place in 1922 at Crystal Palace.

Two bands from the Grand Shield will be invited to compete at the British Open at Symphony Hall on Saturday 10th September. Promotion and relegation between sections remains the same, with the bands notified which ‘half’ of the contest they will perform in to help with travel and rehearsal arrangements.

The day has been structured to try and ensure that the three contests will hopefully finish at approximately the same time so that the results can be announced at the conclusion of the Grand Shield event.

Much to play for then, with the Grand Shield contenders faced with Peter Graham’s ‘Dynasty’  - a ‘symphonic poem’ inspired by the musical life of the legendary Harry Mortimer. 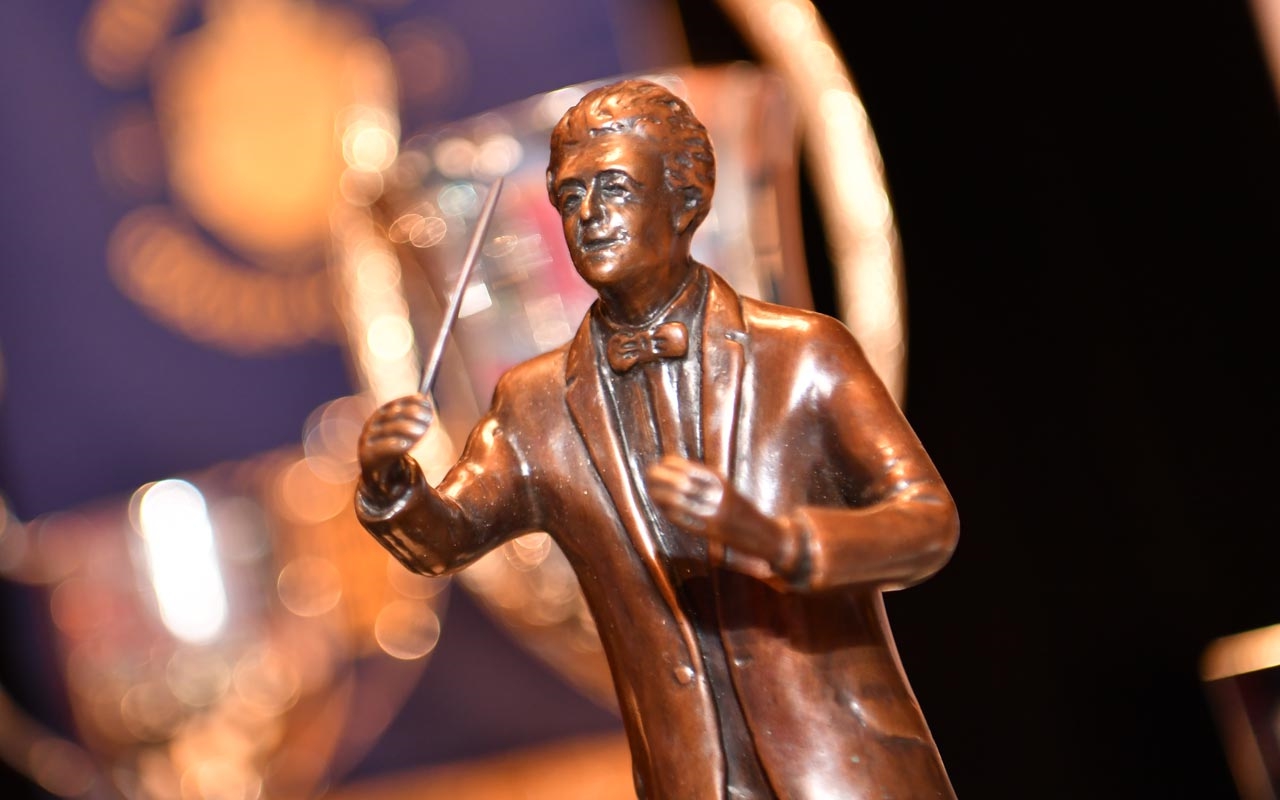 The composer describes it as something of ‘a musical adventure story’ – and takes its ‘dynastic’ linear development from Mortimer’s own literary recollections.

It is a deliberately romanticised story of a player destined from birth to be the ‘best cornet player in England’ – initially driven by his father through to his first major contest experience at Crystal Palace in 1913.

Fred's own war time experience is recalled, which contrasts with Harry’s own development in theatres and musical hall orchestras and ensembles at home.

New post war challenges follow, as joined by brothers Rex and Alex under their father’s baton they become the stanchion points of the great Foden’s Band of the 1930s, before the baton is passed to Harry on his father’s death.

His playing and conducting successes are recalled through direct and indirect quotation – from ‘Sovereign Heritage’  to ‘Messiah’  with the work ending in a dramatic fugue that closes in a triumphant affirmation of a life of musical glory and achievement.

Peter Graham’s writing style is very familiar to bands at this level (and those that have qualified for the Royal Albert Hall later this year will be faced by more of it with his work, ‘Hyperlink’); tonal, melodic and clearly defined.

The Messiah to close...

There are no hidden ciphers to crack, no enigmatic references to reveal, no need for conductors to do anything more than entice a performance from their bands (and soloists in particular) balanced between nostalgic warmth and modern-day disciplines to hopefully gain one of the two ‘qualification’ places on offer.

It promises to be a thoroughly absorbing battle.

Due to the two-year break, the set-works for both the Senior Cup and Senior Trophy have a timely poignancy.

‘Freedom’  was written for the 1922 National Championships held at Crystal Palace, where in his programme foreword, John Henry Iles spoke of brass band music’s power “to hush every thought that comes out of the bitterness of things, to sooth the hurts, to bring sweet peace to the troubled mind”.

“to hush every thought that comes out of the bitterness of things, to sooth the hurts, to bring sweet peace to the troubled mind”.

Given the terrible circumstances that the people of Ukraine face at present, the inspiration based on the ‘freedoms’ of nature, romance and laughter are a reminder of things so easily threatened and lost. 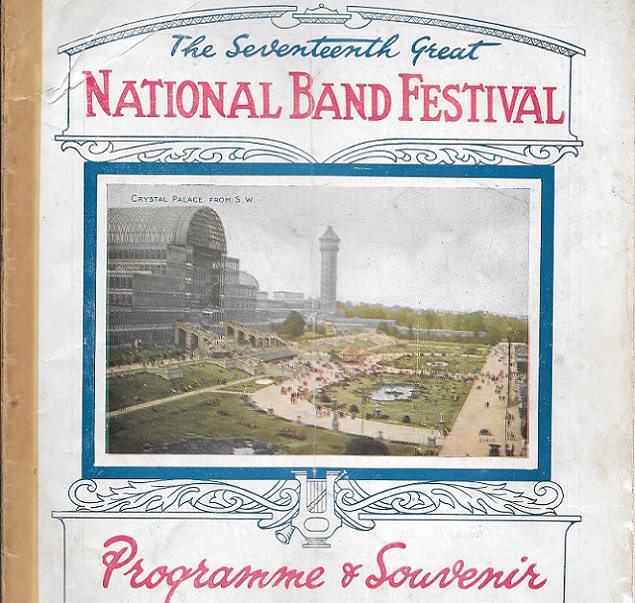 The score is very much of its time (including the plethora of engraving mistakes, no flugel and limited percussion needs) – but approached with stylistic consideration and especially rhythmic and dynamic accuracy in the first and third movements, it reveals its defined character with engaging openness.

The central ‘Interlude’  is a gem of expression and tasteful rubato; sweetly sentimental, led by a solo cornet who will have to display ‘Mortimeresque’ qualities of delicate artistry. The filigree accompaniment, with a dynamic range from pppp  to just mf, is as testing as anything written today.

The central ‘Interlude’  is a gem of expression and tasteful rubato; sweetly sentimental, led by a solo cornet who will have to display ‘Mortimeresque’ qualities of delicate artistry. The filigree accompaniment, with a dynamic range from pppp  to just mf, is as testing as anything written today

Despite its age and modern-day limitations, it remains a very difficult work to master.

Much to consider and appreciate then for the conductors as there is for the players of the 21 bands.

So too ‘Life Divine’ - written for the National Championship in 1921.

It is also inspired by the thoughts of a life of freedom; in this case based on the esoteric elements of seriousness and dignity, optimism and happiness (although not ‘devoid of humour’ as the composer notes), stress and trouble, and finally the freedom that comes from the ‘enobling power of true love’.

It is certainly a test to this day – its dramatic impulses, bombast and imperial sentiments almost a caricature of silent movie writing; all devilish baddies with twisty moustaches tying forlorn damsels to train tracks.

The link between Hubert Bath and Jenkins is an interesting one. Jenkins (born in Swansea in 1885) succeeded Bath as Director of Music to London County Council, were he organised band concerts in its parks.

As with Bath, it also funded his work as a composer, and he enjoyed considerable success, especially his part-songs, which were well-regarded by critics and fellow composers. At the 1921 Championships, Jenkins sat alongside Bath in the adjudicator’s box.

Although not regarded as anything other than an “efficient and extremely prolific composer”, according to the respected academic historian Prof Trevor Herbert, with ‘Life Divine’, and to a much lesser extent ‘Coriolanus’  (1920), ‘Victory’  (1929) and ‘Saga of the North’  (1955) he provided the banding movement with a work that was, “something of a model for the format for others to move to original idiomatic writing and away from the prevailing practice of simply adapting existing works.”

It is certainly a test to this day – its dramatic impulses, bombast and imperial sentiments almost a caricature of silent movie writing; all devilish baddies with twisty moustaches tying forlorn damsels to train tracks.

Repiano and baritone players in particular will know how she would have felt with the dangers of the oncoming locomotive – the technical writing requiring febrile dexterity to emerge unscathed.

Lots to look forward to then.