Learning from the results of history
From Edinburgh 1886 to the Midlands 2020...

Mistakes have always been made at brass band contests, but surely the time has come for a 21st century approach that works for everyone... 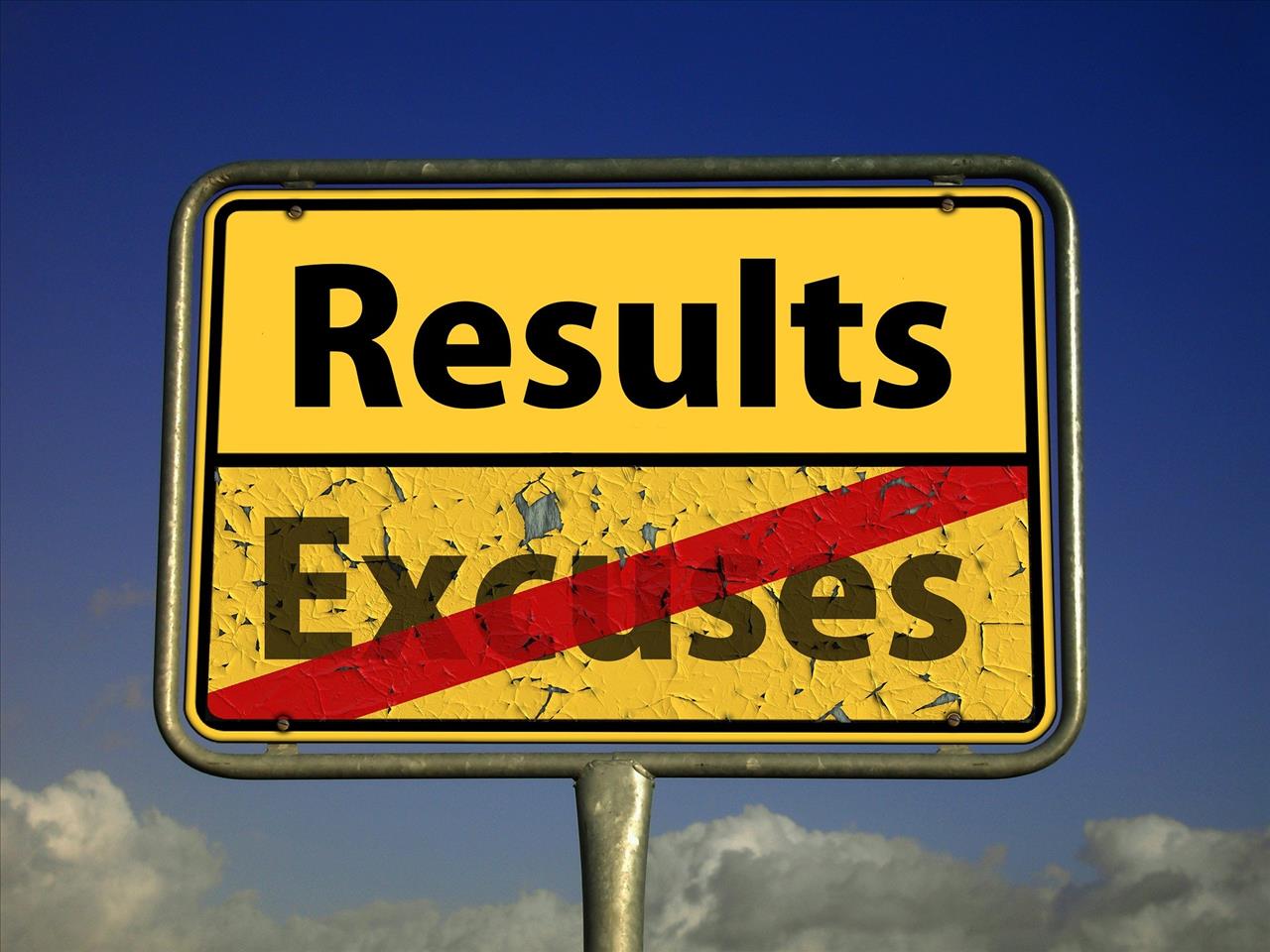 In terms of contentious contesting results, there really isn’t anything new under the brass band sun.

In October 1886, rivals from opposite sides of Hadrian’s Wall battled for a first prize of £60 at an open air contest held in Edinburgh.

It was ‘eventually’ won by Besses o’th’ Barn conducted by Alexander Owen, playing his arrangement of ‘Rossini’s Works’ - a piece that had brought them extensive success over the previous two years.

Eventually is the right word though, as before a note had been blown, rivals objected to Mr Owen being engaged to conduct several bands on the day (including Black Dyke).

However, the organising committee found in his favour, although by now he wasn’t the most popular Englishman in Edinburgh - especially as it was revealed that two of the judges (Messrs Marsden, Goodall and Lockyer) had already awarded Besses first prize playing the same piece at Alloa earlier in the year. 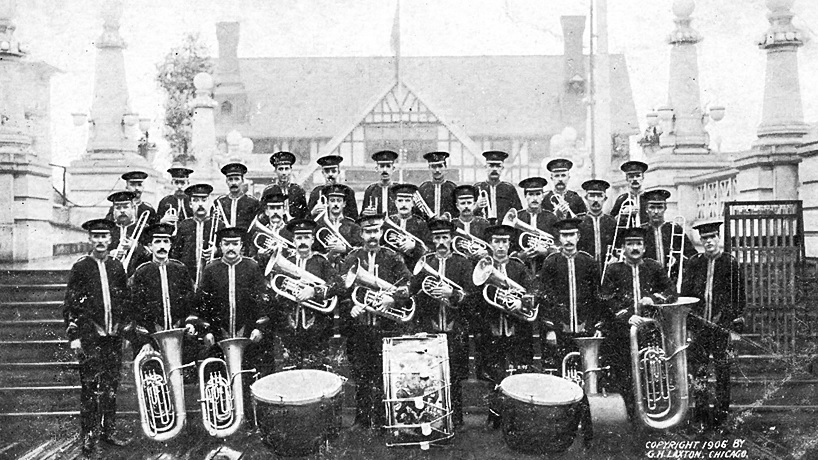 Everyone knew no other band else was allowed to play the arrangement (they were later barred performing it at own-choice contests), and such was the acclaim that day that locals held up the train so the band could board it 15 minutes after it was due to leave.

To make matters worse in Edinburgh though, after they had played there was one heck of a cock-up in the announcement of the results.

Hawick Saxhorn had decided to withdraw - although not until the contest was underway. Drawn 11, the organisers forgot to tell the adjudicators.  Add to that, the last band of the day didn’t perform either, as they had to leave early to catch the last train home.

Then, to add to the increasing mix of mayhem, Hawick was announced in fourth place, even though they hadn’t taken part, whilst the winner, to general bewilderment, was band number 15 - the unfancied Heywood Borough.  Besses, the pre-eminent band of the age, was nowhere...

Confusion soon became chaos, which in turn led to accusations of incompetence and corruption - until a rather put upon contest organiser was forced to check the results sheet again and admitted that it was simply a right Scottish Horlicks.  Besses was in fact the winner.

Confusion soon became chaos, which in turn led to accusations of incompetence and corruption - until a rather put upon contest organiser was forced to check the results sheet again and admitted that it was simply a right Scottish Horlicks.

A lack of communication and a mistake in the paperwork had almost provoked the first cross border battle between the ‘auld enemy’ since Culloden. Thankfully, the Union held firm.

It has of course happened every now and again since - although given the vast number of brass band contests held since 1886, thankfully, they are rarities. 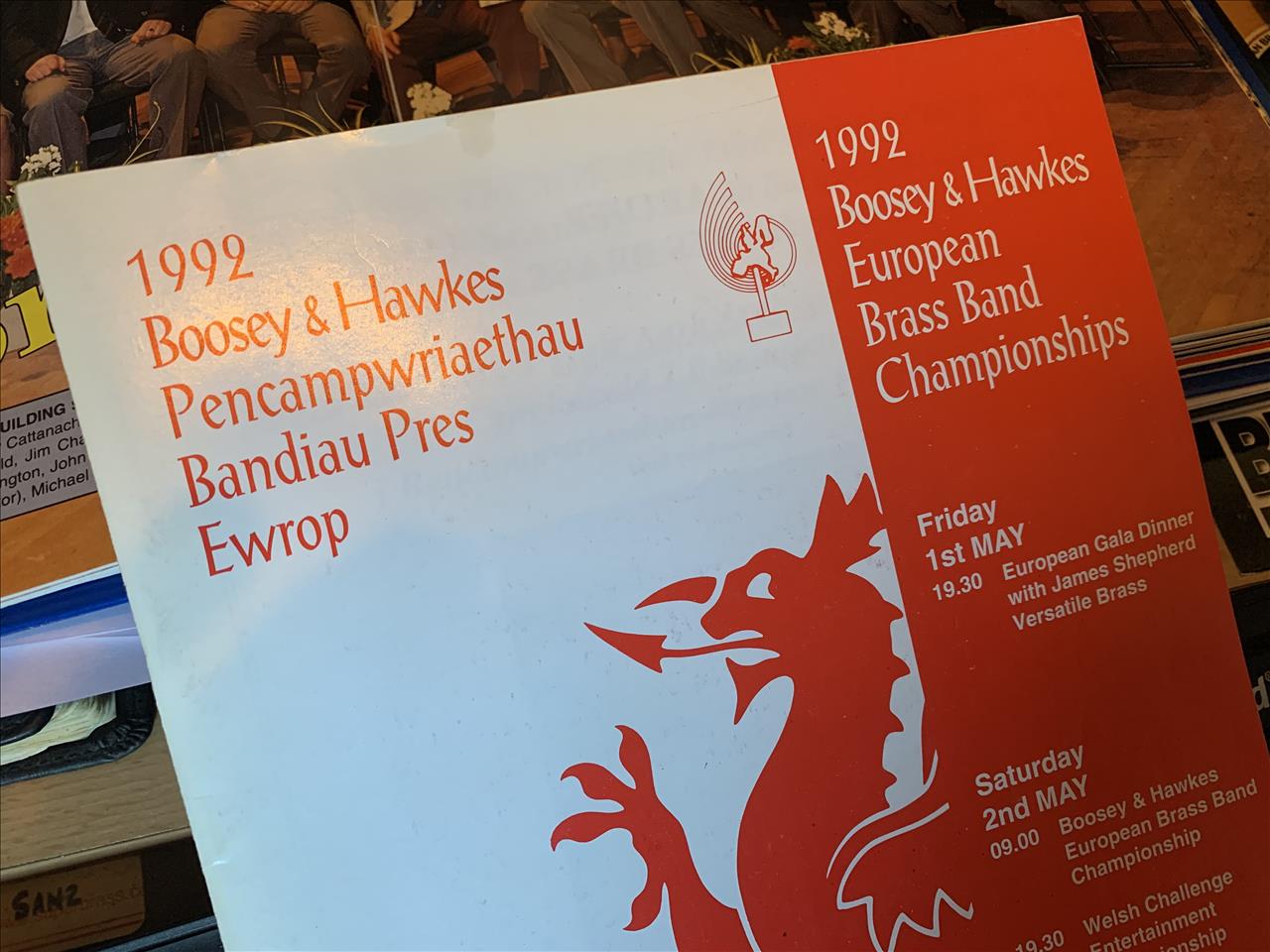 That said, the 1992 European Championships held in Wales will forever be remembered not only for Foden’s exceptional victory, but also for a result even more wrong at first glance than that made by the referee after All Blacks rugby player Andy Haden dived out of a line-out like Johnny Weissmuller plunging into the depths of the Zambezi River to tackle an irate crocodile.

So bad was it that the sponsors ended up paying out prize money compensation.

And only last year the results scrutineers at Brass in Concert also managed to get their figures in a twist.

No system is foolproof - although on second thoughts, that may be the wrong choice of word...

Which brings us to the Midlands Third Section Regional Championship contest in Kenilworth earlier this month.

Now that the dust has settled, the obvious conclusion is that, much like that 1886 event in Edinburgh, it was a simple administrative cock-up; human error in using a system that in theory should have had the checks and balances to ensure mistakes could be identified and rectified.

Unfortunately for the keyboard conspiracy theorists it was nothing more, nothing less: No collusion from the judges, no incompetence from the organisers - and given that the first prize on offer was only £200, and the fee to the adjudicators barely more than the minimum wage for the hours spent in preparation and actually judging, no financial motive for corruption either.

Unfortunately for the keyboard conspiracy theorists it was nothing more, nothing less: No collusion from the judges, no incompetence from the organisers - and given that the first prize on offer was only £200, and the fee to the adjudicators barely more than the minimum wage for the hours spent in preparation and actually judging, no financial motive for corruption either.

The level headed sanguine manner in which Kevin Holdgate, the MD of the Newhall Band which was mistakenly announced as the winner, accepted the unfortunate error, has been a lesson to us all.

Disappointed and understandably annoyed, he took time to reflect on what had happened before penning his response to the Midlands Regional Committee and the Association of Brass Band Adjudicators.

As a result, his correspondence (seen by 4BR) has clarity of reflection borne of years of experience as a top class musician as well as a career in high level banking.

More importantly, his constructive criticism was balanced with equally constructive observations to ensure such an error did not occur again. 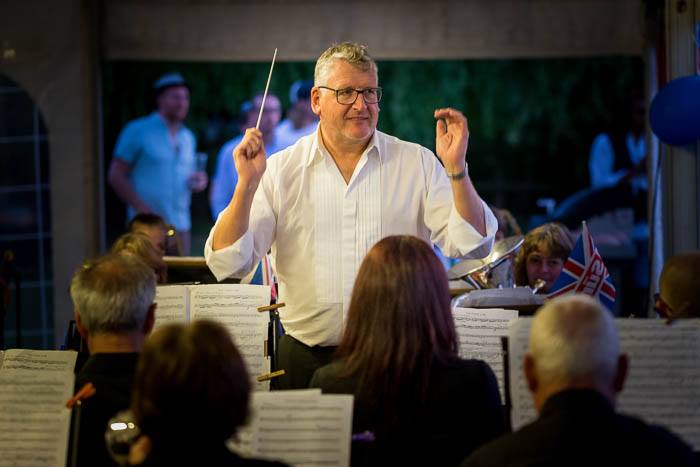 Kevin Holdgate at the helm of Newhall Band

Speaking to 4BR, at no point did he single out blame or play to the puerile response of the ‘heads must roll’ brigade of keyboard tricoteuse that erupted in the immediate aftermath of the contest.

“That would have been the easy option,” he said. “But would use would it have served?  The Midlands Regional Committee is one of the hardest working and well led brass band organisations I’ve worked with over my long career. Without them we would have no contest. The same goes for the judges.

This was a genuine mistake that was compounded by a system that needs to be reviewed and modified. There will always be errors that occasionally creep through, but we need to work together to improve things.

What is a required is a robust, uniform system of results correlation that is used by all judges at all Area contests - and for players, conductors and audiences alike to know how it works.”

This was a genuine mistake that was compounded by a system that needs to be reviewed and modified. There will always be errors that occasionally creep through, but we need to work together to improve things.

He added: “I’ve been informed that my correspondence will be discussed by both the Midlands Regional Committee and the Association of Brass Band Adjudicators when they can meet again.  I’m grateful to them for that, but I also hope it leads to a tightening up of essential procedures.”

Kevin was keen however that there will also be a review of the process of communication, if in future something does go wrong.

“Having worked in an industry where breakdowns in communication can have damaging consequences, I think contesting needs to update its approach. Using social media, however well intentioned, to inform bands was the wrong way to go about things. Clear guidelines need to be put in place.”

He added: “The first people to be informed should have been those directly affected. The use of a single point of contact from the organisers to each band, with clear, unambiguous communication of any problems or amendments to the results should be undertaken. An appropriate press statement can be issued after this.”

Kevin continued: “I appreciate that the unique circumstances meant that the delay was a result of not having this procedure in place, but it meant that the trophy had already been presented and the wrong band was celebrating a victory that didn’t occur.

What we must now ensure is that it doesn’t happen again.

The implementation of clear procedural guidelines for the collation, review and presentation of the results, between the Adjudicators Association and the Regional Committee can be undertaken. I’m willing to help to achieve this and I’m sure others with the appropriate experience will be too.”

Kevin also hopes that the break in the contesting calendar can also be used to reflect on the competitive structures of the Area contests.

“Perhaps the time has come for each Regional Committee to take a closer look at how things have got progressively out of kilter since the introduction of the First Section.

I feel decisions need to be made to provide each region with a pyramid structure that reflects true standards so that promotion and relegation issues can be seen to benefit bands in their long term development rather than their short term survival.

We have to learn from our mistakes - all of us - so why not start now when we have the chance.”