A conductor whose record stands proudly with the finest conductors of his generation, but is now somewhat largely forgotten...

Brass band historian Tim Mutum has been asked by 4BR to curate a ‘Hall of Fame’ of players, conductors, composers, adjudicators, entrepreneurs, administrators and personalities who have helped to shape as well as drive the brass band movement from its beginning to the modern day.

The undisputed giants of Gladney, Rimmer and Mortimer will of course be included, but so too those who may not so readily be spoken of as ‘greats’ but whose contribution should without doubt be marked.

We hope you enjoy the series, which we also hope will be added to with further information about each person as we develop it further. 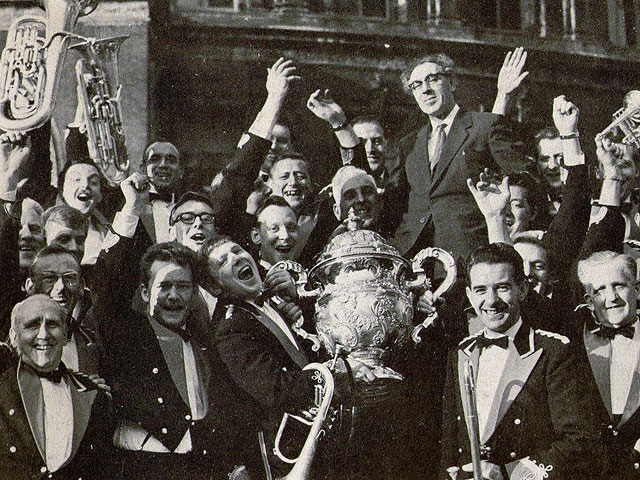 On the shoulders of giants: Leonard Lamb lifted on high after the 1965 National triumph

The name of Leonard Lamb is inscribed in the contesting history books alongside some of the greatest names of the post-war period of British banding.

However, where the achievements of the likes of Alex Mortimer, Stanley Boddington and Walter Hargreaves are readily recalled with reverence and respect, those of a man who won a hat-trick of British Open titles, plus the rarity of Open & National Championship ‘Double’ is one that is now almost forgotten.

Perhaps it was because Lamb was no extrovert, no charismatic showman or demanding martinet. He was not a conductor touched by mercurial genius. His were the triumphs of artisan virtues – hard work, practice and methodology. Quiet, serious and unassuming, he sat uncomfortably in the spotlight of success.

He was not a conductor touched by mercurial genius. His were the triumphs of artisan virtues – hard work, practice and methodology. Quiet, serious and unassuming, he sat uncomfortably in the spotlight of success.

If that was not enough to earn a place in the pantheon amongst the finest conductors of his generation, he also led the Stockport band to the North West Area titles in 1959 and 1963, podium finishes at the British Open in 1960 and 1967, and at the Royal Albert Hall in 1966.

And although he is now best remembered for his association with Fairey, he also led Lindley to second place at the 1964 British Open, won the Grand Shield with Oldham in 1954 and secured a Third Section National title with them in 1949.

Yet despite all this, many felt that these were victories by default – that Lamb was nothing more than a proxy, a surrogate locum for Harry Mortimer who had ‘officially’ retired from the contesting scene with Fairey following his appointment at the BBC.

In part that may have some truth, but it remains a simplistic appraisal.

Yet despite all this, many felt that these were victories by default – that Lamb was nothing more than a proxy, a surrogate locum for Harry Mortimer who had ‘officially’ retired from the contesting scene with Fairey following his appointment at the BBC.

Following his death in 1973 Mortimer ensured that tribute was given, very nearly, in full to the bandmaster he said had given ‘yeoman service’ to Fairey for over 30 years. Writing in British Bandsman in May that year, even he tempered his praise, calling him, “almost a legend in the Northern brass band world”.

Leonard Lamb joined Fairey Aviation in 1938, playing on their famous 1950 British Open victory on ‘Resurgam’ under Mortimer as part of a front row cornet bench that Bram Gay called in Norman Ashcroft, Ken Smith, Leonard Lamb and Harry Stanway, “...the greatest that God ever put together”.

Mortimer admitted to poaching him from the Oldham Rifles (who he returned to conduct), and in the years that followed he was part of the band that dominated the British Open as well as claiming four National titles. 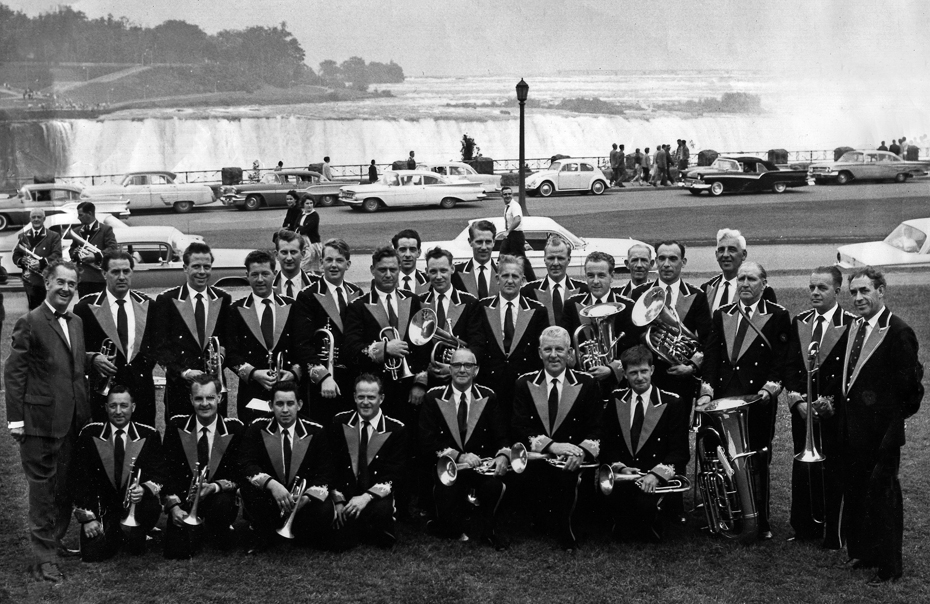 His playing ability (he was also a founder member and later, associate conductor, of Mortimer’s ‘Men O’ Brass’) was reflected in his pay from the company.

Harry wrote to H. G. Gregory, the Works Manager, stating; “I would like to recommend that Leonard Lamb, who is at the moment on our original list as rank and file at 30/- per week, be increased to £2. He is virtually a soloist by reason of the fact that when Clayton (a reference to Edgar Clayton, the band’s first principal cornet player up until 1950) is conducting he takes part in duets and general solo playing.”

Mortimer also knew that in Lamb, he had encouraged a disciple to his musical creed, and following his ‘retirement’ he proposed that Leonard (who had conducted the likes of Oldham, Hafod Colliery and Slaithwaite with some success from the late 1940’s) become Bandmaster.

Lamb instinctively knew what Harry Mortimer wanted – or did as he was asked. Before the major competitions Mortimer rehearsed the band to a level of preparedness almost to the day of the contest, before Leonard took the baton to lead them on stage.

It sounded so simple, yet to win the British Open on works such as ‘Main Street’, ‘Island Heritage’, ‘Life Divine’ and ‘Saga of the North’, as well as claim the National on ‘Triumphant Rhapsody’ spoke of a musician blessed with thoughtfulness, skill and nuance. 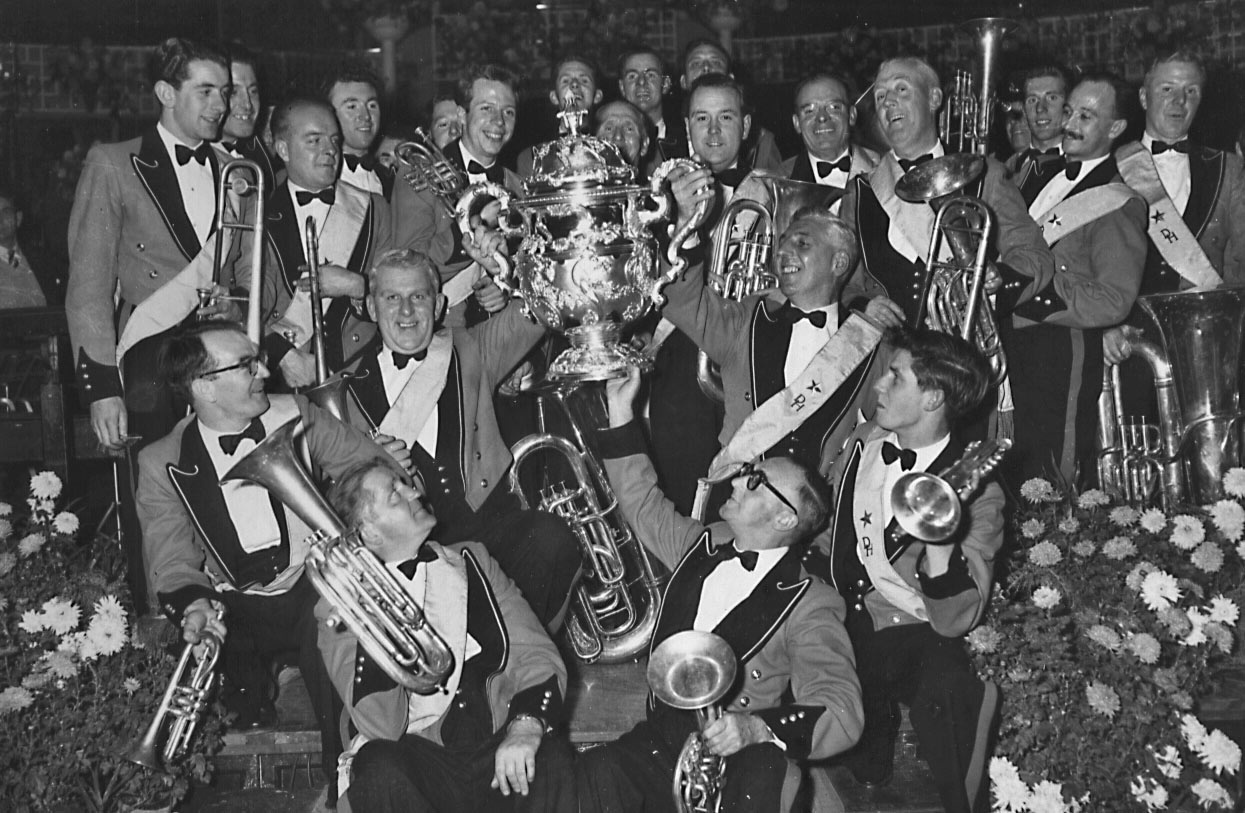 Whether he would have succeeded in any other circumstances we will never know, but as the record books show, contest victories are never given by right or reputation alone.

What Lamb lacked in charisma, he made up in application – literally so as Harry Mortimer recalled when Fairey prepared for its attempt at the Belle Vue hat-trick in 1963 on ‘Life Divine’.

“There is a trombone entry in the piece, and it had always been my practice to smile at the section when I brought them in,” he said. “This set the mood for them, and they expected it. Try as I might I could not get Leonard to smile on the rostrum."

"In desperation, in the time between the final rehearsal and the contest, I ‘borrowed’ his score, and wrote on the top of the appropriate page the immortal words, ‘Smile, you bugger, Smile!’ He did. It worked. They got the hat-trick.”

The 1965 ‘Double’ was the high water mark of his career – topped by the presentation of Iles Medal at the British Open, where the citation in the programme stated that, “he is one of the outstanding brass band conductors of the day.”

In desperation, in the time between the final rehearsal and the contest, I ‘borrowed’ his score, and wrote on the top of the appropriate page the immortal words, ‘Smile, you bugger, Smile!’ He did. It worked. They got the hat-trick.”

However, ill health started to pay a cruel price, and just three years later he retired from conducting and was no longer able to adjudicate. His wife Marjorie cared for him in the following years until his death aged 63 on 4th May 1973. His passing was reported at the following day’s Spring Festival at Belle Vue.

A man who lacked charisma and showmanship but still claimed his place in the history books was perhaps best summed up by Kenneth Dennison, who both played in the same band and subsequently took over the baton at Fairey from him.

“My feeling is that neither success nor failure had a profound effect on Leonard Lamb and his basic character.

There were times when he could have exploited to a considerable degree the many successes he had achieved, but he seemed unwilling to do this. It is my belief that his attitude in life was one of simplicity, sincerity and above all, integrity.”

That in its way is an even finer way to be remembered than any number of title successes.