Like New Year resolutions, Butlins is an event that needs to be taken seriously by bands if they wish to really live up to their easily made self-promises.. 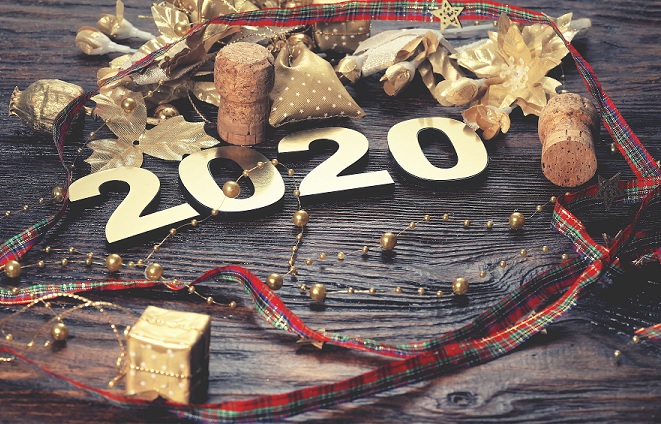 Can bands start living up to any New Year resolutions starting at Butlins this weekend?

Brass bands should be careful what they wish for with early New Year’s resolutions. There should always be a caveat.

For instance, if they wish to be in with a real chance of winning a contest or two in the coming year it should be backed by a written stipulation that it actually requires a commitment to more than occasional full rehearsals.

Just think of all those ‘keep-fit’ promises that come with a pair of new trainers on Christmas Day, but start to flounder once you open the front door and a cold January wind chills well-padded midriffs.

Good intentions rarely last past the end of the first month of the year...

Take for instance the decision to compete at the first major competition of 2020 - the Butlins Mineworkers Championships.

It continues to provide the ideal opportunity to springboard a year of contest success - if bands are really serious about that side of things.  Although if not, they can still wear the new trainers, pat the bellies and enjoy a few more drinks in the Centre Stage bar.

Being half hearted about things never works. 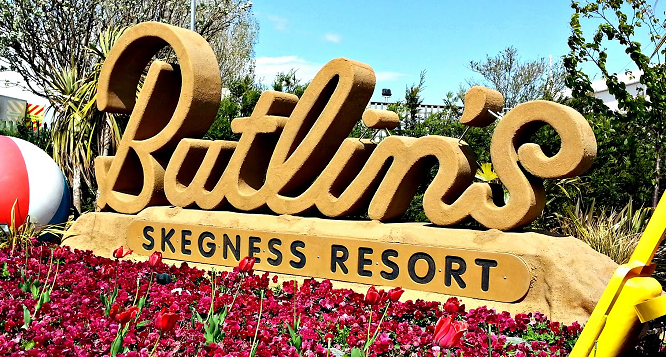 Yes, Butlins takes place in early January. Yes, it’s a bit of a trek to get to Skegness. And yes, it comes after a hard grafting Christmas period when bands have been concentrating on raising essential funds rather than focussing on test-piece preparations.

Yet, if a band really believes in living up to a New Year resolution, then any worn out excuse for not entering due to a lack of rehearsal time due over the festive period holds little weight. The test-pieces were announced over 8 months ago.

Butlins knows what it’s doing with this festival (and a glance at future events catering for other ‘niche’ musical interests confirms that).

Their investment in an early January weekend is of course underpinned by their own financial and scheduling priorities, but just in case anyone thinks the banding movement can afford to do without the event on its calendar then think again.

It has fitted a major contest weekend into its schedule since 2004, pumping over £555,000 in prize money alone into band’s coffers in the process - and that’s not even taking into account what they’ve spent on the brass band orientated entertainment each night.

It has fitted a major contest weekend into its schedule since 2004, pumping over £555,000 in prize money alone into band’s coffers in the process - and that’s not even taking into account what they’ve spent on the brass band orientated entertainment for each night of the weekend stay.

There is little doubt that they wish to make the festival a long term success, and in doing so they continue to seek links with others such as Brass Bands England to take on board thoughts, ideas and initiatives. It is an enlightened approach others may do well to follow.

So, despite its early date in the contesting calendar Butlins is too important to be taken for granted by bands who don’t quite appreciate the benefits that come from really living up to their own well intentioned New Year resolutions.

Last year’s winner certainly did though.

Desford claimed the top section honours and 10 grand in prize money. They then went on to win the Midlands Area title, come fourth at the British Open and claimed a top-ten finish at the Albert Hall.

Raunds Temperance also went on to win an Area title and add a top-ten finish at Cheltenham, whilst Tewit Silver topped the lot by becoming Fourth Section National Champion and winning all six contests they entered in 2019.

Raunds Temperance also went on to win an Area title and add a top-ten finish at Cheltenham, whilst Tewit Silver topped the lot by becoming Fourth Section National Champion and winning all six contests they entered in 2019.

2020 holds the promise of plenty to enjoy at Skegness, with the contests (run by Brian Eggleshaw and his excellent team) full of well matched battles for title success and featuring some intriguing test-piece choices made by Stan Lippeatt (who is celebrating his 70th birthday). 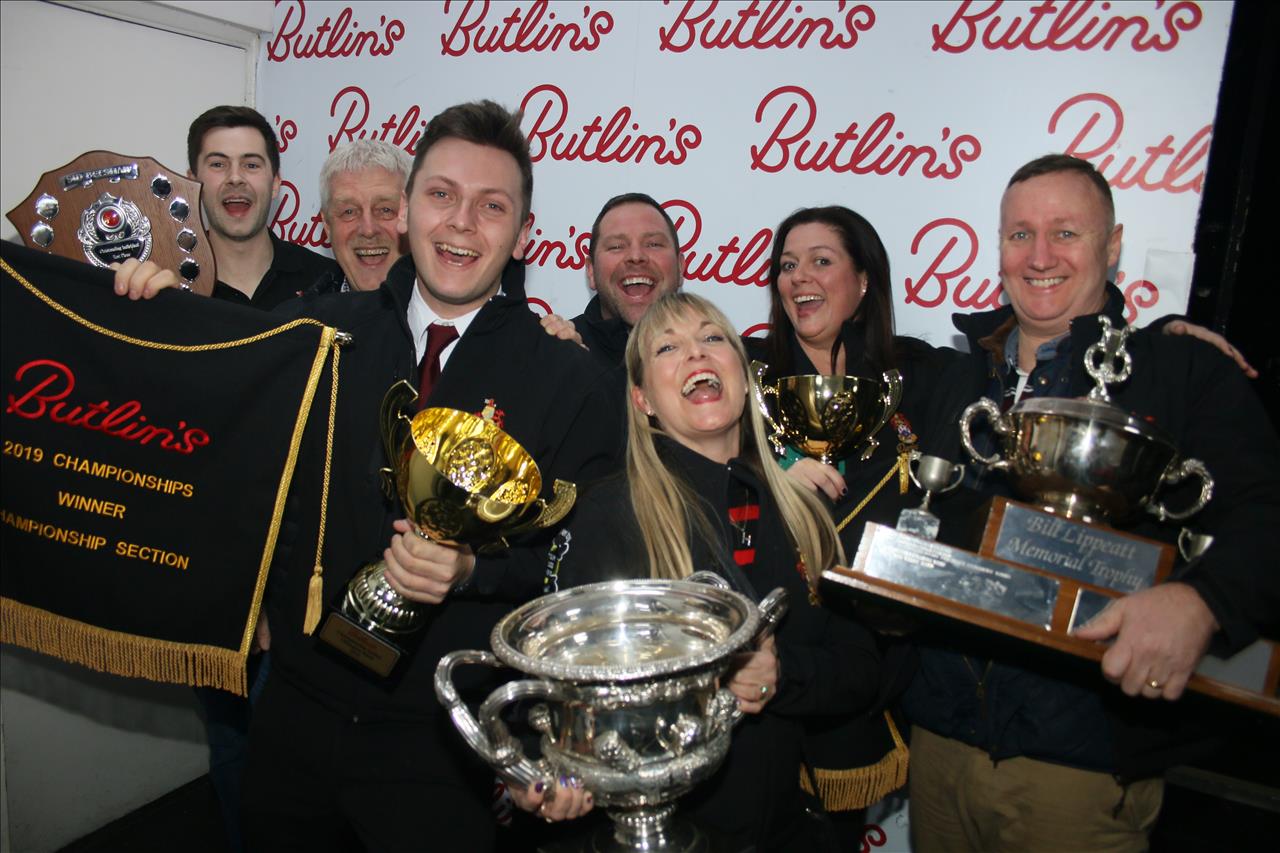 The six top section contenders will need to get to grips with Jonathan Bates’ latest major work, as well as dusting off their existing/or polishing their new, entertainment sets over the two days if they are to claim the Warwick Vase Trophy and a potential £12,000 January cash bonus.

‘Songs of Ascent’ takes inspiration from a series of Biblical psalms (130-134), but more specifically Psalm 130; “Out of the Depths, I Cry to you O Lord”.

It was premiered at the RNCM Brass Band Festival in 2019 with its themes of repentance and redemption making for engaging listening (the material deriving from four unique 9-note scales) - from the opening leviathan tubas through to a triumphant close via a cleverly realised ‘guiding’ setting. It’s a bit different to what you might expect.

As for the entertainment?  Hopefully interesting, stylish and well played with a tasty pinch of wit and some decent multi-media additions if they are to be used. A little bit of thought goes a long way here, and it could make the difference.

As for the entertainment?  Hopefully interesting, stylish and well played with well observed wit and some decent multi-media additions if they are to be used. A little bit of thought goes a long way here, and it could make the difference.

Defending champion Desford returns under Michael Fowles, but they will be well aware that a rejuvenated Flowers under Paul Holland will be looking to carry on the type of form that impressed the judges at the Autumn major championship events.

Woodfalls, GUS, Redbridge and Wantage (led by the composer of the test–piece) make up the competitive field, each more than capable of making their mark for a podium finish. 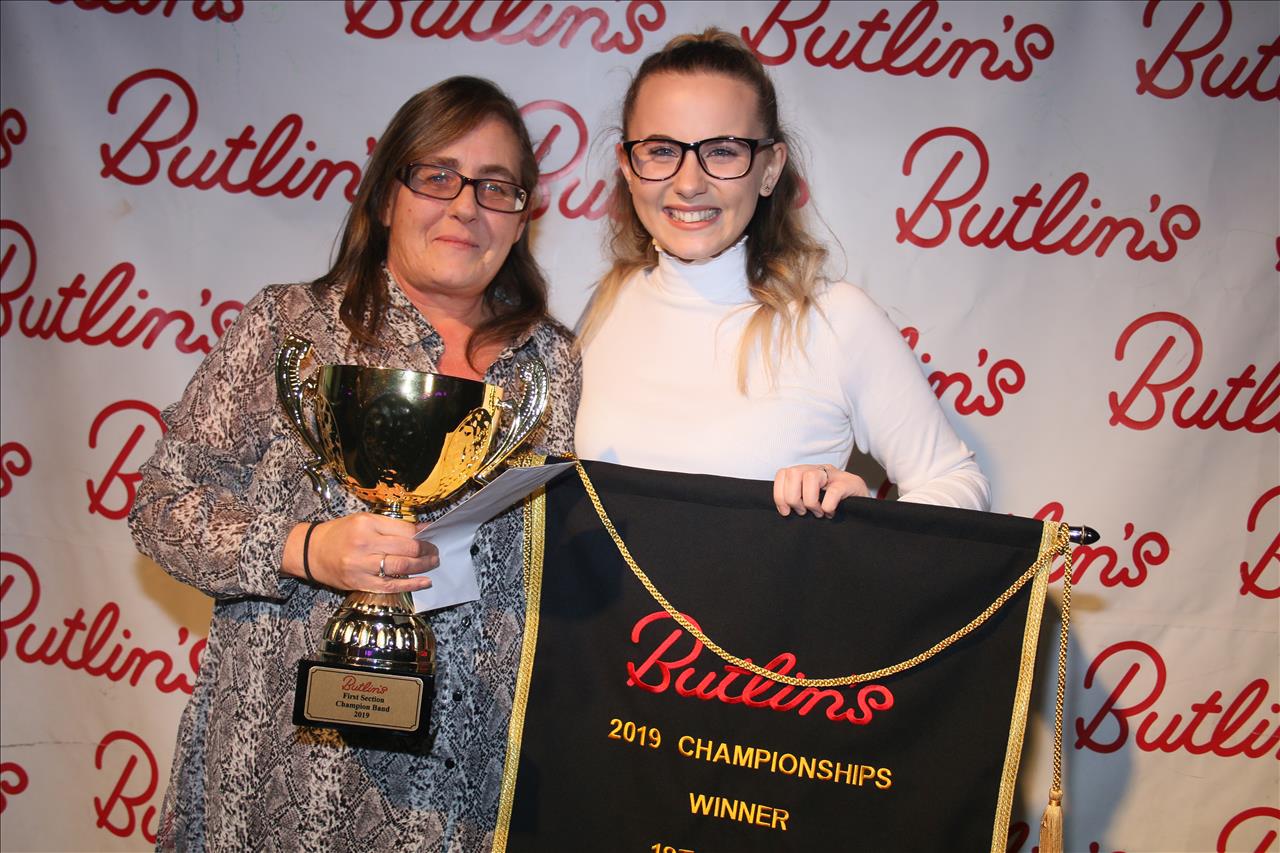 A dozen well matched contenders take to Centre Stage on Saturday for what looks like an engaging First Section contest.

American composer Brian Balmage wrote ‘Symphonic Episodes’ in 2004 for the University of Miami Symphonic Band - itself a reworking of his earlier work entitled, ‘Symphony No 1 for Brass’. It’s now been neatly arranged by Mike Kilmartin, allowing each of the movements to retain well observed timbre and balance.

The short opening movement establishes one of the main themes before coming to a soft conclusion, whilst the self-contained second retains a lyrical source that flows with tempered emotion. The final section brings ideas together drawing in passion and intensity to a rousing conclusion.

What early season form the bands bring with them will be interesting to note (and there is sure to be a warm welcome for Dublin Silver Band from the USA) but this one could well be a closely fought battle for Leigh Baker and Gary Davies to sort out. 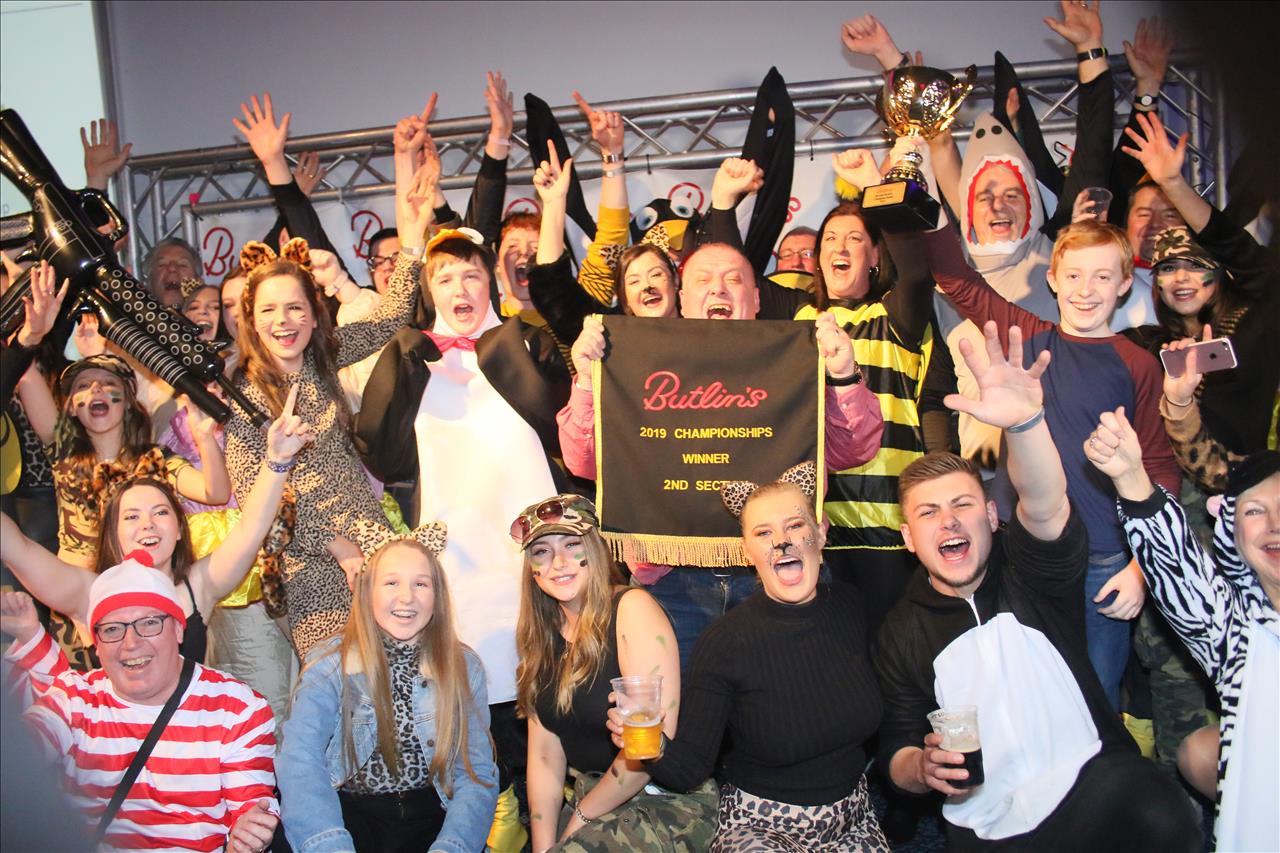 If there a cold wind blowing from across the North Sea on the weekend then it will be entirely appropriate given that the test-piece for the 18 Second Section contenders to master is an evocative piece of Nordic musical noir from the pen of the late Simon Kerwin.

‘Galdhoppigen’ is full of chilly vistas and trollish mischief in the making as it evokes a journey to the highest peak in Scandinavia - from the fearsome ‘Styggebreen Glacier’ to open, via the beauty of the ‘Angels Garden’ and the final trek for home in Jotunheimen with those backpacking trolls in tow.

It’s clever, compact and testing in a different sort of way for bands at this level - making it a difficult one to call you suspect for Anne Crookston and Sheona White in the box. 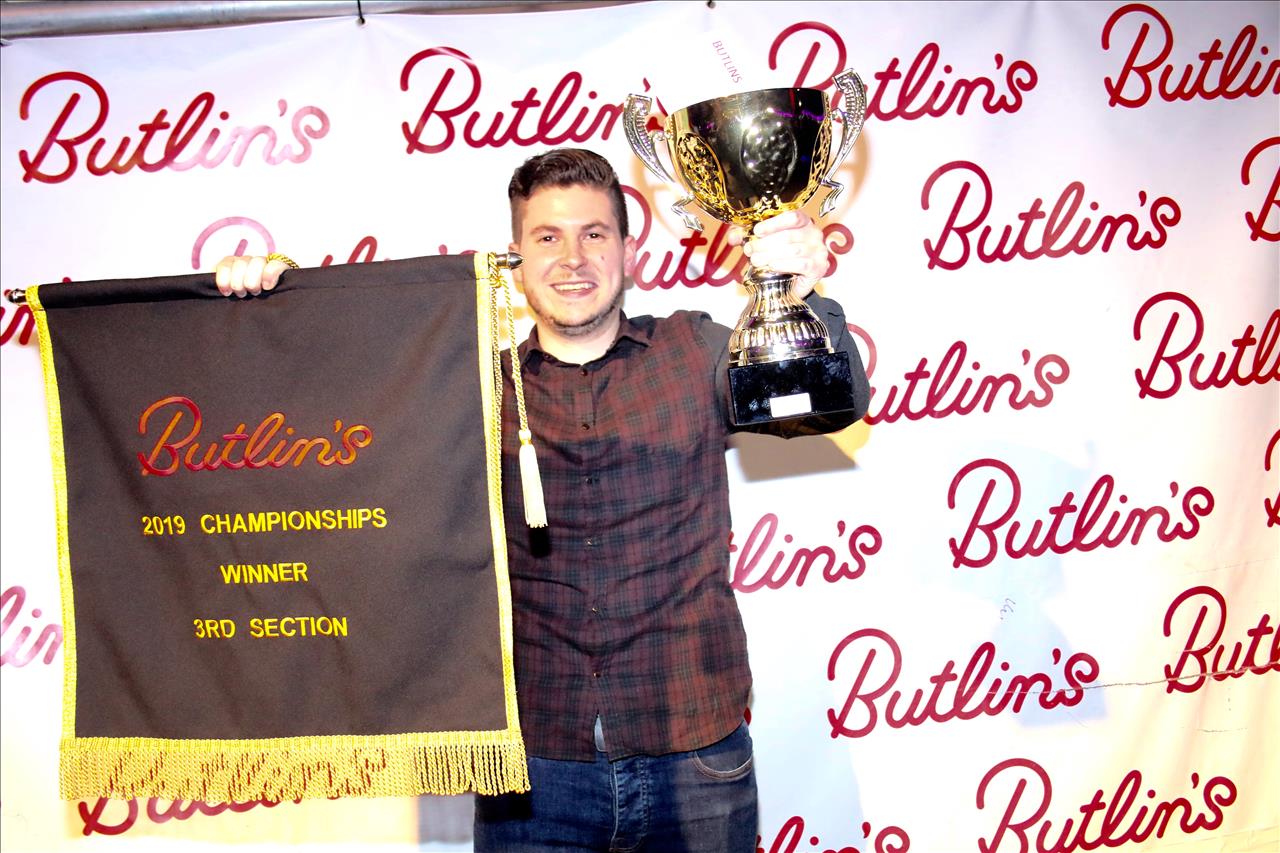 There is a welcome contest reprise for Alan Fernie’s ‘Gothic Dances’ in the Third Section - written in 2005 and used at the following year’s Second Section National Finals in Harrogate.

The title is slightly misleading; the three movements more ‘mood pictures’ depicting an age of chivalry, mystery and heroism - a bit like ‘Games of Thrones’ without the dragons, rather than any link to a court knees-up Bourree, Gavotte or Gigue.

It is ‘Gothic’ as much as it is inspired by medieval music, architecture and outlook. The opening movement is based on ‘In Nomine’, as used by composers such as Orlando Gibbons in early 17th century polyphonic works to herald arrivals to castles, cathedrals etc.

It’s followed by a central section that takes inspiration from the famous Rosslyn Chapel - a building of eternal mystery and intrigue (especially for those ‘Holy Grail’ devotees of Dan Brown). The final section is touch of shimmering Cloth of Gold courtliness, building to a heroic climax of brisk resolution.

Lots to enjoy (from the deceptively testing opening for the euph to that ‘Once more into the Breach’ close) that should keep Dave Lea and Sam Fisher engaged in the box - especially as there are some cracking looking contenders in the line-up. 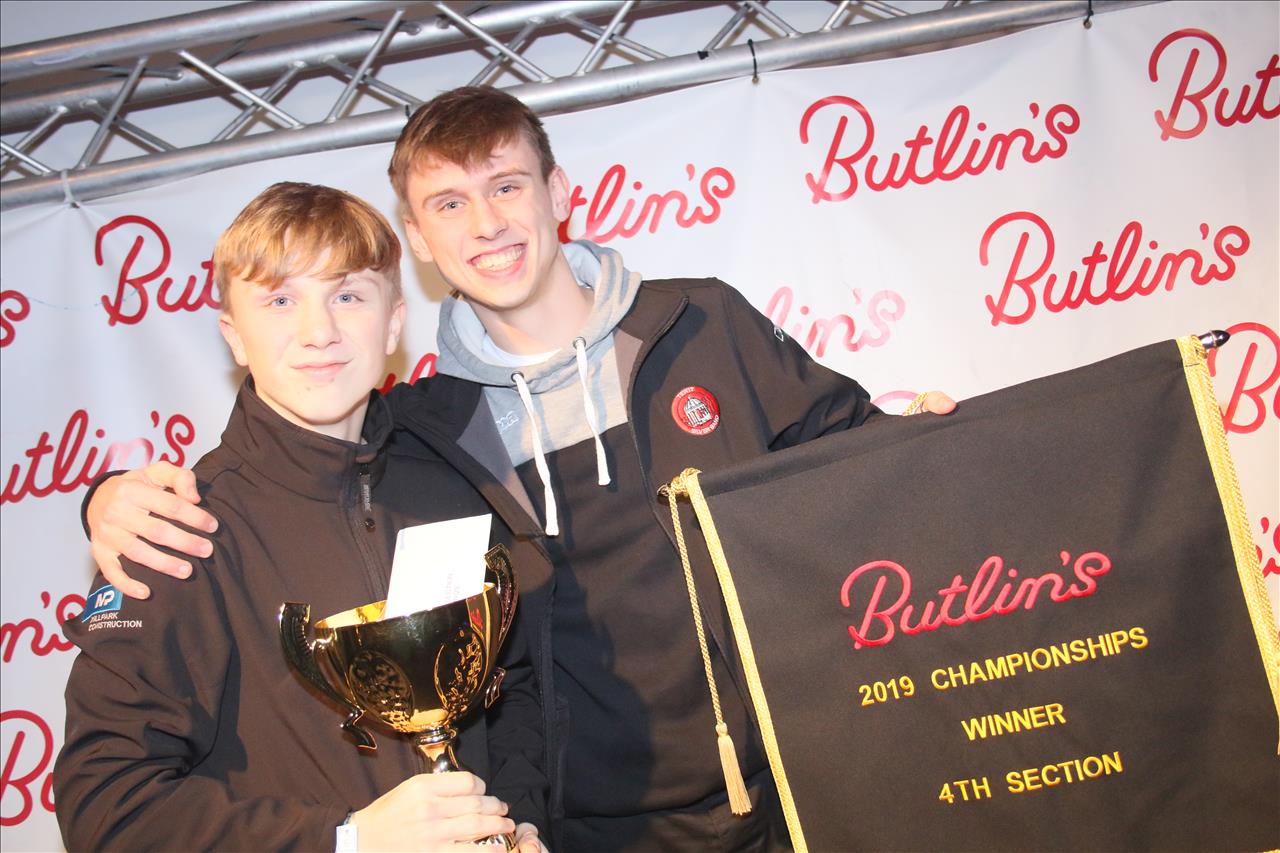 Just the six bands in the Fourth Section this year - a disappointment given the amount of prize money on show and the uplifting test-piece from the pen of Benjamin Tubb that should be well within the capabilities of everyone taking part.

‘A Bournemouth Suite’ was written in 2005 when the composer (who now lives in Australia) was just 17. It recalls a trio of holiday experiences and memories of the seaside town - a ‘Balloon Ride’, ‘The Pier at Night’  and ‘The BIC’. It was last used as the set-work in the Fourth Section at Pontins in 2009.

It’s neatly observed portraiture - the ascent in a tethered hot air balloon full of syncopated anticipation and excitement as the occupant’s rise 500 feet in the air to survey the vistas 20 miles in each direction.

The return to ground heralds a night time scene from afar – the composer sat in a deckchair watching the kaleidoscope of colours and shapes shine brightly against the black velvet sky – the sound muffled and distant.

It leads in the finale - ‘The BIC’ being an international conference centre (rather than a trip to Brass in Concert) - packed with entertainments and attraction to keep busy young minds and feet happy on a wet afternoon. 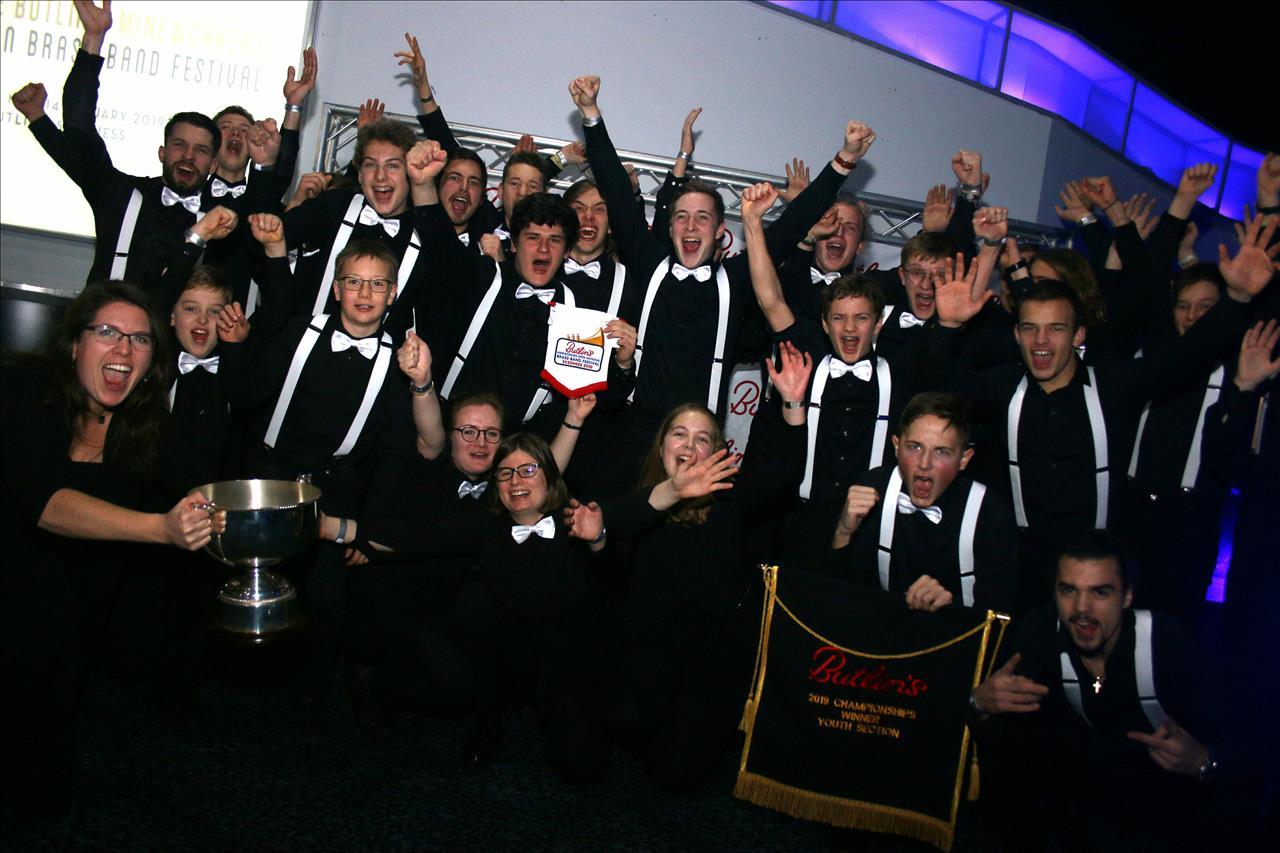 There are of course plenty of other events to look forward to over the weekend, with cracking Youth and Unregistered contests taking place at Reds on Sunday morning (starting at 10.30am).

They will be up against some of the best English representatives in Enderby Youth, Shirland Welfare Youth and Youth Brass 2000 for what promises to be a great battle for the Keith Wardle Memorial Trophy and £1,000 first prize.

All this of course and don’t forget the British Open Solo & Quartet Championships on the same day.