A stern test awaits the Second Section bands in Cheltenham — although hopefully none of the bands will need any spiritual intervention to lead them to National success. 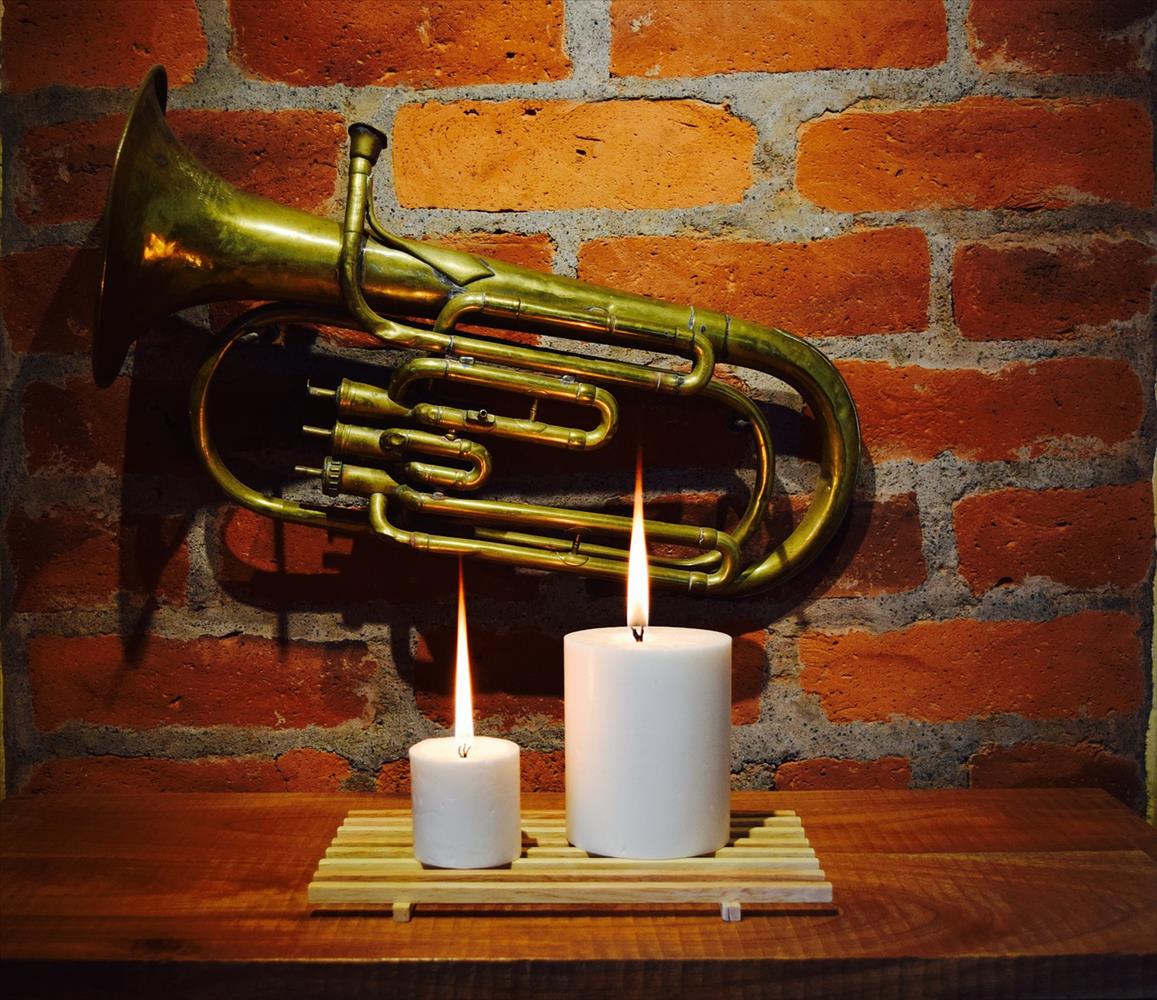 Solos and meditations are combined in Stephen Ponsford's engaging test-piece

The National Championship action kicks off on Saturday morning with 18 bands tackling Stephen Ponsford’s engaging set-work, ‘Music for a Legacy’.

It’s a cleverly constructed rhapsodic homage of thanksgiving to the many marches, meditations, solos and works of celebration that make up the vast reservoir of music that can be dipped into for just about any occasion by Salvation Army ensembles.

Underpinning it is the Timothy Dudley-Smith hymn (and the retired Bishop has written over 300), ‘Lord for the Years’, and in particular to the last line of its first verse; ‘Lord of the years, we bring our thanks today’.

And thanks may well be in order at the end of each performance, as it’s also a pretty testing work for bands at this level – full of taxing demands for the ensemble and all major solo lines.

It is not easy by any means (there is also an extended version of the original written for the SA Household Troops Band), and provides a welcome contrast to the crafted romanticism of Eric Ball and the drama and tension of Gareth Barry that follow on the weekend.

There is a youthful vigor to his style (he is still only 34) that gives a fresh perspective on what can at times be the very obvious structures of this type of Salvation Army music.

Ponsford’s writing is familiar to the secular banding world - with works such as the exciting ‘Turris Fortissima’ making a mark on many a concert stage. There is a youthful vigor to his style (he is still only 34) that gives a fresh perspective on what can at times be the very obvious structures of this type of Salvation Army music.

Keen ears will pick up the neatly packaged inserts from ‘Call of the Righteous’, ‘The Present Age’, ‘The Holy War’, ‘Toccata’ and the ‘Wondrous Day’ amongst others as the music flows seamlessly with vibrant fluidity before ending in celebratory climax and an energetic coda.

Much then for the equally youthful duo of Paul Holland and Tom Davoren to compare and contrast in the box; although both have more than enough top class conducting experience under their musical belts to know when conductors and players alike will be hoping for a little inspiration from above on stage.

Keen ears will pick up the neatly packaged inserts from ‘Call of the Righteous’, ‘The Present Age’, ‘The Holy War’, ‘Toccata’ and the ‘Wondrous Day’ amongst others as the music flows seamlessly with vibrant fluidity before ending in celebratory climax and an energetic coda. 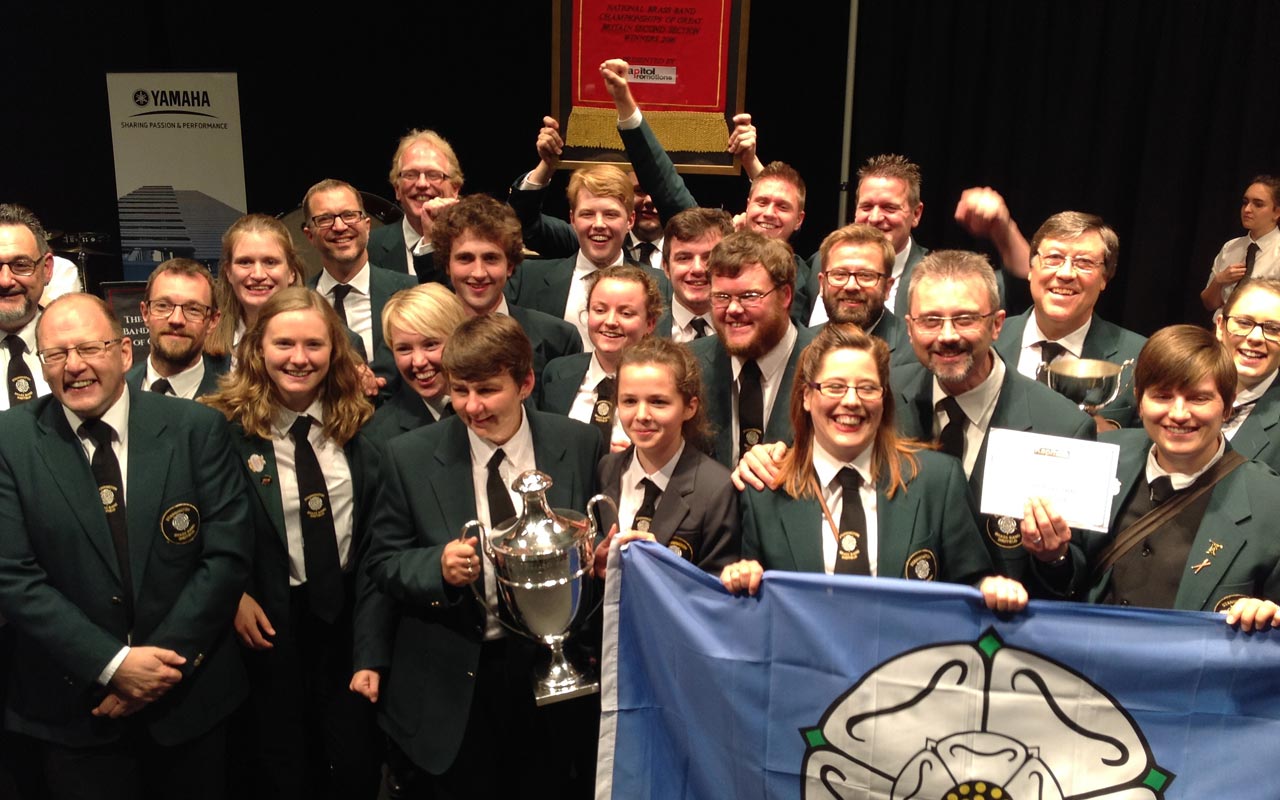 Wales has won this title six times in the last decade, but last year it was captured by Yorkshire for the first time since 2003 thanks to the splendid Stannington led by Derek Renshaw.  However, each region has shown a great amount of top-six consistency too, and as the various Area contests showed earlier in the year, there were some pretty impressive qualifiers.

Yorkshires hopes of title retention rest with Area Champion Wakefield Metropolitan (making solid progress back towards the higher echelons under Richard Larder), and fellow qualifiers Worsborough, who make their first Finals appearance since 2010, and who are also moving in the right direction under John Hopkinson.

Both came through the tough Dean Goffin ‘Rhapsody’ test in Huddersfield with a great deal of credit, so may be dark horses here to keep the White Rose flag flying in triumph.

Meanwhile, the North West sends a strong looking trio in the shape of Flixton, Delph and Boarshurst Silver (Area runner-up Cheshire Constabulary declined the invitation to compete), with all three potential top-six contenders under MDs who have plenty of experience to fall back on.

Forgive the racing pun, but Boarshurst won’t look a gift horse in the mouth either after their fourth place finish at Blackpool, especially as they came third here last year.

Flixton celebrate their 40th anniversary with their first Finals appearance since 2006, and could be a good each-way bet under MD Ian Brownbill, whilst Phil Goodwin and Delph have been in good 2017 form and make their first Finals return since winning the Third Section here in 2010.

Forgive the racing pun, but Boarshurst won’t look a gift horse in the mouth either after their fourth place finish at Blackpool, especially as they came third here last year.

Hopes of the North of England picking up a first title since 2012 come in the form of Ashington Colliery, who has been in pretty good nick of later under David Kendall’s direction, and 2015 Third Section National champion Houghton.

They also continue to impress (this is their third consecutive Finals appearance and have been in solid form this year) and will be keen to move up the results table from last year’s 16th place finish. 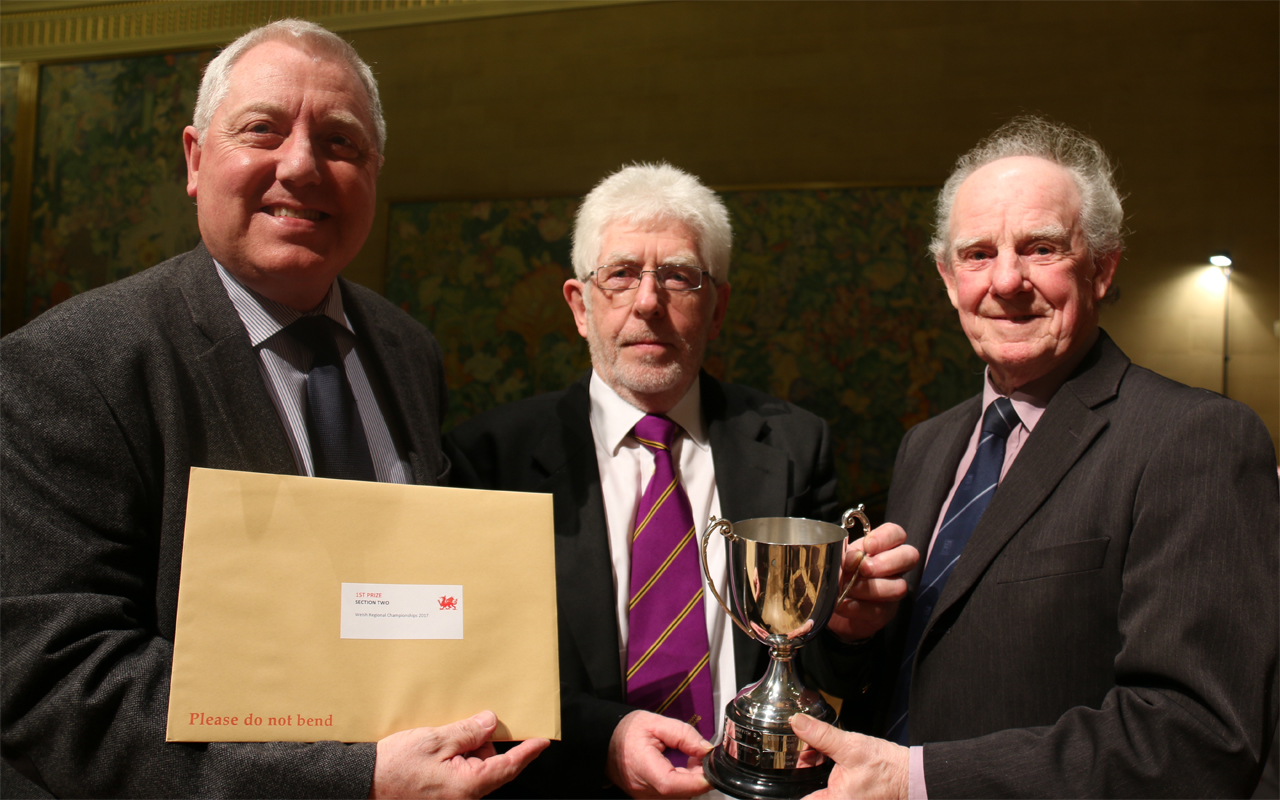 Taking a trip down to Abergavenny... Can the Welsh band win on thier first trip to Cheltenham since 2003?

The Welsh send over a hard working brace in the form of Abergavenny Borough and Penclawdd Brass, whilst their Celtic counterparts will be looking to end a Scottish title winning drought that goes back to 1997 with Arbroath Instrumental and Dalkeith & Monktonhall.

Abergavenny hasn’t been out of the podium slots in their last six contests, whilst it’s great to see Tony Small and his band back here once more (the last time was 2013) and he continues his great brass banding work in the west Wales outpost.

Meanwhile, the Scots will travel with confidence, especially as they are led by two canny conductors in Michael Robertson and James Chamberlain, and have a great mix of youth and experience in the ranks.

It’s also a pleasure to see Duncan Beckley back on a National stage this year after a period of ill health, as he leads a rejuvenated Midlands Champion in Glossop Old alongside fellow impressive qualifiers Foss Dyke, led by Central Band of the RAF euph star Michael Howley.  A brace of consistent contenders, they could be bands to watch out for.

John Maines, Melvin White and John Berryman have notched up more contest victories than Arkle, Red Rum and Desert Orchid combined and both showed that to fine effect in getting their bands through a keenly fought contest in Torquay earlier in the year. 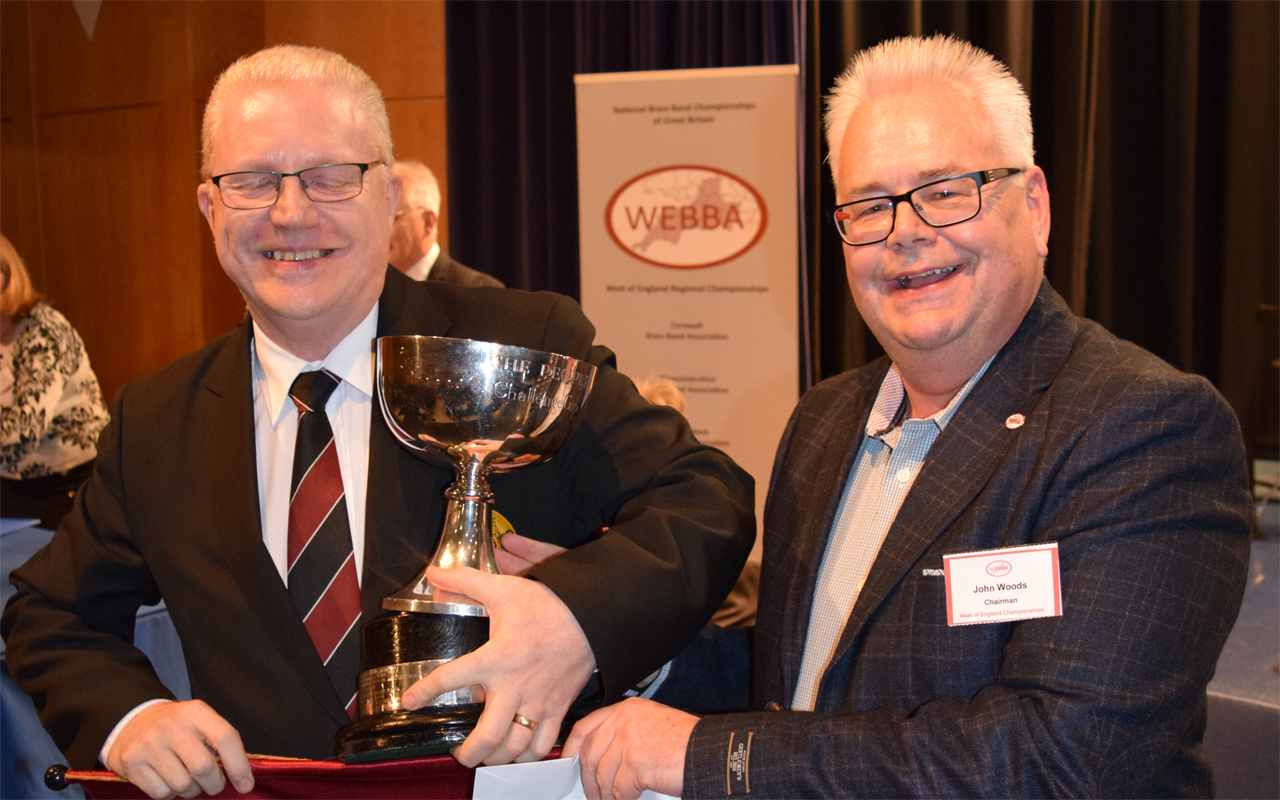 Open and shut winners in Torquay. Bodmin come to Cheltenham as West of England champions

If its experience that counts on a piece such as this then the likes of West of England Champion Bodmin Town and fellow qualifiers Otterbourne Brass and Helston will be worth a good each-way bet at the Cheltenham bookies.

John Maines, Melvin White and John Berryman have notched up more contest victories than Arkle, Red Rum and Desert Orchid combined and showed that to fine effect in getting their bands through a keenly fought contest in Torquay earlier in the year.

That just leaves the two solid looking outfits from London & Southern Counties, with Area Champion Grimsdyke and qualifiers and recent scaba winners Amersham, who came through a hard fought scrap at Stevenage under their talented conductors Sharon Broughall and Paul Fisher.

Grimsdyke makes their first return here since 2014, whilst Amersham last appeared in 2013.

We could fall quicker than a 100-1 shot at the Gold Cup on this one with our predictions as it’s such a difficult one to call on such a taxing set work.

The North West trio of Flixton, Delph and Boarshurst look good bets to do well, whilst Glossop Old, Foss Dyke and Bodmin Town could be in the mix too.

Our darkest of dark horses are Grimsdyke and Wakefield Metropolitan.