Malcolm Wood talks to James Fountain, Principal Trumpet of the Royal Philharmonic Orchestra — who remains a proud bandsman at heart. 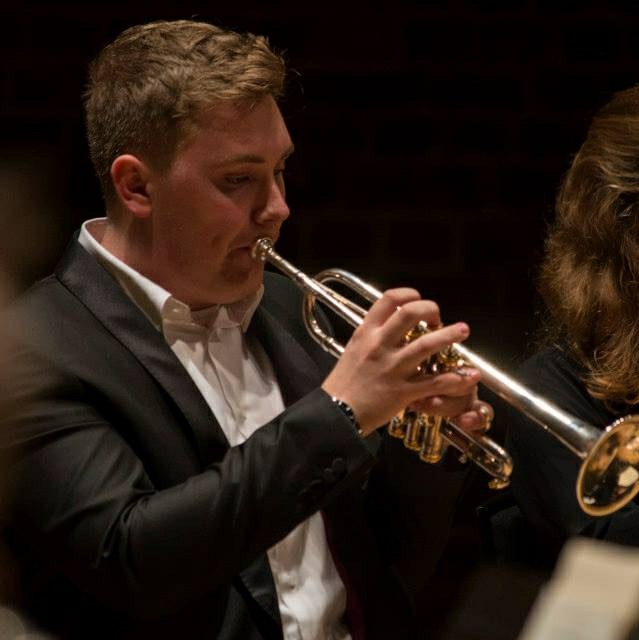 1. You were appointed as Principal Trumpet of the Royal Philharmonic Orchestra in late 2014. How did it come about?

I was coming to the end of my first year at Guildhall School of Music & Drama when the job was advertised.

I hadn't really thought of applying as I was concentrating on getting to grips with orchestral repertoire, transposition and all the other challenges that come with moving to trumpet from cornet. However, in a lesson with Paul Beniston of the LPO, he suggested I should apply.

After getting through the audition process, I was given several trial dates across 3-4 months before being appointed in the November.

It was amazing: I was learning just as much going in to work with the orchestra as I was with my studies at college.

2. What was the audition process like? And how valuable was your background in brass bands?

As I was so inexperienced at the time I approached it as a massive learning experience. And by going into the audition with few expectations I didn’t place pressure on myself.

That really benefited me, especially during my trial period, as I could enjoy the opportunity rather than trying too hard to impress the whole time.

Without a doubt, my time in brass bands continues to help me every day: It’s a perfect upbringing for any brass musicianJames Fountain

Without a doubt, my time in brass bands continues to help me every day: It’s a perfect upbringing for any brass musician, and that’s why so many great players have come up through the movement. 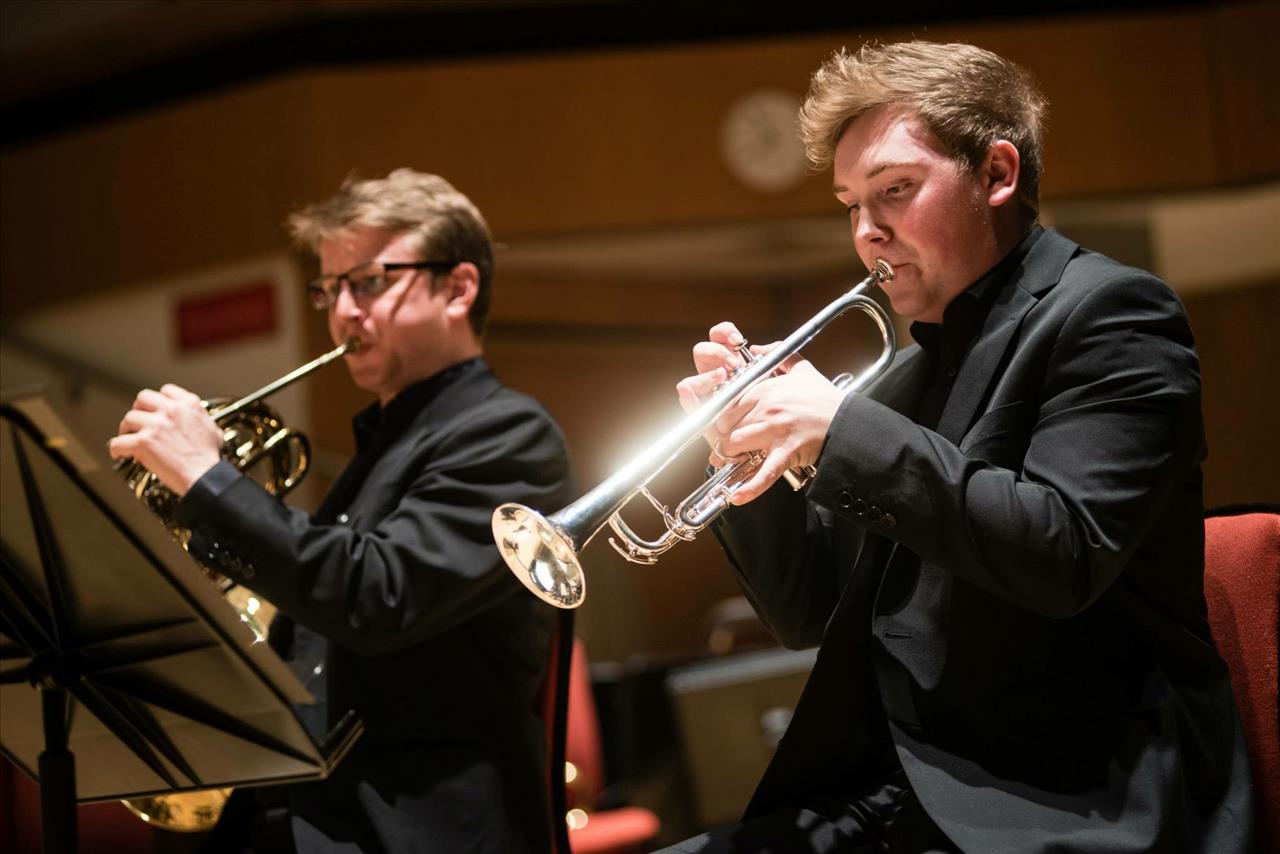 3. Was it a challenge combining studies at the Guildhall and taking on the new role?

It certainly became a challenge towards the end of my time there.

I began picking up professional work in my second year and then when the RPO put me on trial it started to get very busy. However, it became nearly impossible to juggle both when I joined the orchestra full time at the start of my third year. I ended up struggling through and decided not to attempt the fourth year of the course.

I owe a lot to everyone at the Guildhall: They were so supportive throughout, and the fact I managed to complete three years meant I was able to come away with a degree. I couldn't have done that without their understanding.

4. How did your peers take the news that you'd been appointed?

They were brilliant. I think it came as a shock to everyone at that time, as when I applied, I had no expectations of getting the job. That also followed me throughout the process; never really thinking until the very end that I might actually be successful!

Nevertheless, my friends, teachers and colleagues were very kind with encouragement and really supportive, especially in my first few months.

My year group at the Guildhall graduated in 2016, and it's amazing to see some of my peers start to come into the orchestra or being able to bump into them in other avenues of work. 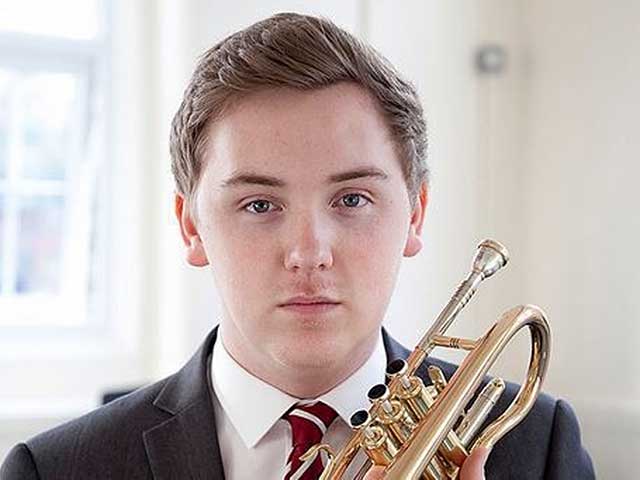 5. Has your role opened up any new opportunities?

Definitely! I've been very fortunate with some of the things that have come my way outside the RPO.

I'm lucky enough to do quite a bit of session work. It’s always an amazing experience turning up to a studio like Abbey Road. I've always loved listening to film soundtracks and wore out John Williams CDs, so it's a bit surreal to be sat there working on, potentially, the next big 'blockbuster'.

In the past few months I've worked with composers such as Hans Zimmer, Henry Jackman, Alan Menken and Howard Shore as well as performing regularly with the 'SuperBrass' group founded by my RPO colleague, Roger Argente.

I feel it's important at this stage to keep things fresh as hopefully, I've got a long career aheadJames Fountain

I’ve also had the opportunity to work with the brass septet 'Septura'. For any readers who may have not come across these groups, I recommend finding out more!

I love playing solos and I'm lucky to be able to keep this up since joining the orchestra. Every couple of months I will try and take something new on - from a concerto with an orchestra or some solos with a band. I feel it's important at this stage to keep things fresh as hopefully, I've got a long career ahead.

I’m looking forward to performing the Haydn Trumpet Concerto with the RPO in London in October, and I'm also making plans to record my first solo CD  - so it's lining up to be a busy 2017!

6. Was securing a Principal seat in an orchestra always part of the career path?

I genuinely never thought about it until I got to college.

I was, and still am, a brass band fanatic - and one of my proudest moments was joining Grimethorpe on Principal Cornet. I will never forget my experiences there and I was intending to study at the RNCM and to play with the band.

However, my friend Phil Cobb organised a late audition at the Guildhall, and I distinctly remember the voice-mail explaining to get myself down to London with my cornet and trumpet. I went into that audition in a similar position to my RPO one - with no expectations.

I was fortunate enough to be awarded a place and that then gave me a decision to make! It was only then I decided I would try and make the most of it.

7. Who do you look up to and take advice and inspiration from?

Paul Cosh was a great influence at the Guildhall.  I owe him so much: He is a fantastic teacher and such a great mentor. He has the answer for any problem and was so supportive when I switched from cornet to trumpet in my first few months of lessons.

I will always go to him if I ever need a chat over playing problems. He is a true gentleman and the best teacher I've ever come across!

Paul Cosh was a great influence at the Guildhall.  I owe him so much: He is a fantastic teacher and such a great mentorJames Fountain

I was also fortunate to spend time with Bramwell Tovey through the National Youth Band of Great Britain. He’s always been an inspiration, not only as the phenomenal musician, but as he’s so grounded despite his incredible success.

I also look up to all my colleagues, and will take advice from any of them. One of the best things about my job is just how inspirational the musicians sitting around you are. 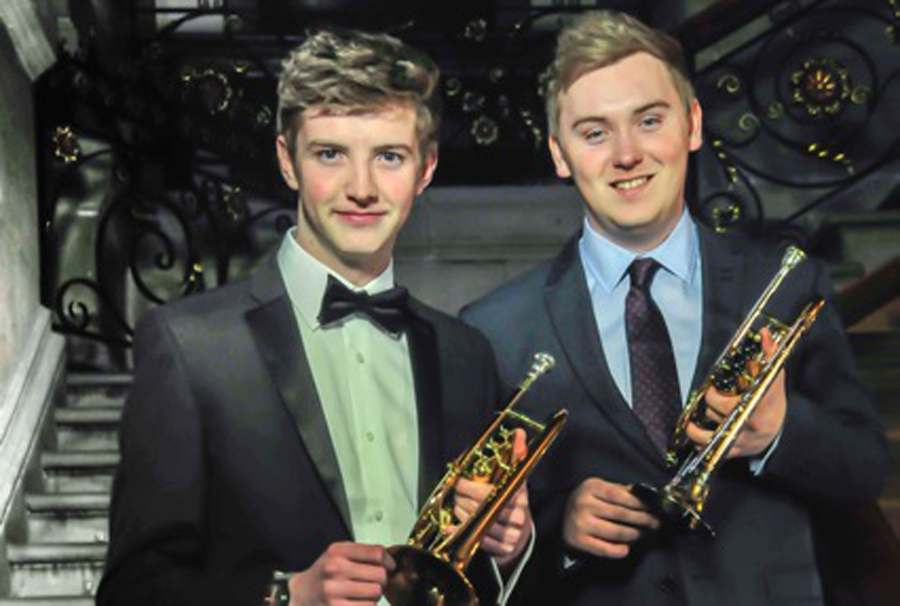 8. You come from a musical brass banding family.  Is banding something you still want to be actively involved in?

I love Virtuosi GUS - and all the people in it. It's a special group as they have such a track record for nurturing and looking after young talent. I have a lot of friends there and the fact my brother is Principal Cornet (above) is one of many reasons for still wanting to be involved.

I never consider myself a 'dep' and I'm not treated like one. I call it 'my band' and I'm proud to be a part of their success in whatever capacity - playing or following anxiously on 4BR from a contest while I'm at work!

I will always be involved with bands as they’ve made such a massive contribution to who I am. I feel it’s very important to give something back in whatever way you can.

9. How do you overcome nerves and what advice would you have for any player on how to deal with them?

I don't think you ever overcome them - but you can cope better by converting them into something positive.

I believe the more you develop as a player the harder nerves are to cope with, because the more you gain a reputation the more pressure comes with it. I greatly admire the top players in banding. How they cope with that spotlight pressure is amazing.

I've fortunately always loved what I do, so no matter how nervous I may get, I always feel lucky to be doing my job. 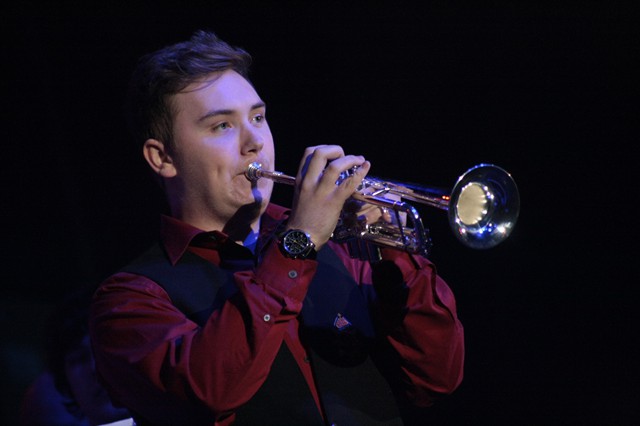 10. What three tips would you give to young players taking up a brass instrument?

Join a brass band. I feel it's the greatest musical education you can get. Not only do you progress quicker, but no matter what level, there’s always a player to look up to and try to emulate.

One of the risks with contesting is that the enjoyment often relies on winning!  If you can come off stage saying you did your best and enjoyed yourself, I think that is as much of a victory as the resultJames Fountain

Also - concentrate on enjoying music making. One of the risks with contesting is that the enjoyment often relies on winning!  If you can come off stage saying you did your best and enjoyed yourself, I think that is as much of a victory as the result.

Finally - listen to as much music as possible. It doesn't have to be a brass; it could be any instrument or artist. You learn the most about playing in different styles from listening. Just sit back, appreciate and have an open mind to learn.

11. Finally: What does the future hold?

Much more of the same I hope!

I enjoy everything I’m doing at the moment and I'm fortunate to be doing a little bit of a lot of different things.