4BR looks forward to the second round of regional championship events in the West of England, Midlands, Scotland and North of England this weekend.

Two down, six to go.

The 2017 Regional Championship series heads to Torquay, Bedworth, Perth and Durham this weekend, as keenly fought qualification rounds take place in the West of England, Midlands, Scotland and the North of England.

And as any spies from the 258 competing bands that paid a recent secret visit to Blackpool or Huddersfield will now know, the test-piece challenges that need to be mastered if they are to head to London or Cheltenham later this year have already proved to be demanding to say the least. 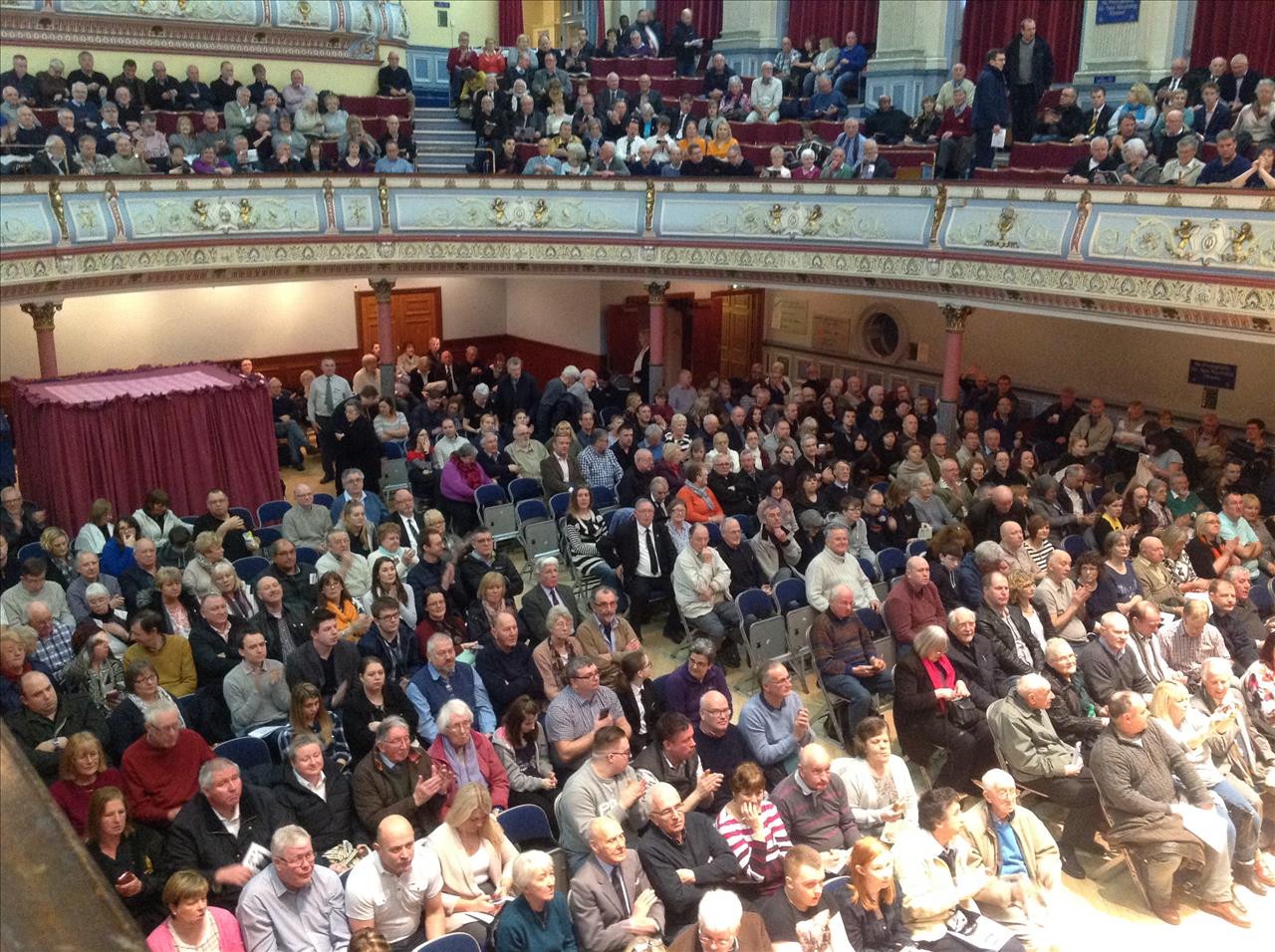 Spot the spies? There were some familiar faces in the crowd at Huddersfield

The two golden oldies in ‘Pageantry’ and ‘Rhapsody in Brass’ have bared their teeth like pensioners with new dentures; taking bites out of the qualification hopes of bands (and especially their MDs) who have under-estimated or tried to re-invent their timeless musical characteristics.

The message from the various boxes has been loud and clear - or more precisely – not so loud and very precise: Try and blast your way through these works at turbo-charged pace and all you will end up doing is blowing off your qualification feet off in the process.

The rev counters and volume controls may just be turned down a bit from ‘Top Gear’ and ‘Spinal Tap’ modes.

Meanwhile, ‘The Land of the Long White Cloud’ has also revealed itself to be ‘The piece to reward sensible musical ambition’ in the First Section, as performances that have sought to display controlled, detailed musical vistas have come out on top over those who have opted to make it sound like a rampaging pack of ‘All Blacks’ forwards.

There has also been a great deal to enjoy in the Third and Fourth Sections too - with Dan Price and Alan Fernie giving the competitors plenty familiar musical rope to either lasso a qualification place or string themselves up by the neck. Bands have to tread a fine line between the fun of ‘spot the tune’ and ‘miss the banding basics’.

It’s therefore going to be a busy and highly enjoyable weekend of high hopes and aspirations, triumphs and tribulations. 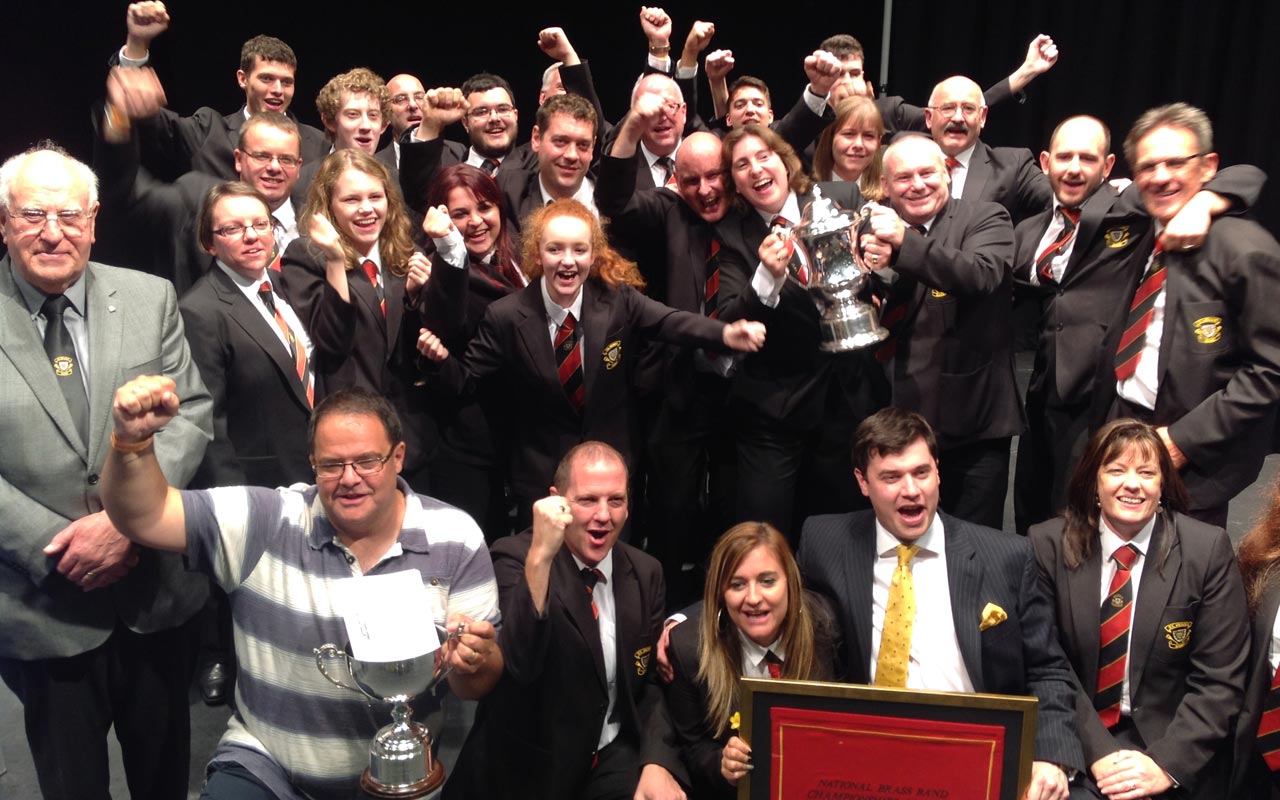 The Riviera Centre in Torquay hosts 80 bands for what is always a well-managed event run by Sue Oldfield and her team.  And whilst the Area still awaits a first National Champion in the top section, they have produced four section winners since 2011, including the highly impressive St Dennis in the First Section last year.

There will also be a mammoth field of 80 bands at Bedworth, where Lesley Bentley and her team expertly juggle things between the Civic Hall and the Nicholas Chamberlaine Technology College. Although it’s been a bit of barren time of late in the National winner’s enclosure, the region continues to send solid contenders to both London and Cheltenham.

In terms of barren spells though, Scotland is the National equivalent of the Gobi Desert; with just one National Champion this century - and that was back in 2000. That must surely come to an end at some time as the hard work and investment of the pioneering Scottish Brass Band Association finally starts to pay over-due dividends from its 58 competitors.

In terms of barren spells though, Scotland is the National equivalent of the Gobi Desert; with just one National Champion this century4BR

In contrast, the smallest region in terms of number (40 bands) has been punching above its weight, as the North of England can already boast one National Champion (South Milford in 2012) with J36 coming runner-up in the Third Section last year.

Things have been looking up of late helped by the hard-working Regional Committee making the move to Durham, so could they produce another Tony Bellew or two against supposedly bigger and better heavyweight opposition at Cheltenham and even London?

There is plenty of great action to therefore enjoy wherever you decide to go and listen this weekend. Each region offers a warm welcome, comfortable surroundings and a keen sense of friendly, excellently run competition and 4BR will be at each of them to give a band by band flavour of the action, give our opinions and bring you those all important results via our live coverage page, Twitter and Facebook.