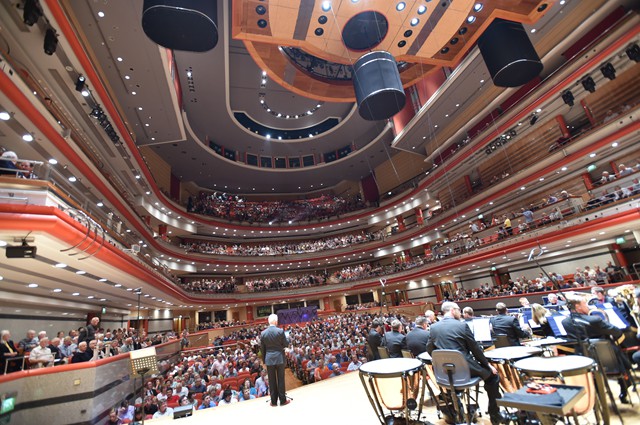 The wry smile of one of the band traders at Symphony Hall on the weekend summed up the success of the 2014 British Open perfectly.

When asked if they had enjoyed a successful, profitable day, the reply was something of a positive negative.

“A bit quieter than normal, but most people seemed to be more concerned this year about going in and listening to the bands,” they said with an accompanying arched eyebrow.

“When they came out in the breaks though they seemed pretty happy to spend more money as they were not grumbling about the test piece to the first person they met! It was a little bit odd to tell you the truth.”

A little odd indeed: For it seems the British Open has stumbled upon a winning formula for getting the general banding public to fall in love with major contesting again.

A great deal of credit for this brass band version of ‘Friends Re-united’ goes to Karyn and Martin Mortimer, who now take much closer involvement in the day to day decisions that in the past saw the contest rather meander on its pleasant way. 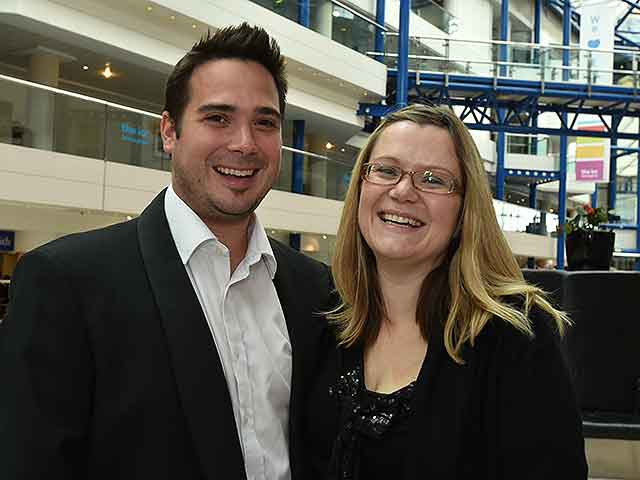 Love rivals: Mr and Mrs Childs of Flowers and Grimethorpe...

As a result, with more targeted advertising and use of social media, greater consideration over test piece selection, the more liberal approach to player registration finding universal approval from the competing bands, and transparency over the whole running of the contest, the British Open has been startlingly revitalised.

For once the tickets and programmes were actually sold out, the study scores were snapped up in a blink of an eye and for the vast majority of the day the hall was pretty full with well satisfied listeners. No wonder the traders were spending more time talking to themselves rather than potential customers.

It meant there was also a spring in the step of the hard working organisers led by the indefatigable Frank Hodges - who wore the type of smile that comes with satisfied exhaustion.

A slightly earlier start, some excellent pre-contest entertainment, well planned breaks, a balanced adjudication team, a results ceremony that didn’t take too long, a fine compere in Dave Hayward (who has really grown into the role) and above all, a test piece that everyone enjoyed, made for a memorable day. 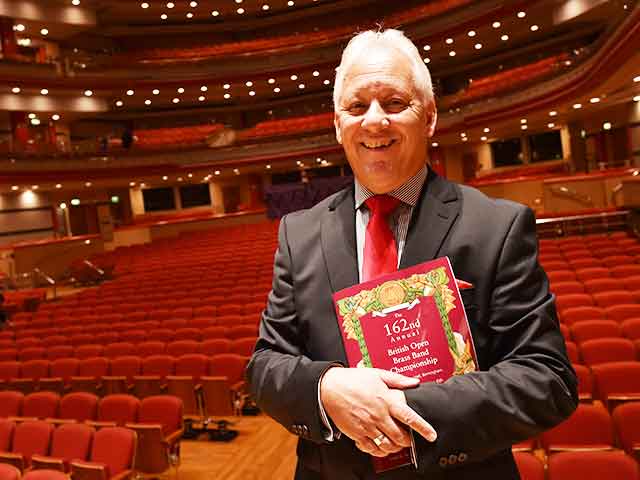 Composer Ed de Boer, who was making his first visit to the event, was genuinely moved by the reception the audience gave him on his introduction - offering to write a new work for the contest for the future. Someone should snap him up on his offer as soon as possible.

“It was magnificent,” he later told 4BR. “The bands, the performers, the audience. I couldn’t have asked for anything more.” 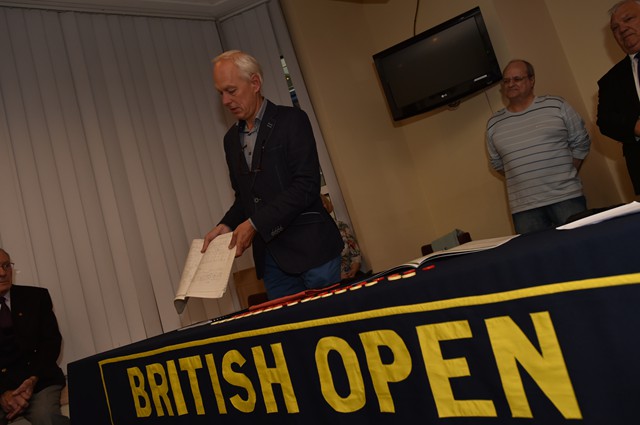 Here's one I wrote earlier.... Ed de Boer explains a bit about his piece

The only sadness was that another fine composer John McCabe (who has also written memorably works used at this event over the years) was not well enough to accept the presentation of a merited Iles Medal.

The warm hearted obituary to Bob Mullholland - one of the nicest men ever to grace and help the event, also reminded you of a brass band man who will be greatly missed - although if you are near a Waterstone’s bookshop make sure you buy his book about the Sam Longden/Brian Clough years at his beloved Derby County.

Meanwhile, the future prosperity of the British Open was also well represented by the Helen Minshall’s deserved Mortimer Medal for her outstanding working in inspiring a new generation of young people to love everything brass, whilst the latest crop of talented higher education students, Stephanie Wilkins, Tilly Tompkins, Ashley Jeffers and Matthew Shaw were the grateful recipients of the Harry Mortimer Trust Awards. 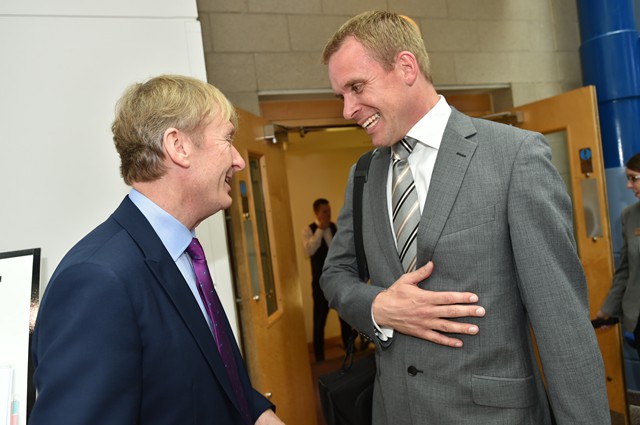 The last two years have been a huge success for the British Open, which in turn directly benefits the hosting of the expensive, but essential Spring Festival in Blackpool.

The door has already been 'Opened' to the European nations of banding (which could well include the Scots come next year), with hopes that a number of them will take the first steps along the path to Symphony Hall by making the trip to Blackpool in the future.

And with moves to further develop working partnerships with sponsors, advertisers, broadcasters and traders, the future of the British Open seems to be as bright as at any time in its 162 year history.

That’s what falling in love again does for you.