Five of the best of everything not to miss in 2014 given a bit of luck and the dreaded 4BR kiss of death — from bands and players to contests and test pieces...

Here's our pick who and what we think may well prove to be the best of everything in 2014...

These are five bands we think may enjoy high profile successes in the next 12 months.

1. Grimethorpe Colliery - If it all gels together as planned then look out...
2. Flowers - Big signings and big expectations for a band still with a lot to prove...
3. Newtongrange - A possible alternative to Scotland’s perennial two way domestic battles...
4. Brass Band Schoonhoven - The future is bright and future may be orange come the Euros...
5. Eikanger Bjorsvik - So close last year, 2014 may finally see ultimate domination....

On the other hand, a quintet of bands that will be looking to make 2014 a year to remember

1. Black Dyke - Can the Queensbury juggernaut become the band to beat once more?
2. Fairey - Great reputation and history, but will the glory days return in 2014?
3. Reg Vardy - Can they stop the slip sliding away effect and return to winning ways?
4. Brass Band Willebroek - After their 2013 National win can they become a real Euro force again?
5. Redbridge - The standard bearers of southern banding need to find their top flight feet again. 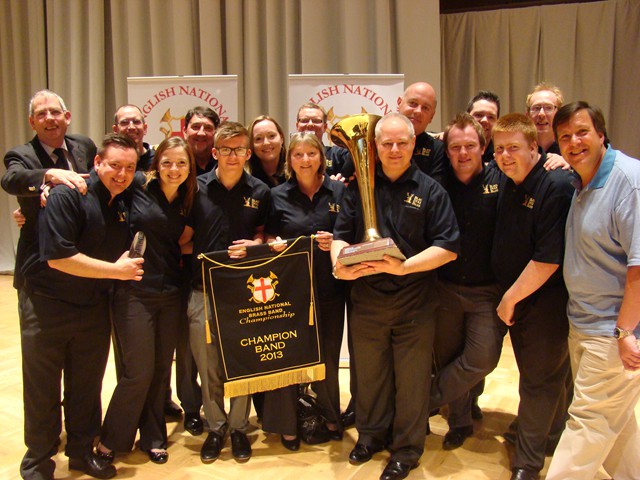 Can Black Dyke become the band to beat in 2014?

Five bands from around the country that could also make a title winning mark or two...

1. St Ronan’s Silver - The Scots may well have finally unearthed a National title winner...
2. Ebbw Valley - One step up for the National Fourth Section champions, but will they take it in their stride?
3. City of Bradford - Colourful, ambitious and due another dose of title winning success in 2014?
4. Bilton Silver (Rugby) - So close again in 2013 - so can 2014 finally be the year of triumph?
5. Mossley - A band that could well end the year dripping in title success...

Five conductors we think may enjoy lifting a few pieces of silverware in the next twelve months.

1. Dr Robert Childs - If it all comes off at Grimey then he will deserve a knighthood.
2. Adam Cooke - One of the new breed of young MDs with a real change to impress with a top band.
3. Michael Bach - Not everyone’s cup of tea, but the results continue to prove the critics wrong.
4. Jayne Murrill - Has done brilliant work with East London Brass and now due a success or two.
5. Gareth Brindle - The former Dyke baritone star is starting to make a mark on the top flight radar. 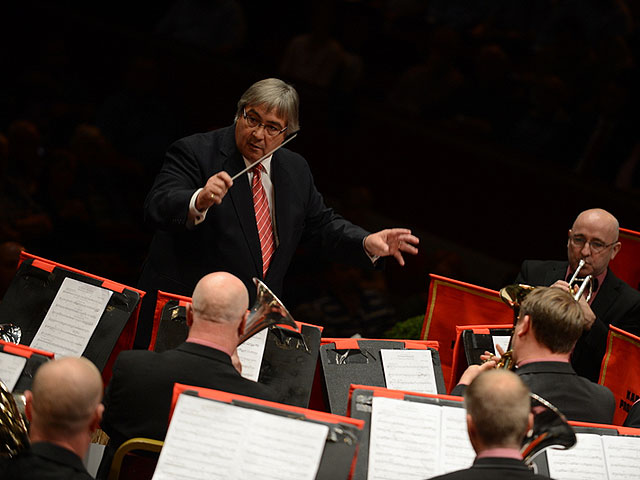 Will it all gell for Bob Childs at Grimethorpe?

A selection box of major contest works that should be on anyone contest organisers wish list...

1. Spiriti - If only the Nationals or British Open would take the risk.
2. REM-scape - More brilliant Doss to really listen out for come the Euros in Perth.
3. Traversada - From the man who gave us ‘Audivi’ - a bobby dazzler for the Second/Third Section
4. Symphony in Two Movements - A Gregson treat for the Americans in 2014, but why not the UK?
5. Mutant Sonorities - The Norwegians once again take the lead with a new bit of Aagaard-Nilsen.

A line up of judges well worth sticking in an open or closed box for a few hours....

1. David Read MBE - A last chance to hear the best in the business before he retires.
2. Stan Lippeatt - Welcome back a wiser and better informed man and musician.
3. Paul Cosh - Bold, brave and one heck of a bloody good judge of musical character.
4. Mark Wilkinson - Professional and progressive. He knows all the tricks of the playing trade too.
5. Luc Vertommen - A consummate musician with a wonderful breadth of knowledge. 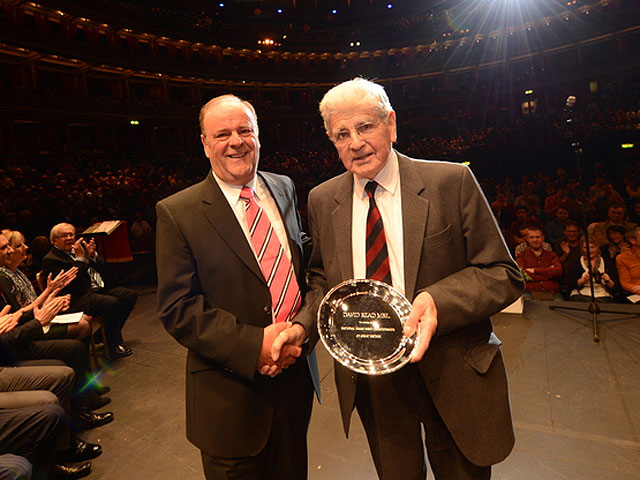 Five players to make sure you hear on the concert and contest platform this year.

1. Iain Culross at Grimethorpe - The Grimey top man heading the Childs revolution.
2. Benjamin Richeton at Black Dyke - The new young high wire expert at Queensbury.
3. Sean Peterson at Pemberton Old - A multi talented American who can play just about everything.
4. Jamie Smith at Hammonds Saltaire - One of the most sought after young cornet players in the UK.
5. Lode Violet at Willebroek - Yet another amazing young cornet talent to come out of Belgium.

Five contests to book tickets for in the coming months... 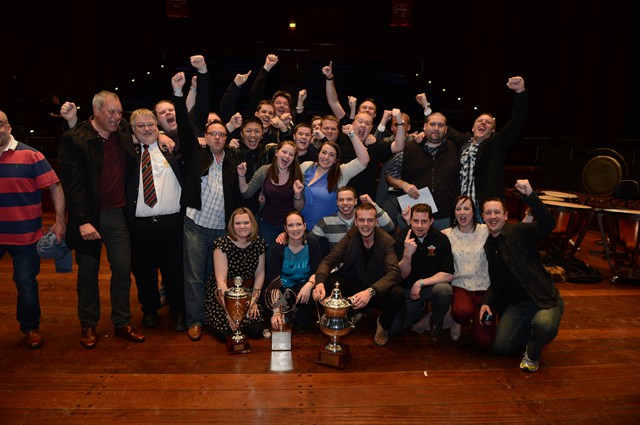 Can Cory repel the European hordes in Perth?

Even 4BR can be granted a few New Year wishes....

1. Top flight conductors and players to finally understand what a potential conflict of interest means when offered an adjudication job.
2. No more ‘borrowing’ at major contests.
3. For major UK contest organisers to take a punt on the music of some great European composers.
4. More players to offer to help with administration and stewarding at contests.
5. For the Nationals to finally add a few more pennies to the first prize at the Albert Hall. There has been no change since 1980!