The Best of Banding — How local banding partnerships can work

Jeremy Dibb provides 4BR with his personal experience of how partnerships between local community bands can work well.

My last article enthused about the Grimethorpe Besson Youth Band and how important it is that partnerships between Music Education Hubs and brass bands are created – and what a partnership it is.

However, we all know that bands have been around for nearly 200 years and have, in the main thrived with or without external partners.  It is also true to say that every performer in a top band probably started off in a local band at a lower level.

The quality of our top bands is therefore built and totally reliant on the hundreds of local village, town and community bands run by people like you who care.

It was therefore with real excitement that I recently went to meet the Musical Directors of the two local bands where I live - Cubbington Silver Band and Royal Spa Brass.

Both MD s are young and, as I discovered, very talented, highly trained and full of creative ideas.  Above all else however, what shone through was their total enthusiasm for the brass band movement and everything it stands for – to which I will return.

Both Cubbington and Spa Brass are bands close to my heart as well as my home, and both have similar histories: Each go back a long way but both folded before being restarted in more recent times.

It was as a 12 year old that I was taken down to Leamington Spa Silver Band, by my friend Tony Davidson, to meet the MD, Paul Russell and try out with the band.

I was immediately hooked and it was without question one of the best decisions of my life.

Paul and his wife Sheila are still very good friends and I have enjoyed a life-long career in music education, proving what we already know: Banding can give us life-long interests and life-long friends.

I moved to the village of Cubbington in 2001 and was walking my dogs along the High Street when, to my surprise, I heard the unmistakable sounds of a brass band in rehearsal.

I tracked it down to discover the newly formed Cubbington Band, directed at that time by Paul Johnston and, whilst not having the time to join as a full member, nevertheless enjoyed rehearsing and helping out in a number of concerts and contests.

Move on 12 years to my meeting with Alexander Webb, MD of Cubbington Silver Band and Hugh Rashleigh MD of Royal Spa Brass.

Both are highly trained and skilled musicians: Alex has recently completed a four year degree course at the Birmingham Conservatoire which included conducting sessions with Edwin Roxburgh and Guy Woofenden, with whom he still studies.

Hugh studied for a degree in Industrial Design and Technology at Loughborough University, but still found time to be awarded a university music scholarship and the university Mavis Prize for Music.

Alex is now a professional percussionist but also directs a professional brass ensemble ‘Bard Brass’ and the ‘The Frontiers Wind Orchestra’, which he formed as a student, in addition to his duties with Cubbington Band. 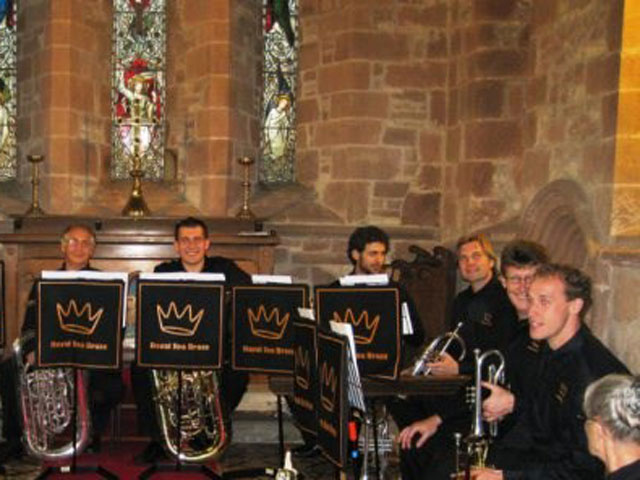 Hugh will be even more familiar to the brass band world if you have any interest in the amazing new plastic trombone, pBone - as he created it.

His engineering and musical abilities were put to good use in developing and producing the wildly successful pBone, as were his entrepreneurial skills in marketing it. In full entrepreneurial style he is now running his own PR Company, ‘Unity Roots Productions’, an artist management company.

My recent article ‘The Hub of the Matter’ raised and discussed the possible concerns that bands might have in entering into partnerships with local Music Education Hubs. 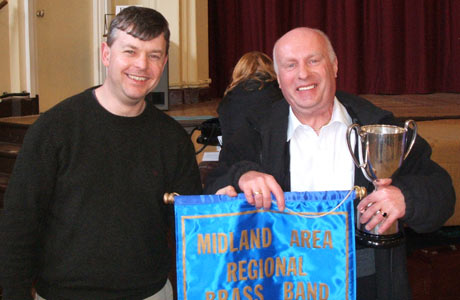 Alex and Hugh had no such concerns when they met with me. All they saw were the benefits to the young (and not so young) musicians in their two bands, and were soon discussing their own potential partnership opportunities that were far more creative and exciting than my original suggestions.

Alex and Hugh are already creating partnerships between the two bands and each conduct the other band on occasion; a very healthy situation between two local bands which sadly is not always the case.

When Hugh took over Royal Spa Brass the membership was down and he and the band committee have built numbers back up to a very healthy level which now includes two training bands in addition to the senior group.

They see themselves as a concert band and do not contest.

Alex took over Cubbington Silver Band at an even more precarious time when they were down to just 12 players. Under his direction the band have enjoyed a very successful contesting record but have recently lost a number of key players and are looking to consolidate and rebuild.

The positive relationship between the two directors is further mirrored in the fact that Cubbington Band now rehearse at the ‘Band Factory’; the band room belonging to Spa Brass.

For two bands so close to my heart it does seem to be a golden age of music making; led by two talented, dedicated and positive musicians, supported by a small army of helpers and imbued with the spirit that is the very best of banding. 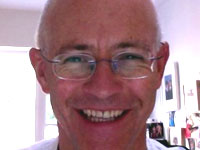