Brenden Wheeler looks back at the highlights of Desford's recent return trip to Singapore. 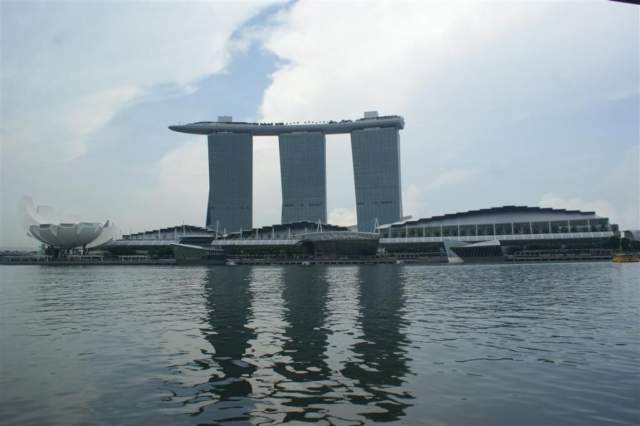 Not for the first time, Desford Colliery Band has returned from a successful five day tour of the Far East.

On this occasion, the band was a headline act at the Singapore Brass Explosion Festival 2012, an event which is rightly seen as the biggest brass festival in the South East Asian region.

The band members arrived in the city on Friday 1st June and headed straight to rehearsals under the baton of James Gourlay; the Scotsman once again proving immensely popular with the Asian audiences, as he returned to lead the music making for a second year running.

The rehearsal schedule was intense, with Desford having the pleasure of accompanying several internationally renowned soloists, as well as having its own programmes of music to prepare.

That said, there was ample opportunity to sample the delights of the city and enjoy the festival, with the usual entourage heading to the Sultan Jazz Club to enjoy the unique sound of Bossa Negra and other jazz acts, before retiring back to the luxurious Marina Bay Sands Hotel - complete with an infinity pool on the 54th floor.

A tour highlight took place on Saturday evening at the Charity Dinner. Festival delegates enjoyed a champagne reception and five course meal before sitting back for the entertainment provided by the great James Morrison in an outdoor concert at the hotel’s stunning outdoor amphitheatre.

The remarkable Singapore city skyline provided an impressive backdrop to the stage: Needless to say, James’ performance was simply breathtaking. 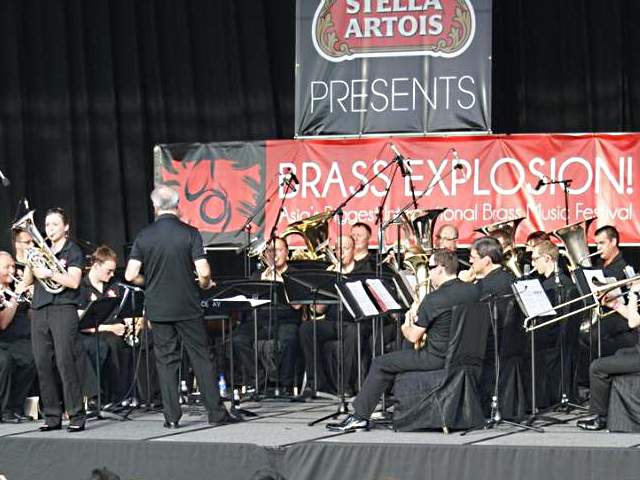 The following day, Desford was the featured entertainment, providing brass aficionados and Singapore locals with top class playing under the charismatic James Gourlay.

The band performed classics such as ‘West Side Story’, ‘Light Cavalry’ and ‘Pines of Rome’, whilst soloists Brenden Wheeler and Katrina Marzella received tumultuous applause for their contributions – particularly well deserved considering the 33 degree heat and overwhelming humidity!

Earlier James Morrison delivered an intimate talk to delegates and band members, highlighting his amazing virtuosity with his simultaneous performance of ‘Basin Street Blues’ on piano and trumpet.

Everyone revelled in the opportunity to pose questions to this phenomenal musician, with James’ answers encouraging a great degree of thoughtful self-reflection.

The experience was incredibly enlightening for all lucky enough to have been there. 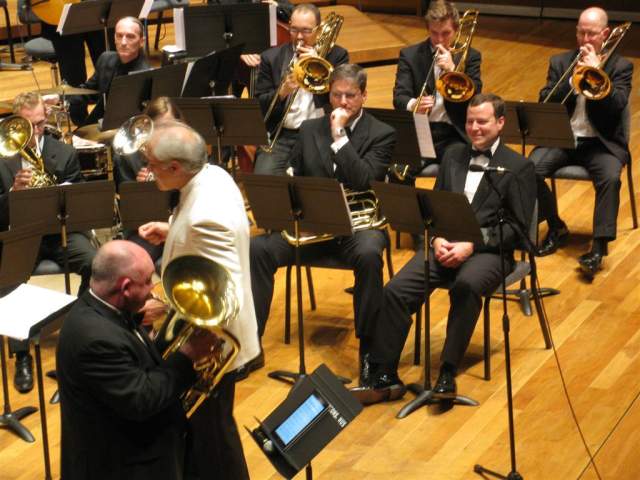 Jim  and Jim show Brenden how its done...

The climax of the Singapore leg of the tour came on Monday evening at the Yong Siew Tow Conservatory of Music, where the superb concert hall provided a wonderful setting for the Festival Gala Concert.

Desford got proceedings underway with ‘Enter the Galaxies’, before trombone virtuoso Darren Acosta delighted a packed audience with his highly accomplished rendition of, ‘Blue Bells of Scotland.’

Katrina Marzella delivered a sublime rendition of ‘Carrickfergus’, whilst euphonium legend Steven Mead gave a thought provoking performance of ‘Bliss’ by Hermann Pallhuber, before being joined by 2011 Brass Explosion Solo Competition winner Boonyarit Kittaweepitak in ‘Softly as I Leave You’.

The audience thoroughly enjoyed the mammoth work for four French horns, ‘Konzertstück ‘ by Schumann, where Desford were joined by Stefan Dohr and Sarah Willis, principal horn and fourth horn respectively of the Berlin Philharmonic Orchestra, as well as local players from the Singapore Symphony Orchestra.

Few would argue that Stefan Dohr stole the show – his colleague Sarah calling him ‘The James Morrison of the French horn’ after he performed with such power and beauty of sound. 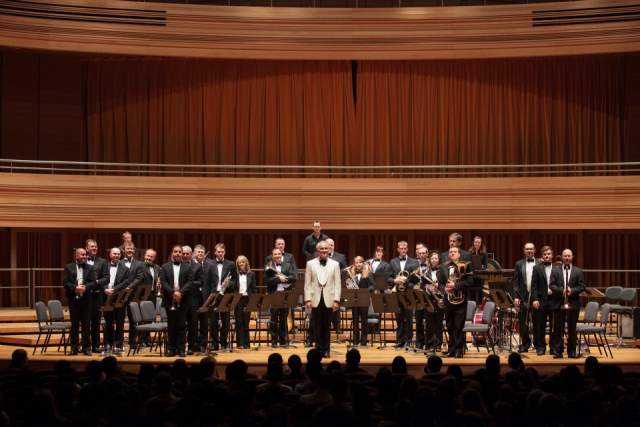 Take a bow: Desford soak up the applause

The 2012 Festival Band enjoyed its moment in the spotlight at the start of the second half, before Desford performed a trio of virtuosic numbers in its own solo set.

James Morrison then joined the action with his high-octane delivery and incredible technical prowess on trumpet, trombone and euphonium.

However his true class was evident in his performance of, ‘My Romance’, accompanied only by acoustic guitar, with James switching between trombone and trumpet to deliver soaring melody lines.

Before his ever-popular ‘Old Rugged Cross’ finale, all of the featured soloists joined in an upbeat arrangement of ‘Toccata in D Minor’.

There cannot have been a brass band front row quite like this before: James Morrison joining the principal trumpet of the Halle Orchestra, Gareth Small and Faireys stalwart Brian Taylor! 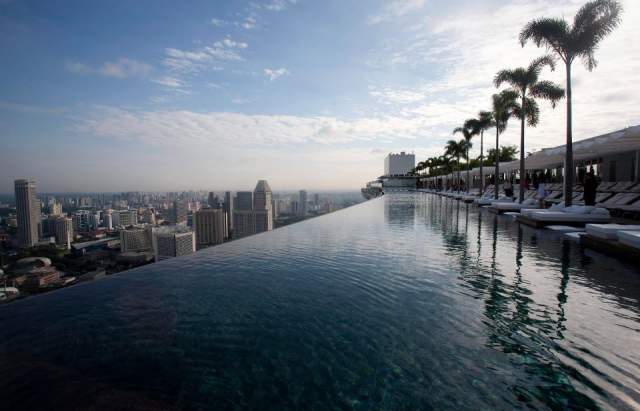 For the remainder of the tour, Desford performed two education concerts for school children before jetting off to Thailand.

Here band members enjoyed sight-seeing in Phuket Island and Bangkok and varied activities, from elephant riding and sampling the delicious Thai cuisine, to bartering in the local markets and quad-biking through the jungle.

Plans are already underway for the 2013 Brass Explosion Festival, due to take place between 29th May and 4th June 2013.

In the meantime, the Desford members have returned to the UK after yet another fantastic musical and cultural experience.