4BR's Malcolm Wood looks forward to a great day of music making at the National Youth Brass Band Championships in Manchester on Sunday. 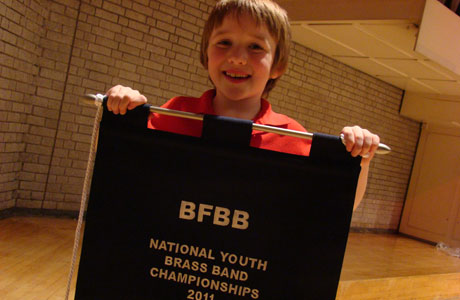 Its all about smiles in Manchester on the weekend...

The British Federation of Brass Bands may be experiencing a few internal difficulties at the moment, but their stewardship of the National Youth Championships continues to be a shining light of achievement for the organisation.

This Sunday a packed day of contesting (which starts at 8.45am and ends around 9.45pm) will feature no less than 45 different bands – a ringing endorsement of the successful changes implemented by the BFBB at the event over the last couple of years.

Such was the demand to compete in the Intermediate Section for instance, that this year the decision had to be taken to cap entries at 18 bands.

No wonder that there will be plenty of well deserved smiles on the faces of the excellent band of organisers and volunteers led by Arnold Tattersfield and Gary Walzack who run the event with a mix of military precision, patience and plenty of good humour.

Because of their efforts, the atmosphere at the Royal Northern College of Music in Manchester will be vibrant, excitable and loud, as the competitor’s get into the spirit of the various competitions and enjoy every single minute of the day.

The most welcome news for the BFBB is that the contest has attracted a number of new competitors. Bradford Junior Brass and Macclesfield Youth Training make their debuts in the Beginner’s Section under Morgan Griffiths and Liz Hudson respectively, whilst Black Dyke's young horn star, Jonathan Bates will be leading Thurlstone Training and Ben Tierney directing Tewitt Youth in the Junior Section.

There will also be satisfaction in seeing the likes of St Keverne, the former all conquering champions from Cornwall return once more after a decade away.

You can see how times flies at this event as they will be conducted this year by Gareth Churcher, who was playing in the band as youngster the last time they made an appearance! 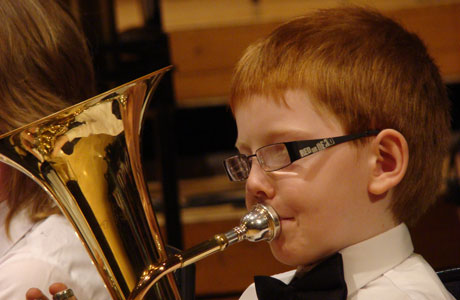 Concentration is the key...

This progressive approach is aimed at encouraging bands to move up through the various sections rather than to remain at the one level.

The RNCM provides a very compact venue, although the increase in participation has meant that the BFBB has had to bow to health and safety considerations.

Performers in the Intermediate Section will be asked to watch the action on the monitors outside the hall (especially for the results) as there simply isn’t enough seating available in the RNCM Theatre.

If you want to make sure you have a seat then book a ticket in advance.

The BFBB will try to ensure that the appropriate contest information and as much access as possible is given throughout the day, and that each band will have representation at the results ceremony, but it is an understandable consideration in this age of ‘where’s there blame make a claim’ mentality that safety comes first.

As always there is going to be a feast of great music making to enjoy.

The Championship and Intermediate Section contenders will have to include the music of Dr Goff Richards in their 20 minute programmes, with ‘Oceans’ a colourful and demanding set work for the top section and the descriptive 'A Saddleworth Festival Overture' a stern hurdle to overcome for the Intermediate challengers. 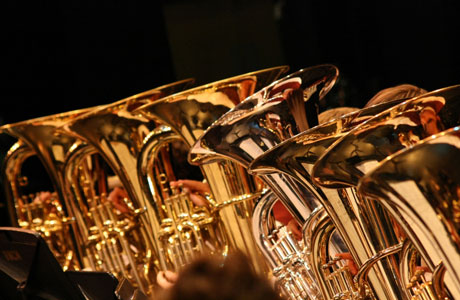 Numbers are up this year...

In the Beginner’s and Junior Sections, the emphasis is all about performing music to enjoy, so there is sure to be a ready supply of Kleenex tissues on hand for families and supporters bursting with pride as their young charges take to the stage to deliver their 15 minute programmes.

As always the BFBB has implemented its progressive attitude to the adjudication teams too, with a panel of judges the competitors both know and admire.

It’s not often that the youngest players on the day get to perform to Dr Nicholas Childs and Richard Evans, whilst it great to see the likes of John Doyle, Sheona White, Katrina Marzella, Les Neish, Steven Mead and Roger Webster all on duty too.

It all starts at 8.45am with the Beginner’s Section in the RNCM Concert Hall, which will be followed by the Junior and Championship Sections. Everything should be completed by around 9.45pm.

Meanwhile, the Intermediate Section in the RNCM Theatre commences at 9.30am with the results known around 7.00pm.

Bands and their supporters are reminded to give themselves plenty of time to get to Manchester as the motorway networks are anticipated to be busy with football traffic heading to Old Trafford for a lunch time game.

Manchester's RNCM ticks all the boxes from an organisational point of view and there is always a great atmosphere in and around the halls, so why not take the opportunity and get along and enjoy the experience for yourselves.

Tickets will be available on the day at the RNCM, but make sure you get there early. 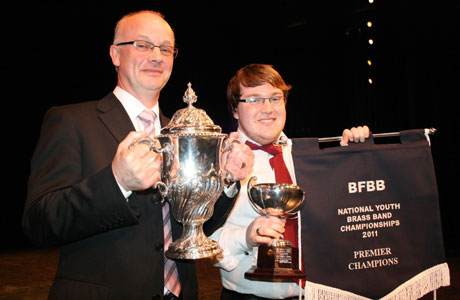 Oceans (Goff Richards) included in own choice programme of up to 20 minutes playing time.

The climax of the whole weekend comes fairly late on Sunday night with eight fantastic bands competing for the Championship Section title.

This is a very strong line up in anyone’s book, with the last year’s Premier Champion Carnoustie & District up against a field of classy challengers.

Judges Steven Mead and Dr Roger Webster will certainly be dissecting every note blown and they’ll certainly be interested to see how the contenders tackle Goff Richard’s colourful set work ‘Oceans’, which has been used over the years to test bands from Championship to Third Section level in senior competition.

It’s fun (listen out for the bit that sounds like the theme to ‘The Young Ones’)  although it’s harder than you may think – as bands in the Third Section National Finals found out a few years back. 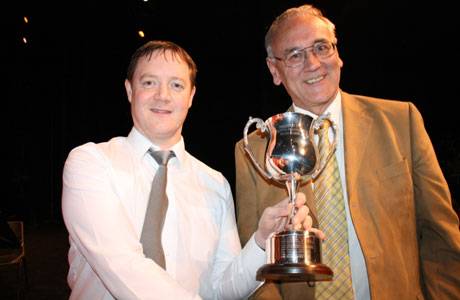 A Saddleworth Festival Overture (Goff Richards) included in own choice programme of up to 20 minutes playing time.

The biggest section of the day, the Intermediate contenders will provide close on 9 hours of top class music making to look forward to.

It will be a long contest but Katrina Marzella and Les Neish will no doubt enjoy the chance to listen to some well matched ensembles as they compete for the title.

As part of their 20 minute programmes, the bands will have to play ‘A Saddleworth Festival Overture’, written to celebrate the twinning of Saddleworth in the North of England and its namesake in Australia.

As a result the piece contains references to ‘Waltzing Maltilda’ and ‘Advance Australia Fair’ along with ‘Hail Smilin’ Morn’ (synonymous with Whit Friday) and ‘Pratty Flowers’.

It’s a curious mix that works wonderfully well and will be a stern test for the talented competitors. 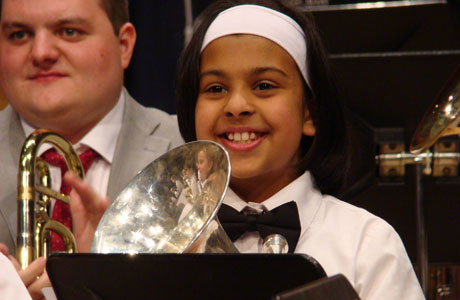 It's always smiiles all round...

A 15 minute own choice programme that must include one piece of music composed for brass band and two verses of a hymn tune.

Sunday afternoon in the RNCM Concert Hall promises to be a lot of fun as eleven junior ensembles set out to catch the ears of John Doyle and Sheona White.

There is a welcome increase in the numbers this year, with two debutants in Tewitt Youth and Thurlstone.

There’s no set work, although good basic brass band playing is required with the requirement of an original piece for band and two verses from the good old ‘Red Hymn Book’.

John and Sheona will be looking for bands that not only enjoy themselves but do the basics well too. 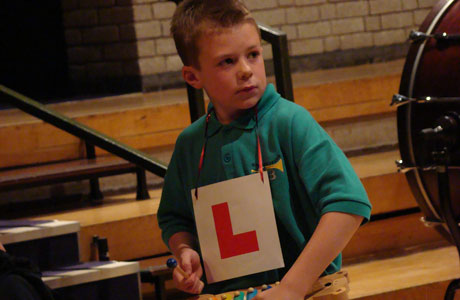 An own choice programme of 15 minutes duration.

Without question, the most important – and enjoyable section of the whole day kicks off the National Youth Championships at 8.45am, so quite a few of these competitors will be up literally at the crack of dawn – although you doubt of any of them really enjoyed wink of sleep due to the excitement of taking part!

Eight super ensembles will provide quarter of an hour programmes for Dr Nicholas Childs and Richard Evans sit back and enjoy, whilst the packed audience will lap it all up with plenty of tears of pride in evidence we are sure.

Some adult help is allowed, but it’s also great to see that its invariably the youngsters who lead the adults through playing and not the other way around!

As with the Training Section last year, a 'Band of the Day' will be declared as the overall winner, although the overriding ethos is about encouraging enjoyment in participation.