Iwan Fox looks back at the event's in and around a memorable weekend in Wales. 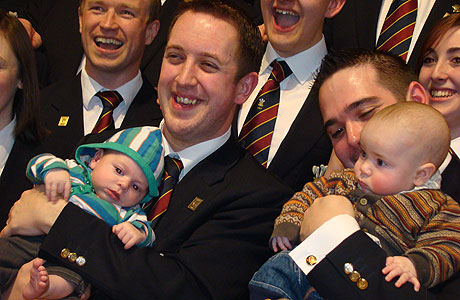 Cory: The next generation?

It was certainly a momentous weekend in Wales.

Never mind a third Grand Slam in eight years for the boys in red. This was all about a ninth (and perhaps final) Welsh Area Championship victory for Bob Childs and Cory.

The rumours had been filtering their way around the Brangwyn Hall, like careless whispers of indiscretion from errant French husbands after a dirty weekend away in Cardiff to watch the match.

Tour rules don’t apply in banding. Even the merest hint of something going on gets back to other halves. And the word on the street was that Bob Childs was planning to play away from the home he had been master of for the past 12 years.

Professional to the end, he didn’t let a word of his pedning departure from the world’s number 1 ranked band fall from his lips, but the you sensed there was something different about the celebrations as he held the curvaceous Welsh Area Trophy once more.

It was as if he was giving an old flame a last loving cuddle.

Don’t bet against him coming back though.

Frenchmen may have a more laissez-faire attitude to long term relationships, but Welshmen do miss their home comforts more than most. A 10th Welsh title may yet be inked in on his CV. 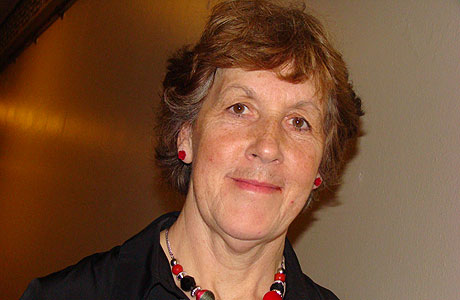 Elsewhere, the Grand Slam certainly ensured that the Hall on Saturday was sparsely littered with listeners, although the good news for the Welsh Regional Committee was that the number of competitors was up (the event even boasted a player in the Third Section who had actually taken part in the Olympic Games) and so were the takings.

The cash register in the bar at the Brangwyn Hall rang like the bells of Notre Dame heralding the return of Napoleon Bonaparte.

Things are looking up in Welsh banding, despite the desperate need for new blood to help the Stakhanov workers on the Regional Committee.

Even Mrs Broadbent lent a helping hand to a group of volunteers who are doing a quite remarkable job in the circumstances.

The new Welsh Banding Forum will be looking to see how it can encourage not just bands to provide much needed assistance, but how they can get more people to forsake the national game for a couple of hours to listen to some top class musical entertainment.

Once more Wales sends a scrum full of high quality qualifiers to Cheltenham and London.

People are missing a treat – even the bloke the 4BR Editor saw on Saturday night on the floor of his local pub: There he lay, as naked as a grotesque Botticelli cupid, oblivious to his predicament, sprayed and buffed with furniture polish to the colour Donatella Versace on a sunbed by his celebrating mates after Wales had won the Grand Slam.

The next day his wife rang to say that she had forgiven him; mainly because he now smelled better than he had at anytime in the last ten years of their marriage, and that be collapsing asleep on the floor of the living room when he eventually got home he had inadvertently done the dusting for the first time in his life.

That’s what prize winning relationships are all about...