Two faces of 21st century banding were on display at Butlins — but guess which one the BBC was interested in? 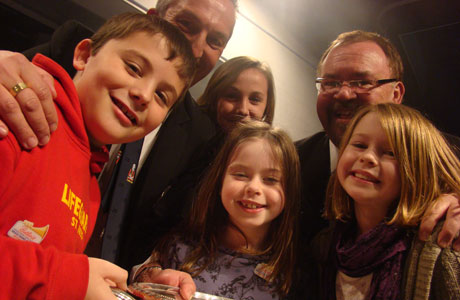 A great family atmosphere at Butlins

Two very public, and very different faces of 21st century brass banding were on display at Skegness on the weekend.

The first was the family orientated one provided once again by the Butlins organisation;  the great entertainment amenities, generous prize money and excellent contest facilities - all brought to the paying customer with a warm welcome within a friendly atmosphere.

The other was the horrid, spiteful, illegal one that has gradually crept into banding through the misuse of social media networks.

Guess which one the BBC was interested in finding more about after both elements were reported on by 4BR?

Not the great entertainment provided by the bands in all the sections from Championship to Youth, that’s for sure - but the comments left on Twitter by some moronic posters who felt it necessary to indulge in offensive descriptions of competitors that included references serial rapists and acts of paedophilia. 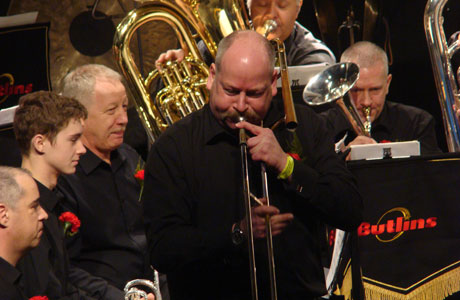 Not surprisingly, the culprits will now be shaking with the type of fear such inmates experience when being banged up on an unsecure prison wing, after their luddite approach to technology  revealed an electronic trail back to its source every bit as slimy and distasteful as the Twitter comments themselves.

The warnings to those who indulge in such action and to any bands that they may be associated with, have now reached their limit.

And as much as they may protest their innocence and their right to free speech, recent legal precedents may well see them facing a very uncomfortable visit from the long arm of the law.

The objectionable antics of such a tiny minority should not be allowed to tarnish another excellent Mineworker’s Festival – one that has now grown into a huge banding event.

Over 4,000 people either took part or supported the bands over the two days, and in return the bands did them proud too – most notably the Grimethorpe Re-union Band on the Sunday night, which was made up of some of the greatest players ever to set foot on a contest stage and who provided a packed Centre Stage with a brilliant concert led by Frank Renton and Ray Farr.

Hearing Pete Roberts thumping ‘em out once more was worth the price of the weekend alone, whilst the ‘Blow of Heroes’ and ‘Welsh Miners Appeal’ events that also formed part of the interactive banding experience were excellently supported. 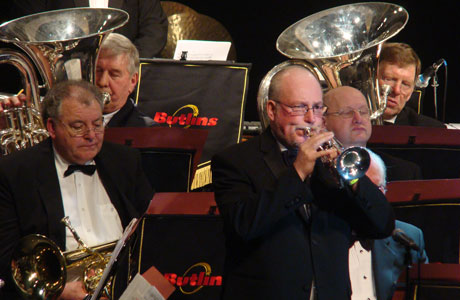 Worth the admission price alone - Peter Roberts back on sop form

With well chosen set works providing stern, but accessible tests, the MDs were asked some searching musical questions – many of which, as the panel of Grimethorpe judges later told 4BR, were not always answered in any sort of coherent fashion.

Robert Farnon, Eric Ball and Granville Bantock may well have endured an uncomfortable turn or two in their graves on Saturday (thankfully Messer’s Wilby and Sparke are still with us, but may still have felt a twinge in the ear drum).

With a growing reputation, and with such big prizes up for grabs (especially in the Championship Section), the one area that did cause debate was the question of borrowed players.

The rules stated that up to four players could be borrowed but not to play in principal positions or as a soloist unless agreed prior to the contest by the organisers. It was a welcome move that when utilised in the way in which it was meant to allowed bands to compete – some for the first time. 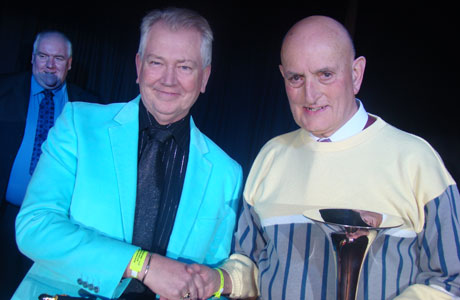 The problems arose however with some of the more ‘inventive’ reasons for making the requests in the first place – especially in the top section.

If you have to borrow up to four players at this level for whatever reason, then you do have to start questioning whether or not such bands should be in the Championship Section in the first place.

If the same bands manage for the Areas without borrowing, and only need 1 player for the Grand Shield, why do they all of a sudden need up to four for Butlins.

Now that is something the BBC should investigate more about...