Has the Masters run its course or can it once more become the fifth major? 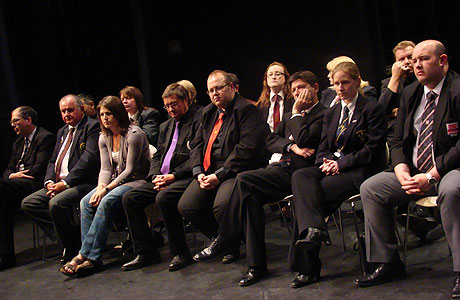 Can the Masters still attract the bands to Kettering?

For a Championship that has shown a remarkable capacity for inventiveness over its 23 year history, the Masters once more finds itself in need of new ideas if it is to remain a major contest with a vibrant future.

It is far too early to start giving the event the last rites, but there was an unmistakable whiff of decay in the air at Kettering on the weekend.

Despite the excellent organisational abilities of Philip Biggs and Richard Franklin and the generous sponsorship the event continues to attract, a bulging bank balance is of no use when an ailing body is starting to attract the unmistakable flyblown buzz of atrophy.

It’s only a short journey from there to the contesting graveyard, and we can well do without the erection of another headstone marked RIP: The All England Masters International. Born 1989 – died 201?

Something has gone wrong though – the pitifully small audience at The Lighthouse Theatre both for the contest and evening Gala Concert was testament to that. 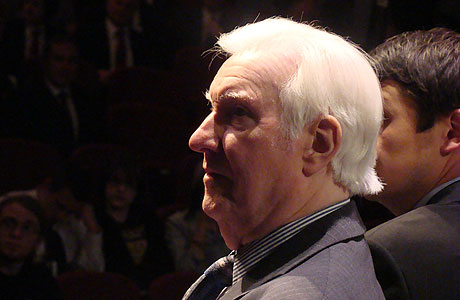 Less than 120 people took the opportunity to listen to the two best bands of the day – Tredegar and Virtuosi GUS, who were drawn side by side.

At times there were close to being more players on stage than listeners in the hall.

At the moment, the Masters is a contest in need of an elixir of regeneration. It’s by no means in terminal decline, but intensive care beckons.

The emergence of the English National Championship has undoubtedly seen the priorities of the very best English bands change over the last few years – only Hepworth, who will compete at Preston in a month’s time, made the trip south.

There were no recent winners in Foden’s, Desford or Rothwell, whilst Brighouse (who last appeared 2004), Leyland (2004) and Fairey (2008) were also absent.

No Dyke of course and Grimethorpe last appeared in the last century.

Meanwhile, Cory, the band that in some way provided the catalyst for the last Masters overhaul, hasn’t returned since its single outing in 2005, whilst Co-operative Funeralcare choose did not to defend its title, deciding to concentrate on the domestic West Lothian challenge instead. 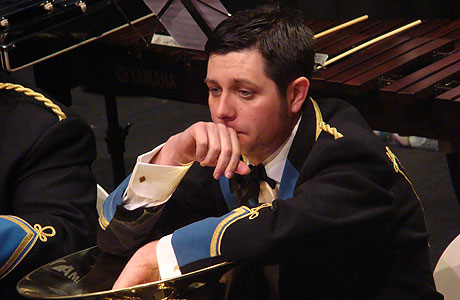 Waiting to be fulfilled. Can the Masters capture the imagination once more?

There was no Scots, Irish or European representation – Buizingen dropping out at the last possible moment (their name still appeared in the programme).

These are hard times of course, but despite the generous prize money, relaxed rules (you can borrow 4 out of the allocated 28 brass plus percussion players) the modern facilities, slick organisation and the experienced team of judges, the event has seemingly lost the ability to attract the very best bands to battle for a title that was once seen as the unofficial ‘fifth major’.

The 2011 Masters field was made up of just four British Open contenders (although to be fair one was the reigning champion Tredegar), 12 from the trio of Spring Festival contests and the one American visitor.

With the best will in the world, it wasn’t a field that was going to attract a great deal of non partisan support. 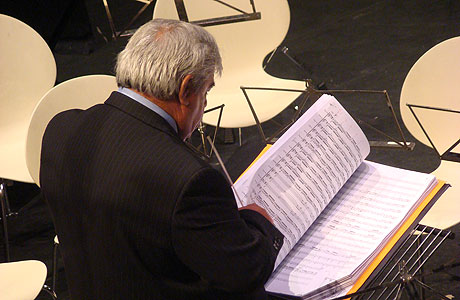 Many people 4BR spoke to complained of the lack of atmosphere at the Kettering Conference Centre – an admirably clean, modern multi-purpose venue, but one tucked out of the way from the main amenities and attractions of the town and expensive for food and drink.

Others moaned about the ticket prices - £17 for the contest and £15 for the evening concert – and plenty had an opinion or two to say on a test piece that many found musically unfulfilling.

There were not a lot of happy contesting bunnies around.

However, the majority still made the point that they felt the Masters deserved support, but needed to regain that pioneering spirit that made it such an essential and attractive event.

Now more than ever, they told 4BR, the banding world needs a championship that can be both popular and innovative once more. 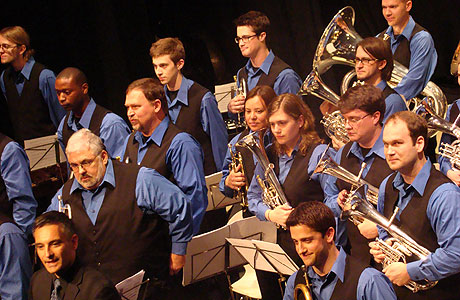 Perhaps it even needs a contest back in Manchester?

So why not tap into that foundation of support?

That locality may attract more listeners (Kettering is an awkward trip), whilst a slight re-jig in prize money, a return to consultation about test piece choices, the judging process and adjudicators, and more realistic ticket prices, the Masters could start attracting top competitors again.

The players used to love the Masters format; the keen sense of rivalry, the pressure of the contesting environment and the sense that they were seen as an essential part of its growing success.

Now they feel its just another event is an overcrowded contesting calendar.

That’s a huge pity. But perhaps it had to come to this for the movement’s most inventive contest organisers to turn the Masters once more into one of the truly great championships of the banding world.