2011 European Brass Band Championships — What now for the English?

4BR Editor Iwan Fox wonders what the future holds for English bands at the European. 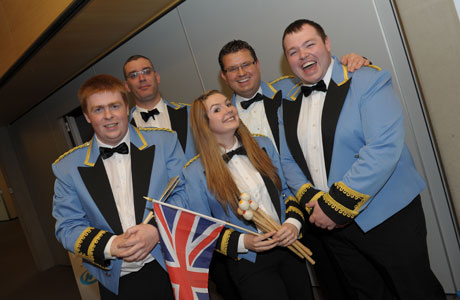 Flying the flag for England - Fairey in Union Jack mode...

It may not surprise many people that Black Dyke was the last English band to win the European title, but it may surprise them to learn that the last time they were crowned Champion was in 2005.

It is now six years and counting since a pair of unbeatable performances in Groningen resulted in the flag of St George being waved in triumph come the announcement of the results.

Between 1994 and 2005 European rivals would have had to have used a chainsaw to lower the English colours from the victors flagpole, as first Williams Fairey, then Black Dyke, YBS, Brighouse, YBS again (and again) and Dyke once more, stamped their musical boots all over Europe’s finest.

Not now they don’t. 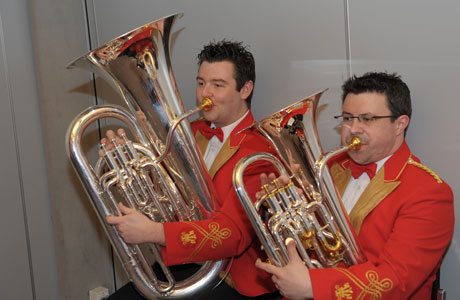 First the Belgians of Willebroek and then the might of Cory put a stop to all that: Now the Norwegians are top of the pile once more.

So can the English hope to regain the title they held almost in perpetuity in Rotterdam in 2012, and end a seven-year itch of failure?

The European contest has moved on since 2005 – both in the quality of its organisation as well as the bands that are now taking part: Montreux showed that in full. 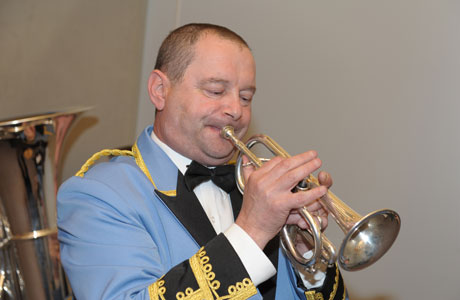 The great Alan Wycherley gives it one last shot

Whoever gets through from Preston (and it is interesting that the contest will now copy the European two legged format), may well be faced with the strongest field of rivals ever assembled in the De Doelen Hall next May.

And if the evidence on show at the Stravinski Auditorium was anything to go by – it will not be easy to end a lack of success that started out looking a like a temporary dry spell but is now taking on the aspects of a title winning drought.

Not only will the twin Nordic pillars of Manger and Eikanger pose a huge double obstacle to overcome, but there is also the threat posed by a wounded Cory (who will surely not repeat the mistake of coming to the contest with a band bloated to the point of excess) and the growing menace of the new powerhouses of the Low Countries.

Noord Limburgse and Schoonhoven were mighty impressive in Montreux and are getting better and better – especially under two outstanding conducting talents in Ivan Meylemans and Erik Janssen. 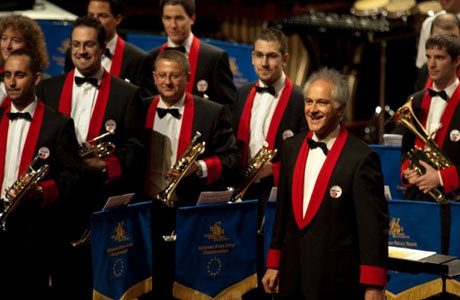 Then of course there is the return of the Austrians of Oberosterreich and the unpredictable, mercurial Swiss.

At present the English may only enjoy the slightest sense of schadenfraude from the appalling record the Scots have had to endure over the same period of time – although they will send a resurgent Whitburn down from the Highlands if they can build on their recent return to form. 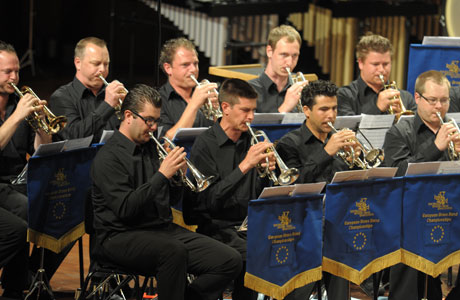 Men in black for Noord Limburgse

One observer in Montreux told 4BR that just like football and cricket, the English had given the world a sport that they once used to dominate, but which they have now become a big name also ran.

He said it with a hint of depressed cynicism in his voice – but also with more than a grain of truth too.

The reality of it all is that if English banding is not careful, it could be in danger of losing its grip once and for all on a title it once claimed as its own.