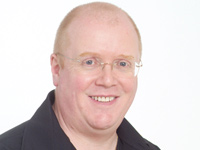 The championing of the set test piece contest as the pinnacle of brass band contesting is the single most destructive force in the continuing demise of the brass band.

Is it any wonder that the general media shows little interest in what we do when we present this format as the pinnacle of our musical aspirations?

Or is it possible that the time has come to widen our musical horizons and to share amongst us a more varied diet of music from the rich heritage of our repertoire?

Audience figures suggest that there is a rapidly diminishing audience for multiple performances of the same piece and who can blame them from staying away or spending the day in the nearest bar.

From reported accounts in recent years there seem to be a disproportionate number of performances of set pieces, which are left trailing in the wake of a handful of decent attempts.

One really has to question the choice of set test pieces and whether it is possible to justify restricting the choice of piece and expect every band to fulfil its potential in performance.

Four knowledgeable and vastly experienced people trying to gauge the current state of play across the board of the standard of British banding and choose pieces that suit everyone.

All done under the constant barrage of internet abuse that the pieces selected are too hard/easy/old/modern/boring/untuneful/have nothing in for  me/contain too much or too little percussion.

This years list contains two pieces that would be serious contenders for a top twenty of brass band test pieces ever; namely ‘Paganini Variations’ and ‘Resurgam’, and the panel are to be applauded for trying to expose the new generation of players to these mastery compositions

But is ‘Resurgam’ really a suitable choice for Second Section bands?

There is also a huge leap in standard from the Fourth Section choice to the standard of the 4th movement, ‘Cardiff Bay Ice Cream’, of the Third Section - a movement which I have heard many conductors voice concern about over its suitability - more of which later.

There is also the damaging effect of using the previous years British Open piece as the Grand Shield test, and the consequent automatic passing down of test pieces which leads to the ill informed myth that piece ‘X’ is no longer a suitable test for top bands because it has been used at the Grand Shield/Senior Cup/Senior Trophy.

There is a suggested graded test piece list issued by SCABA, the Southern Counties Amateur Bands Association which was updated in 2004 and which lists ‘Carnival Romain’ as a Championship Section piece and ‘Resurgam’ as a First Section piece.

Are we then to assume that in the intervening seven years bands have improved so much that these pieces are deemed too easy for those gradings?

These graded lists, while useful to some degree, cannot be taken to be set in stone. Many bands graded in the Championship Section would find ‘Carnival Romain’ and ‘Resurgam’ taxing on the contest stage - it’s all just music.

Clinging to the set test formula is no longer viable in my opinion.

The standard of bands is so varied and in some cases in constant flux that the decision of what constitutes a good, fair test of a particular band at a given time must be put in the hands of the person who know that band best, namely the conductor.

So how would an own choice selection improve standards?

Logic dictates that with all bands choosing their own pieces performance standards would surely improve. It may even help eradicate the thorny problem of part swapping. If you haven’t got the band to play the piece as the composer intends then don’t choose it.

I have personally found in teaching young adult players over the last 25 years - and this goes through to university level higher education - that they are very often severely lacking in a knowledge and appreciation of the standard brass band repertoire.

There seems very little interest on a personal level of exploring the core repertoire, much of which contains valuable examples of good writing and ways to develop musicianship.

Is this because they see no need to do this until a specific test piece is forced upon them for a competition?

Conversely I have also found that of the really exceptional pupils I have taught all have had an innate curiosity of exploring the treasures of the repertoire without any real prompting. It is no coincidence that they become better players, sight-readers and musicians when they expose themselves to a wider range of music.

There is a vast array of forgotten and neglected pieces in most band libraries gathering dust. Enterprising conductors could unearth just the test piece they need to show off their own band while also improving sight-reading and developing knowledge of the repertoire.

It would also provide potential encouragement for young composers - especially for those who perhaps want to try and break away a little from the prescribed test piece formulaic language, which too many pieces come clothed in.

I am sure there are many struggling composers who would be willing to work with a specific band on bringing their music to the attention of a banding audience looking for something exciting and new.

Provisos may have to be put in place regarding the use of newly composed or commissioned music, although some may argue that it may not always be an advantage to play a completely unknown piece..

Time limit restrictions would also apply to each section, perhaps a sliding scale increasing in length through the sections enabling contest organisers to plan the logistics of the contest day.

This would also help the situation as to how certain choreographed player movements were incorporated - look at the problems over ‘A Little Light Music’, this years Third Section regional piece.

There is also the argument over the differing percussion requirements for regional and then national pieces, where the regional piece perhaps required three of even four players and when the band qualifies for the finals they are presented with a piece which requires only two.

With an own choice test each band could choose a piece which enables all of their percussionists to participate.

The question of how bands should tackle particularly rapid, technical passages is often raised. Is it better to play well under the written metronome mark in order to gain clarity, while sacrificing an element of style, mood and “feel”, or should bands sacrifice clarity and cleanliness in attempting a tempo which better reflects the composer’s intentions?

With an own choice test no such worries need occur. If you cannot make a good attempt at the musical and technical aspects of the work as the composer intended then don’t play it.

Some potential dissenting arguments are put forward as follows:

‘It would be more difficult to adjudicate’

Judging from my conversations with a number of eminent adjudicators on this none seem particularly phased by the idea, as I would have expected.

Any competent judge would be able to weed out a conductor and band trying to pull the wool over their eyes by hacking through ‘Blitz’, ‘Contest Music’ or ‘Harmony Music’ in a lower section contest.

There may be a few initial crash and burn performances but hopefully also a very quick learning curve. The bands that deliver the most completely satisfying musical and technical performances would be rewarded.

‘It wouldn’t be a level playing field’

I would argue that an own choice test piece format would create a more even playing field where each band has the chance to play to its full potential by choosing a piece which best shows off its collective talents.

At the moment a band may have a rapidly developing player on a certain instrument who is not being stretched sufficiently by the pieces used or one whose development could be severely hampered, or worse, by subjecting them to weeks of torment on a piece which is too big a leap forward for them currently.

There is no joy in watching and listening to developing players struggling through something that is patently beyond them. It is akin to watching ten year olds play football on full size pitches - and with similar end results.

For me this would be even worse than the current system, instantly creating a hierarchy of difficulty within the small prescribed list.

It didn’t work at the British Open five or six years ago and was even less of a success at the European in the late 1990’s when pieces from the ‘golden era’ of the 1930’s were used.

Other potential dissenting voices to an own choice test piece approach may be certain music publishers who provide many of the new pieces currently used.

One would hope that they would be able to see the bigger picture that increased awareness of a greater variety of music, and composers, would stimulate sales across the board for all publishers.

A more varied diet of pieces with an increase in performance standards across the board should provide more incentive for increased audience numbers and who knows perhaps even the competitors may curtail the visits to the bar to hear something they haven‘t heard before.

Perhaps the most damning example of the set piece outgrowing its usefulness which I can give is the current situation of a long term friend and third Section conductor who is withdrawing their youthful and improving band from this years regional contest.

This is because they fear that 8/10 weeks of rehearsal on some of the extreme technical difficulties, for which they consider their band not ready to tackle, could destroy the confidence, enthusiasm and fun they have come to expect from banding.

The conductor of this band is experienced and very competent. He knows the strengths and weaknesses of his band and is quite capable of choosing from the vast range of music available a test piece which will help the band develop at a sensible pace, utilising its strengths while still encouraging the less able players to improve, participate and keep a sense of enjoyment.

It simply isn’t good enough to carry on with the archaic status quo.

We complain that the wider musical world sees us as narrow-minded musically yet we restrict even the diversity of what we currently have to offer as the best of ourselves.

Put the ball firmly back into the court of the bands.

Stop the griping about the suitability or otherwise of the music choices, put some effort into finding music which appeals to you and displays the full potential of your band.

Put the onus of choosing a test piece back at the coal face, let the conductors and bands choose their own music and let’s really find out what the true standards across the board are.