Television review: Our Lives — Battle of the Bands 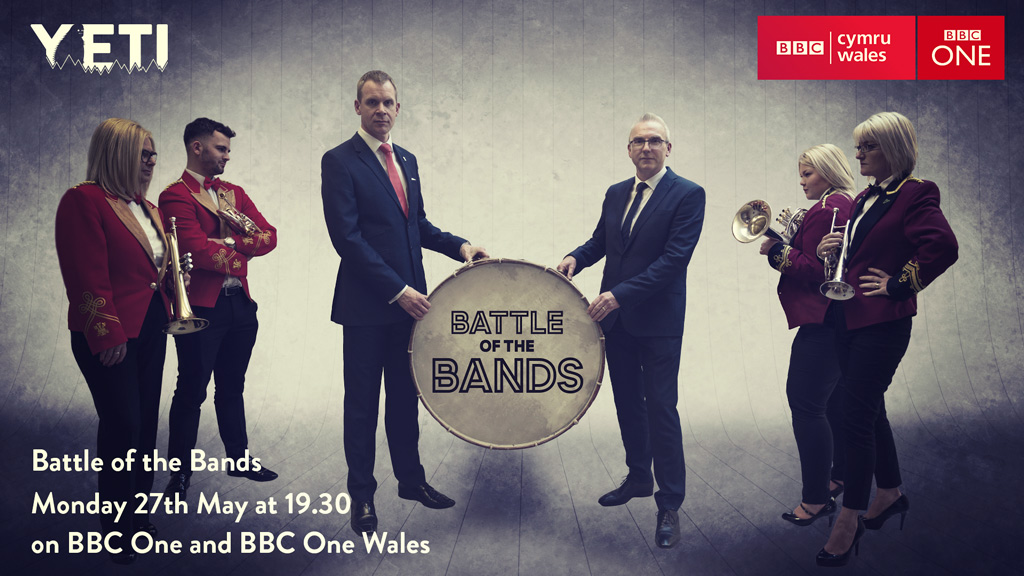 This was not a programme about brass bands.  It was however one about the people who play in them.

‘Our Lives’ is a documentary series produced by Yeti Media, a Welsh television company which has produced programmes as diverse as ‘The Wedding Guru’ to ‘Sylvia Plath - Life inside the Bell Jar’. ‘Battle of the Bands’ was the first of a new series (this is the third) of eight films commissioned by BBC 1 which celebrate the diversity of UK society.

The narrative line therefore centered on Cory and Tredegar as they prepared for their appearance at the recent Welsh Regional Championships in Wrexham, although the underlying focus was on the people whose lives gain a great deal of musical enjoyment and purpose in being a part of them.

This then was about excellence, commitment, determination and pride, a sense of belonging and community - in this case Cory tuba player Tim Evans and Tredegar soprano, Ian Roberts; one an engineer with a bit of a chequered past determined to make his young daughter proud of him, the other a headmaster of one of the most demanding pupil referral units in south Wales and therefore juggling youthful responsibilities of a different kind.

It was a story that could have been told about any level of banding in any area of the country - from Cornwall to Scotland and all bandhalls in between.

Crucially, it didn’t treat those featured with a patronising air of twee disrespect or lazily drawn stereotypes.

Neither though was it meant to explain brass band contesting to the uninitiated.  Why should it?  The audience at the contest painted an easily understandable picture of that particular, insular relevance to the outside world.

Neither though was it meant to explain brass band contesting to the uninitiated.  Why should it?  The audience at the contest painted an easily understandable picture of that particular, insular relevance to the outside world.

Instead, ‘Battle of the Bands’ shone a sympathetic light on why and how high quality amateur music making is still embedded into local communities - and not just throughout the Welsh valleys. There was humour and a touch of pathos, a pinch of history and plenty of endeavour - but all infused in the prism of a singular pursuit of excellence.

Cory and Tredegar deserve great credit for their involvement (both also gave a third of their appearance fees to help meet the costs of the Welsh representatives who played in the European Youth Band) - and for proving that brass bands can be a subject for prime time national television entertainment without recourse to a single mention of ‘Brassed Off”.

Hopefully with the four part Sky Arts series to come later this year, it won’t be the last either.