We have a look at the heavyweight offerings from the tuba mouthpiece manufacturers that are making a mark in the depths. 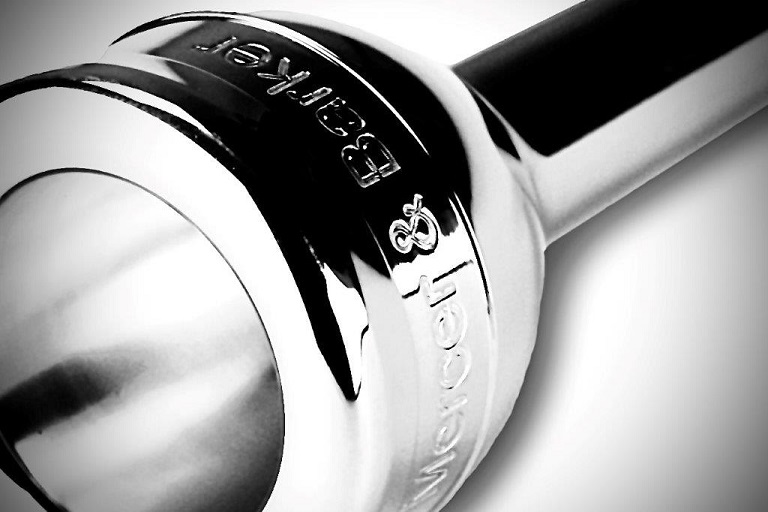 The tonal foundations on which great brass bands are built do not come about through accident, but by design.

Having fine players helps – but given there are just four stanchion points on which a conductor can create a warm, dynamic structure then it also helps if they are provided with well designed tools for the job.

Tuba instruments themselves have gone through substantial design improvements to enhance their response, dynamic spectrum and intonation in recent years: So, it shouldn’t come as a surprise that the performers themselves are becoming much more discerning over the choice of mouthpieces they use to meet those demands.

Having fine players helps – but given there are just four stanchion points on which a conductor can create a warm, dynamic structure then it also helps if they are provided with well designed tools for the job.

The established manufacturers are well known and respected, but there are also a growing number of niche artisan creators making their mark.

The choice available to players is now extensive to say the least – and caters for requirements for orchestral to brass band, solo to ensemble work. 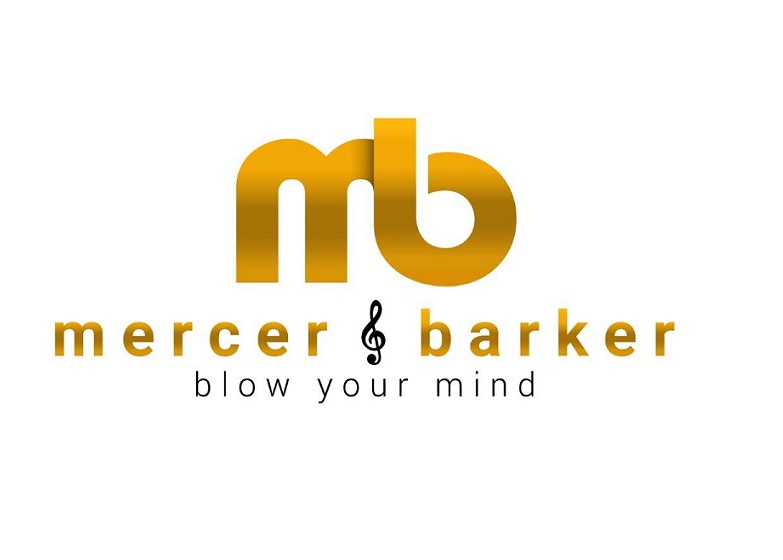 The latest British company to enter the marketplace is Mercer & Barker - formed in 2019 by Carl Mercer and George Barker – two tuba players with extensive design, production and sales experience.

Their stated aim is to produce mouthpieces that they say are, “…not only aesthetically pleasing but have been developed and designed to improve core sound, adaptability and secure intonation across all registers.”

Their stated aim is to produce mouthpieces that they say are, “…not only aesthetically pleasing but have been developed and designed to improve core sound, adaptability and secure intonation across all registers.”

Over the last two years they have worked closely with respected tuba figures in the banding world such as Shaun Crowther, Simon Gresswell and Andy Cattanach to tailor their small but expanding range of products.

The responses so far have been hugely encouraging – so much so that the ambition is to manufacture a full range of mouthpieces in the future.

We have had our hands on two models – the MB2SS (BBb tuba) and MB4SS (EEB tuba) and asked our two experienced tester to give them an extensive run-out. 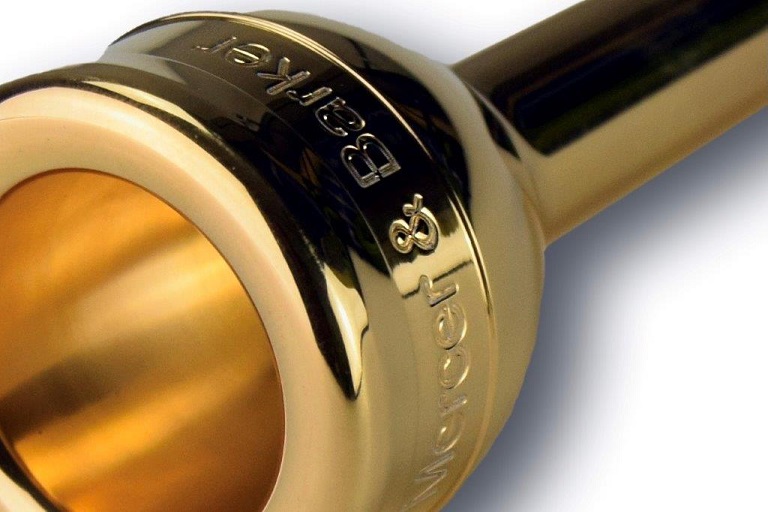 The MB2 mouthpiece (SS – stands for Stainless Steel) is the largest model currently produced in the range and designed to enhance playing throughout the range of the instrument.

It is certainly hefty, but the sleek appearance is manufactured with care and precision from a quality bit of metal.  The stainless steel model we tested could withstand bumps and scraps without a problem.

For such a large mouthpiece it is very comfortable; the rim nicely rounded and cushioned to aid endurance but still give solid purchase. The cup is drilled with a deep bowled funnel with a throat that looks like it could swallow a small boat.

It fits snugly into the instrument (our tester plays on a Besson 994 Sovereign) – an instrument that takes a bit of filling.

And that is where the MB2SS really made its mark - allowing copious amounts of airflow without restriction, yet still enabling the tonality to remain warm and centred throughout the range.

Give it the ‘full monty’ and there is still something to spare, yet it was also very secure and responsive at the other end of the dynamic spectrum.

And that is where the MB2SS really made its mark - allowing copious amounts of airflow without restriction, yet still enabling the tonality to remain warm and centred throughout the range.

A player with a solidly ingrained, correct production technique can really make the most of its characteristics – maintaining a dark but rich tonal colouring that can be lightened with experience.

Being such a leviathan, it does needs careful, respectful handling. It is easy to let rip, but given that it offers comfort and flexibility to go with the more obvious characteristics, this is a mouthpiece that aids the playing experience for you and your band.

Lots to admire – but this is big one, so if you need something a little more svelte, there is the MB1 that is just nipped and tucked in the right places.

All this and you can also consider different rim/body finishes too – from bright silver plate to full bling gold depending on your preferences and depth of pocket! 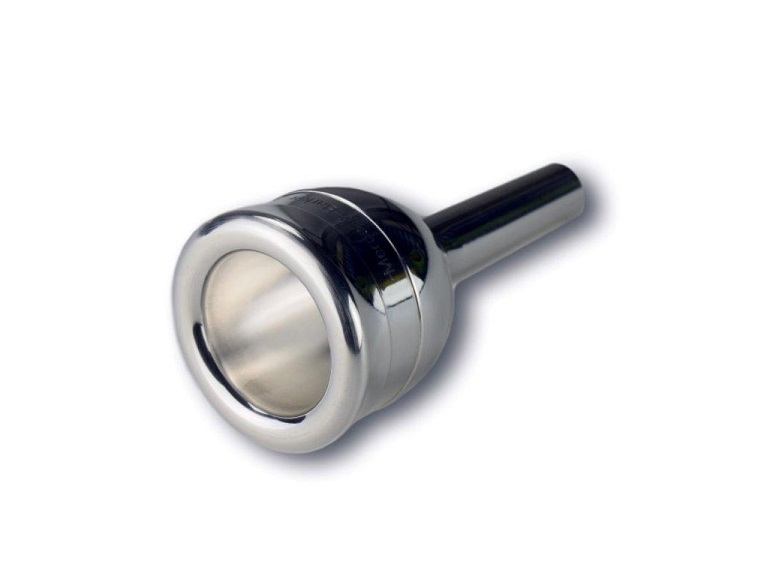 A fine mouthpiece for established players who wish to keep providing a big, dark, richly resonant sound without losing flexibility. As we have said though – it’s a beast – although one that can be tamed.

It comes at a premium price( £195.00 for the stainless steel model), but it has lots to offer and if you are serious about your playing then an investment in one of these (and there are various finishes to consider) and your MD may well start to look at you in a different light.

The MB4 tuba mouthpiece is designed with the modern EEb tuba player in mind - one who needs to be able to shine as a leader of a section as well as in the solo spotlight.

It’s been developed in association with Shaun Crowther – a performer well known and respected for his ability to lead a heavy blowing tuba section (and he has played with some bands that can make one heck of a rumble) as well as get on his feet and produce the virtuoso showcase stuff.

Like the MB2 we tested we found the MB4SS aimed at enhancing the skill set of established players with solid, well developed production techniques.

There is little doubt that the shape and depth of the cup contributes to a brighter, focused tonality on an instrument (our tester plays on a Sovereign 982), although it also allowed for a large volume of uninterrupted airflow.

Even someone with the pipes of Shirley Bassey would have trouble testing the limits.

Even someone with the pipes of Shirley Bassey would have trouble testing the limits.

The design is well thought out – a cushioned rim and medium funnel allowing for flexibility, centred intonation and crisp articulation.  Once again, the quality was apparent – a hefty but responsive bit of kit.

All this, and as with the MB2 you can also consider different rim/body finishes too depending on your taste, allergies and pocket. 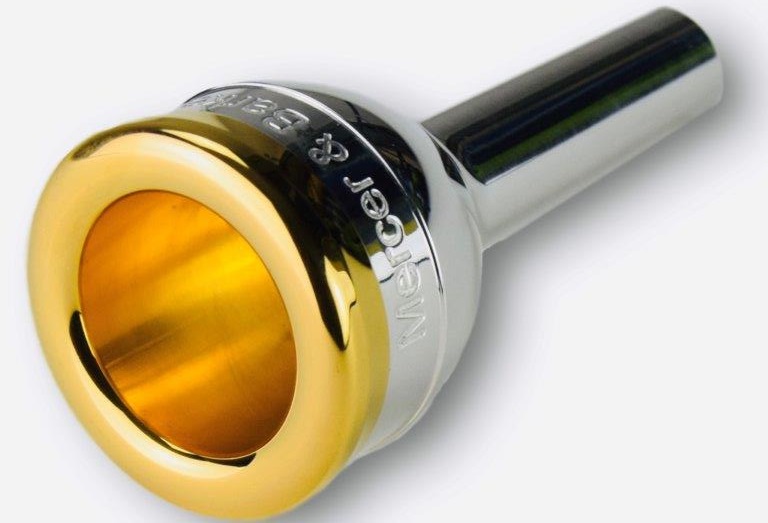 This is a mouthpiece that gives back in interest to the player who really works its characteristics. The tonality it helps produce is rich but lean, allowing a good player to explore extremes.

It’s top end price wise (£195.00 for the stainless steel model) and its up against some well established rivals, but it certainly offers something different.