4BR test drives the new Eclipse soprano cornet — a new player in the market place with a flexible outlook. 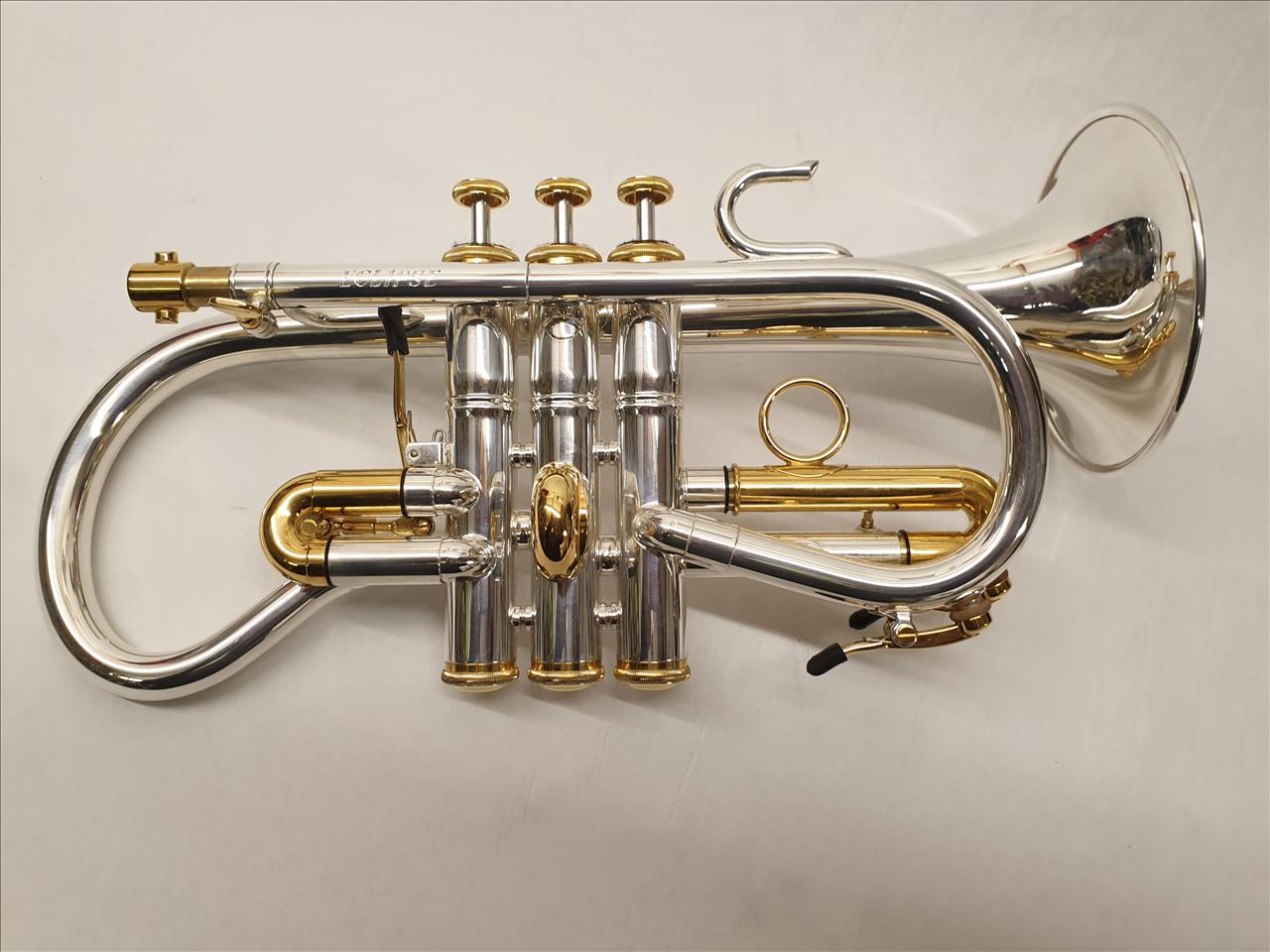 The myth that the best brass band soprano players in the world are a breed apart, born with a blue moon in their eye and a propensity for self destruction, is just that.

Forget about mad, bad and dangerous to know. The very best exponents are the products of the clinical implementation of the correct teaching of the technical aspects of performance basics.

It’s the same with the instruments they play.

Pay little attention to the hype and bling and concentrate on the mechanics. The best soprano cornets are the products of informed craftsmanship.

Pay little attention to the hype and bling and concentrate on the mechanics. The best soprano cornets are the products of informed craftsmanship.

Which brings us to the new Eclipse soprano cornet.

Over the last 20 years Eclipse has gained a highly respected worldwide reputation for their focused range of trumpets, cornets and flugel horns - instruments that have gained a significant following of devotees, especially in the professional ranks.

The men behind them are Leigh McKinney and Carl Skinner – craftsmen with years of hard graft experience of design and manufacture under their belts.

However, even they readily admit that making an Eb soprano cornet has been, “our most difficult development project to date” - but after three years of concentrated effort they have now come up with an instrument they believe is worthy of being played on by the very best performers in the banding world.

However, even they readily admit that making an Eb soprano cornet has been, “our most difficult development project to date” - but after three years of concentrated effort they have now come up with an instrument they believe is worthy of being played on by the very best performers in the banding world.

There is no hyperbole to their claims - just honesty. And that the good news is that they are not wrong.

4BR has had its hands on one for the past month – and giving it to our version of the ‘Top Gear’ Stig, to try out in a variety of different test drives.

And this is what they thought… 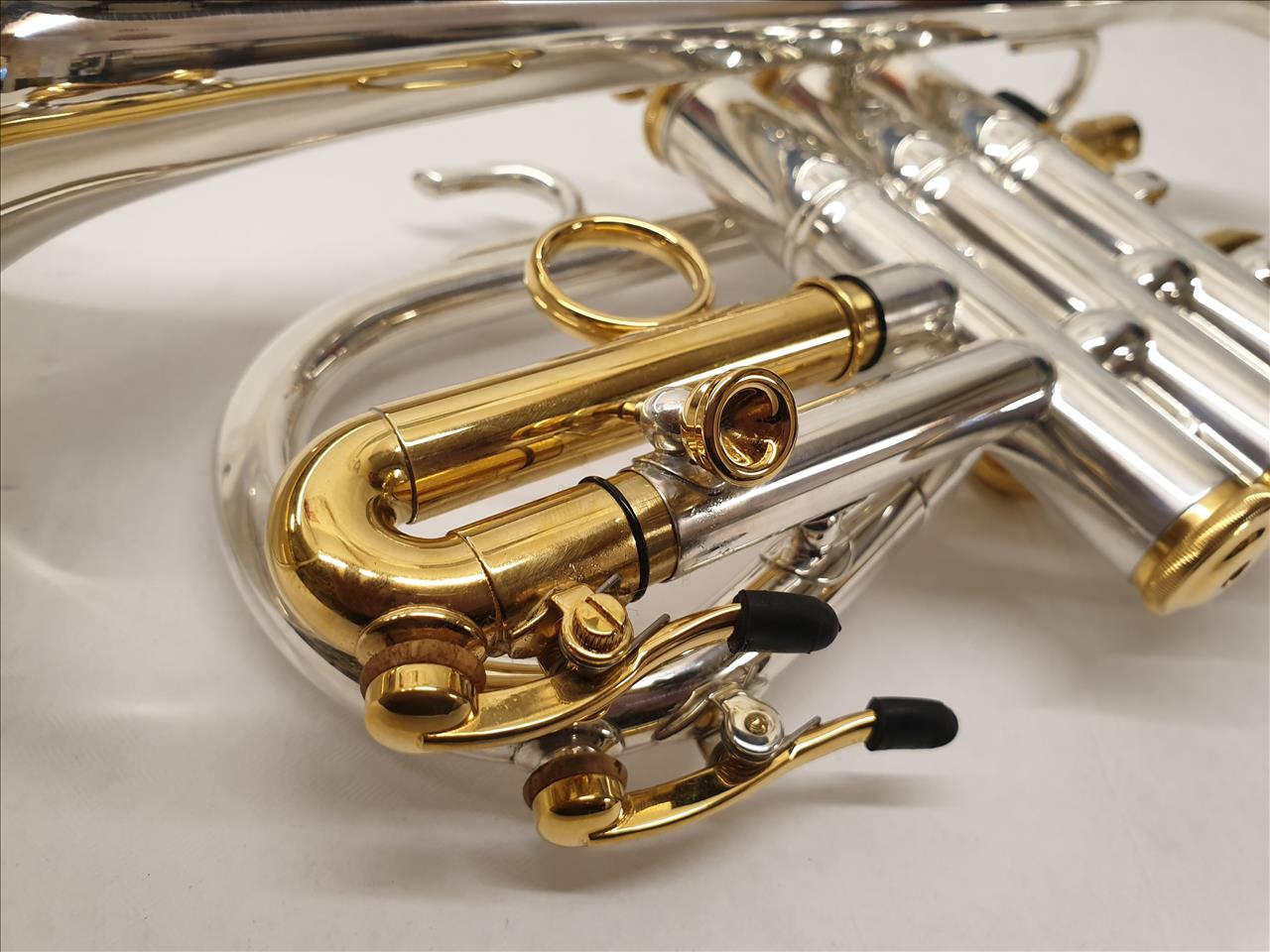 If you are talking about spending a significant amount of money on a professional level instrument then you need to have the confidence in it that it’s built to last.

Messers McKinney and Skinner have gained a well deserved reputation for their craftsmanship (as well as their bespoke repair services) and there is little doubt that they’ve brought that to bear here.

The Eclipse is a neat, ergonomically designed instrument; compact and balanced. It is also robust (although it feels lighter than some rivals) and comfortable in the hand. It has obviously been put together with care and attention to detail.

It shares its basic design characteristics with its rivals, but little things stand out, such as the quality of the silver plate finish (our test instrument came with the gold plate on the slides, waterkeys, slide stop, valve tops and bottoms), the well positioned, easy to use 1st and 3rd slide trigger and shunt, and little finger crook that you could hang your washing on.

The stainless steel valves are slick, facile and quiet.

Nothing revolutionary then - but it’s obvious considered time and thought has been invested into the production of the instrument (even a lyre fixing can also be added if requested). 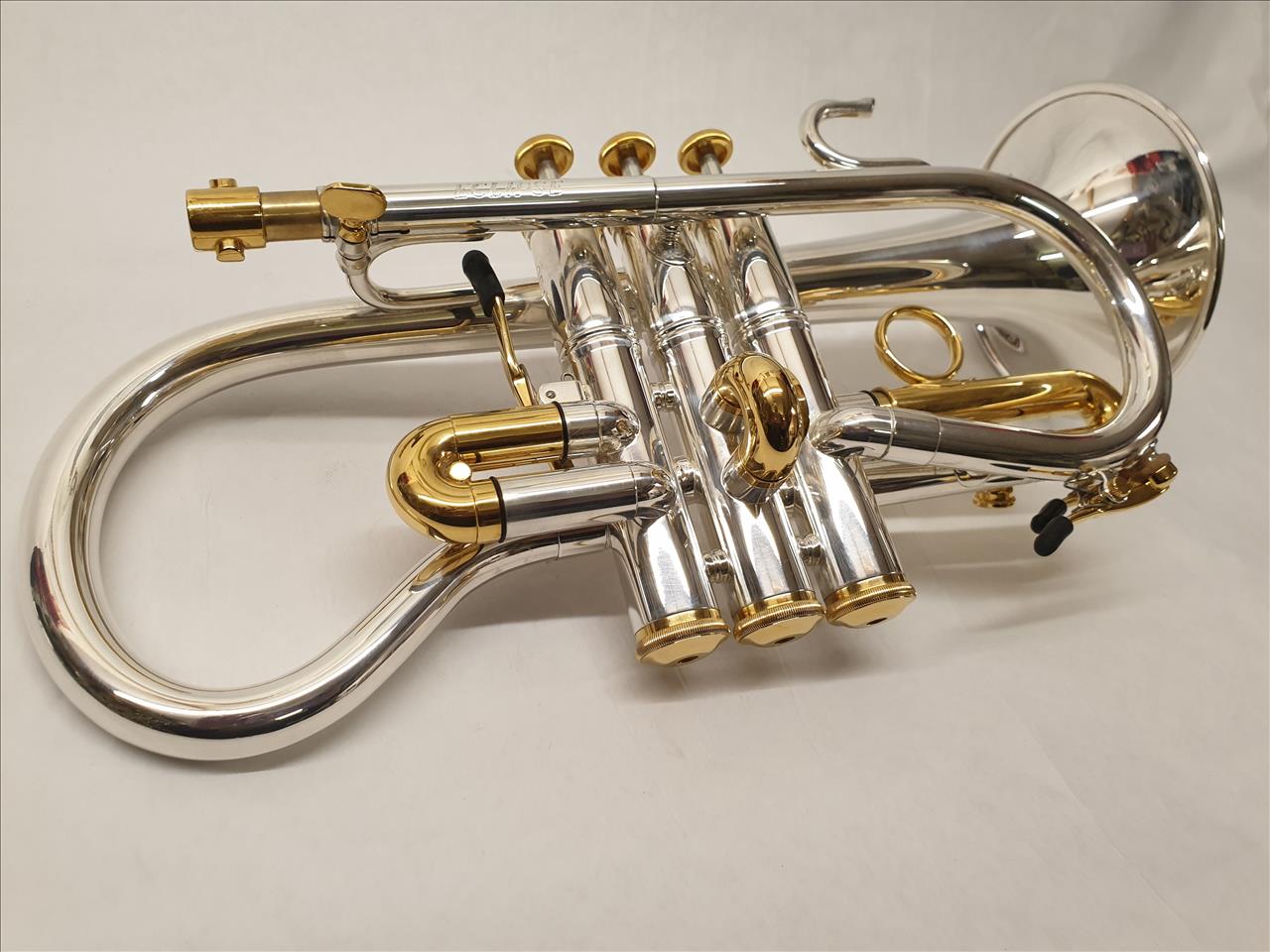 Every soprano cornet has its unique characteristics. But then again so does every player.  Neither is perfect.

However, a thoughtful player will be able to make the most of the Eclipse, as the basic intonation characteristics throughout the range are consistent and accurate – and at both ends of the dynamic spectrum.

Judicious use of the first slide trigger (which has just enough play in it) and the third slide shunt ensure that any troublesome intonation concerns (both above and below the stave) can be quickly addressed, whilst the main leadpipe can also be tweaked if required (for mutes etc) 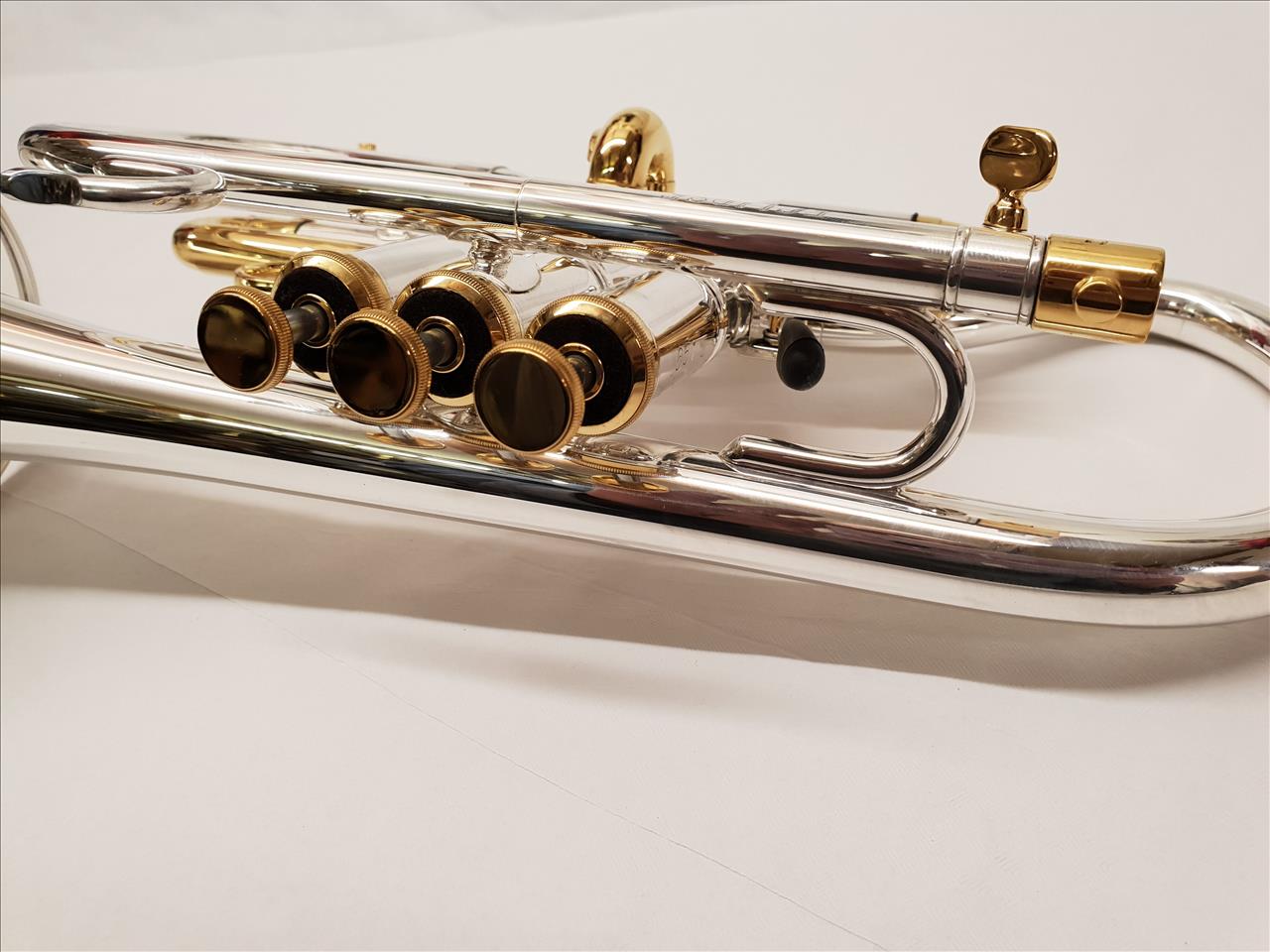 Ease of blowing and tone:

The makers have been crafty here and used their noggins. The instrument is made with a .453” bore/4.56” bell, but is being supplied with a choice of 5 different leadpipes (other do this too to be fair).

The customer can choose the two that they want, but can swap theme free of charge if they feel that they need something different after getting used to the instrument.

In terms of bore and bell size, the Eclipse is neatly placed in the middle ground amongst its rivals, with the flexibility of the leadpipe configurations to suit a player who has the confidence to try and adapt their playing style and sound.

With the standard leadpipe it’s an easy instrument to blow (rewarding players with good breath control technique), although with the large bore leadpipe in place it opens its throat like a Geordie guzzling a pint of Newcastle Brown Ale.

That allows for an experienced player to colour the sound and tonality – from the bright and brilliant to the dark and more subdued depending on the repertoire being played.

You can still cut through even a heavy blowing ensemble with ease and there is a lovely burnished brilliance to the cherry-picking top end of things, but it was noticeable that the larger bore leadpipe allows for an easier blend with the top cornet section on works that don’t require repetitive trips to the stratosphere.

The mix and match approach does work well though. 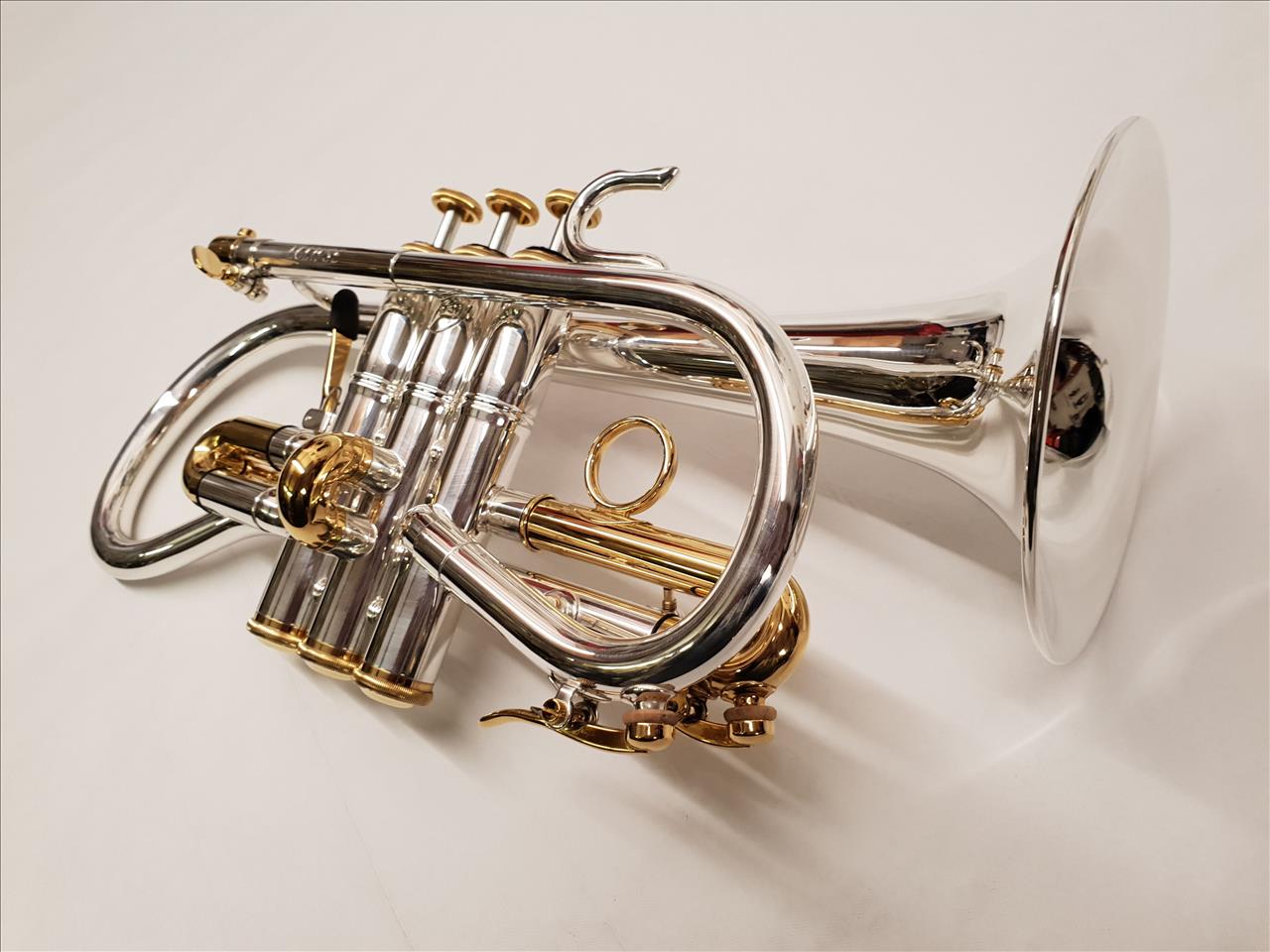 Performance preference rather than pure economics should really be the deciding factor to consider when forking for a top level instrument – one that should repay your investment in the years to come rather than in your hopes of pinpointing onto a top C at the end of your next test piece contest outing.

So is the Eclipse worth the money in relation to its rivals?

If you are looking for a high quality instrument that offers flexibility and rewards thoughtful use, then the Eclipse is well worth checking out.

It’s an instrument that retains the traditional brass band soprano characteristics in its tonality - bright and sweet, but also offers the flexibility for an informed player to explore darker tonal hues without losing its cutting edge when required.

The build quality is excellent and the design (although compact) makes it easy to use.

There are options to consider also on the leadpipes (5 different ones), bells and finishes, but even though that may give you an extra bit of bling it won’t detract from the inherent qualities of a high class instrument with the characteristics to suit the needs of a significant number of soprano cornet players around the world.

All this and although the instrument doesn’t come with a case, Eclipse does offer an annual free service to the original owner – for life!