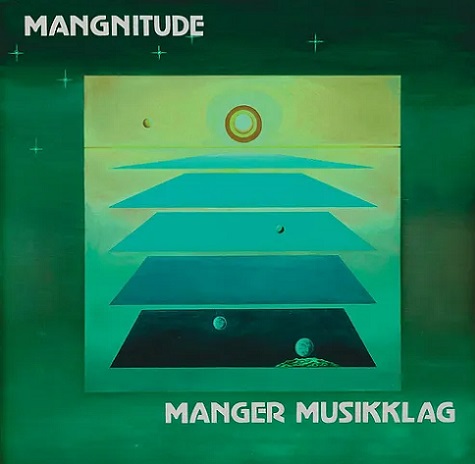 It celebrated a century of memories, milestones and magnificent achievements; from a fledgling community ensemble based on the small island of Radoy north of Bergen to European Champion.

On multiple occasions they have been crowned National and Siddis Entertainment winners  – a reflection of a proud competitive history that has seen them remain at the forefront of a Norwegian banding movement that over the past half century has also grown in artistic as well competitive excellence.

The overriding impression left on hearing this fine recording initiative is one of immense appreciation of a band that has sought and adhered to a very defined, progressive musical path

Throughout this era the band has been directed by several outstanding conductors; from Tom Brevik (who led them at the first European Championship in 1978) to Martin Phillip Winter who masterminded their latest Siddis success.

Their influences, as well as the likes of Michael Antrobus, Helge Haukas, David King and Allan Withington amongst others, has helped mould their renowned artistic approach.

It is also one reflected fully in the selections made for this release – from George Benjamin’s lonely, vapourish ‘Altitude’  all the way through to Howard Snell’s sumptuous arrangement of Ravel’s ‘Daphnis & Chloe’.

Works as diverse as ‘Symphony of Thanksgiving’  by Dean Goffin and Philip Sparke’s ‘Harmony Music’  are neatly packaged next to gems from Gordon Langford and Torstein Aagaard-Nilsen, Ketil Hvoslef and James Curnow.  Each recalls a time and place, a musical memory that still sounds as immediate as the day it was recorded.

Throughout the decades Manger has also been blessed with outstanding performers – and those featured are captured at the apex of their talents; from soprano, Kjetil Morken and bass trombone, Camilla Soderstrom Tveit, to cornet player Rune Gundersen, euphonium, Thor-Arne Pedersen and more.

The overriding impression left on hearing this fine recording initiative is one of immense appreciation of a band that has sought and adhered to a very defined, progressive musical path; one that has an embedded fearlessness that can be heard in every performance they give – be it from time past to times now.

November 26 • Bilton Silver (Rugby) Band invites applicants for the role of MUSICAL DIRECTOR of the senior band. Contesting in the first section, the band has a varied programme of concerts throughout the year. The organisation also boasts a thriving training programme