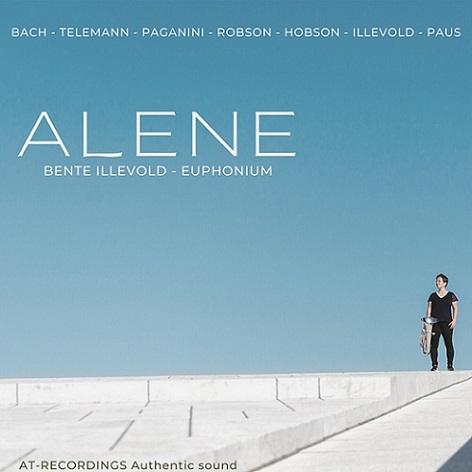 We have grown accustomed to loneliness; enforced or by choice.

During the past two years any sense of communal belonging has been provided using technology:  Human connectivity in digitised form.

Interactions have had little warmth or personality. Uncertainty and a lack of intimacy has in turn brought vulnerability.

Each day has passed like another; the ingrained rhythms of life replaced by uneven cycles of disquiet and fear.

Illevold is a distinguished performer, respected for her artistic approach to performance engagement with new and existing repertoire.  Her musical outlook is underpinned by an informed social dimension; the works from Bach, Telemann, Paganini, Elliott Robson, Hobson and Paus, all chosen to invite the listener to be drawn into her personal perspective.

Her musical outlook is underpinned by an informed social dimension; the works from Bach, Telemann, Paganini, Elliott Robson, Hobson and Paus, all chosen to invite the listener to be drawn into her personal perspective.

The performances, played with restrained elegance, are simply recorded on location – just two microphones at each of three venues.  The acoustics accentuate the feeling of isolation.

This may sound a bleak landscape from which to seek a sense of freedom, but with reflection comes perspective – and in this case an absorbing contemplation.

Bach, Telemann and Paganini act as somewhat familiar touchstones of emotion, the ‘Dance Suite’ escapements of Elliott Robson and Andrea Hobson’s rondoesque ‘Inspired by Blue’ much less so, but still inducing improvised endorphin triggers in the mind.

Illevold’s own multiphonic ‘Arv’ and the slate-skied ‘Notturno’ by Paus elicit wilderness and empty beauty – almost a plea from the heart to escape from the cloying confinements that have been placed on us all in the past two years.

To  find out more: https://www.euphonia.no/

Excerpt from 12 Fantasies (G.P Telemann)
i. Fantasie in A Minor (originally in B Minor)