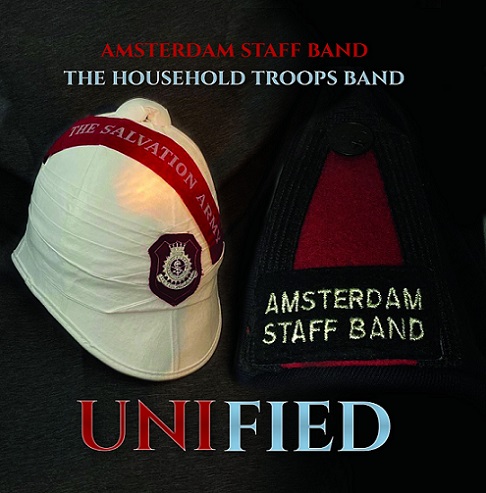 As the introductory notes to this release reveal, 2020 should have seen these two ensembles join forces in concert in The Netherlands.

Covid-19 circumstances ended that hope, but thankfully they were instead able to record what would have been their individual contributions before the travel-ban shutters and performances restrictions were imposed (six from the Brits and five from the Dutch) in Boldmere near Birmingham and Rotterdam.

World of Sound producer Adam Goldsmith and his team have done a fine job – neatly balancing the two distinct acoustics to meld detail and texture.

It’s also good to be able to read repertoire notes too – something of an increasing rarity on secular releases of late. It brings a welcome dimension to understanding the works (Wobplay also offers an additional ‘Album Insight’ with an interview with both conductors through its download platform).

Much is easy listening fayre; the opening title track leading into contrasting works played with understanding and technical competence.

The soloists are classy: ‘Novella’  featuring Michel Rosenquist (euphonium) and Steef Klepke (cornet) is tenderly shaped, whilst Anthony Smith (who also performs with Filton Concert) displays an informed touch of stylistic lightness to ‘My Unchanging Friend’.

Robert Redhead’s ‘Corpus Christi’ remains an exemplary piece of substantive interpretative musical exploration; the organ-like opening chord the prelude to a skeletal foundation that builds meaty boldness onto its bones to its uplifting close.

Robert Redhead’s ‘Corpus Christi’  remains an exemplary piece of substantive interpretative musical exploration; the organ-like opening chord the prelude to a skeletal foundation that builds meaty boldness onto its bones to its uplifting close.

Much to enjoy and much to congratulate everyone concerned in being able to release this CD under the most testing of circumstances.