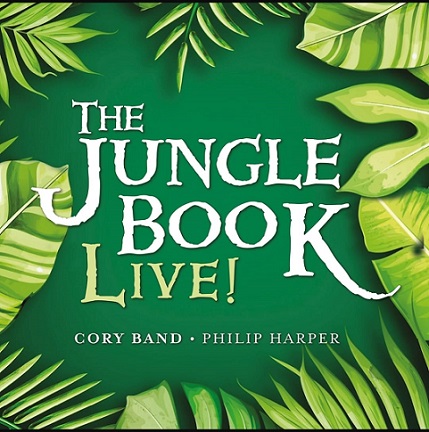 There have been many memorable performances to enjoy at the Brass in Concert Championships over the years, but it’s hard to recall one so brilliantly presented and performed as Cory’s ‘Jungle Book’ programme.

It ticked every box in the complex scoring system of adjudication with such authority that their victory, a sixth in eight years under Philip Harper, completely overwhelmed their rivals and mesmerised a packed audience.

Inspired by the darker Victorian moral themes of abandonment, belonging and self-identity found in Rudyard Kipling’s famous collection of anthropomorphic sub-continent tales, and given a liberal twist of interpretation by the MDs cleverly conceived ‘Disneyfication’ to add humour and an evocative sense of drama, it was a perfectly formed arc of musical storytelling.

The full 3D experience can of course be enjoyed with the 2019 Brass in Concert DVD. However, this live recording comes close (helped by Frank Renton’s super linking narration); from the ‘The Night of the Tiger’ opening with Shere Khan as the envious baddie with the American rock group Survivor and Verdi’s ‘Dies Irae’ surging in his veins, all the way to the redemptive ending as the boy-hero Mowgli finally understands the lessons of his jungle upbringing with the help of a great dollop of 1960’s Broadway schmaltz.

There are delightful cameo character appearances along the way; from the lugubrious pachyderm patrol barging through the undergrowth with a ludicrous imperial British swagger, to the sinuous, boggle-eyed hypnotism of Chris Thomas as the oleaginous python Kaa.

There are delightful cameo character appearances along the way; from the lugubrious pachyderm patrol barging through the undergrowth with a ludicrous imperial British swagger, to the sinuous, boggle-eyed hypnotism of Chris Thomas as the oleaginous python Kaa.

And whilst the Cuban monkey mercenaries of ‘La Suerte de los Tontos’ were obviously shipped in from a different musical continent, they still thrill the pants off with the sheer acrobatic exuberance of the pyrotechnic sparks that fly through the air to ignite the terrifying ‘Dies Irae’ battle to follow; the incendiary playing leaving the sniff of singed fur in your nostrils.

The closing credits put the topping on a quite superb showcase of brass band entertainment.

Philip Harper and Cory deserved a plethora of Hollywood Oscars let alone the accumulated bagful of prizes that came their way at the Gateshead.

Kipling and Disney couldn’t have done it better.