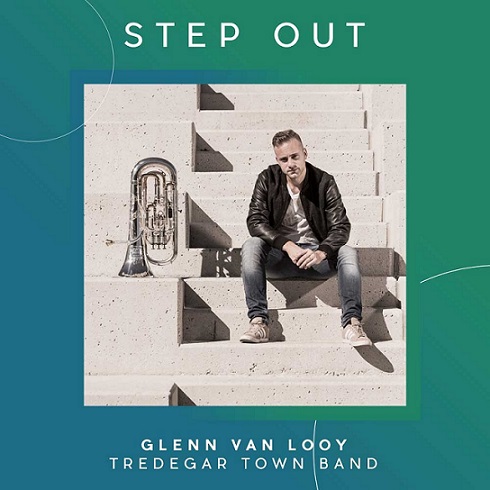 Glenn Van Looy’s ongoing exploration of some of the most demanding repertoire for the euphonium is underpinned by a cast-iron inquisitiveness and self confidence.

This is not to be mistaken for arrogance, but as confirmation of an unmistakable level of artistry few contemporaries’ possess.

It is heard in full on this latest release; seven works that place the severest demands on technique and musicality - each a segment of compositional architecture that requires the most substantive of blue-print understanding to bring to life.

The centre-piece is the first brass band recording of the Derek Bourgeois ‘Euphonium Concerto’; a schizophrenic work of malevolence and majesty contained within a barb-wire shell of frightening practicality.

Van Looy cracks the carapace open to reveal its pulsating unpredictability in full - the razor edge brilliance of his technique never for a moment blunted by the demands in revealing a beating heart of complex tenderness.

It is a remarkable performance - aided (throughout the release) by Ian Porthouse’s subtle direction of Tredegar Band; the three movements engrossingly multi-faceted in virtuosity, lyricism and character.

Van Looy cracks the carapace open to reveal its pulsating unpredictability in full - the razor edge brilliance of his technique never for a moment blunted by the demands in revealing a beating heart of complex tenderness.

The CD opens with another work of rare ingenuity. Ludovic Neurohr’s ‘BECH’ was premiered by the duo at the 2018 RNCM Brass Band Festival; a triptych composition of biographical time and place - emerging from lone voice to a triumphant communal climax that is personal, passionate and deeply impressive.

Whilst ‘A Song to the Sea’  has been arranged from the trombone original to retain its ambient lyricism, ‘American Rhapsody’  is full of vivid optimism (even in the darkly tender middle movement) and joyfulness – the vistas broad yet remarkably detailed.

In contrast, a very different type of musicality is heard on Fredrick Schjelderup’s ‘Kaleidoscope’; granular flecks of harmony, melody and rhythm continually changing shape, time and form as the soloist turns the focal point of his delivery to transform elemental pieces into immersive optical images of the mind.

It also leaves him time to enjoy the fantasy portraiture of Luc Vertommen’s ‘Carmen’ - a  second seducing whiff of Cohiba thigh-rolled musical nicotine to puff on, whilst the title track rounds off a stunning release with a touch of irreverent cool jazz inflected fun.