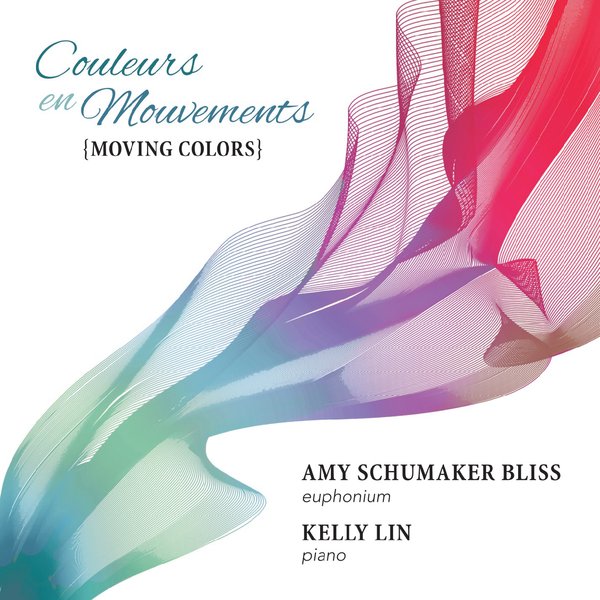 It’s rather appropriate then that this engaging CD opens with a musical homage to a quartet of women who have trodden the path before her, as she is a chip off the block of some mightily impressive forebearers.

It’s something of synesthesic tribute; the purple, green and white passion of the Suffragette movement and green-shoot tenderness of the life-giving vitality of plants, to the colour symbolism of power and purity in ancient Egypt and the binary black and white constraints of algorithmic code writing and segregation of 1960s America.

Each speaks of a steely core of unbreakable self-belief, aspiration, determination and brilliance (aided by a 1870 baritone to recreate the timbre of the ancient pharaohic trumpet and tin foil to mimic the transient sounds of electronic circuitry).

It is a significant addition to the repertoire played with complete understanding by the soloist.

It examines the seemingly blank canvas of a mind from which musical imagination can take root and flourish - awareness and expression emerging from a kernel of inquisitive wonderment and osmotic meditation to burgeoning playfulness and childlike joy.

Moreau’s work is a triptych of vividness - three huge canvases of singular pigmentation, whilst Raum’s is detailed with the complex intricacies found only by peering at the interpretative brushstrokes with your nose a few inches from the musical canvas.

More immediate splashes of inspired colour are displayed with the title track, ‘Couleurs en Mouvements’  and ‘Chagallian Scenes’ - both cleverly transcribed from their bass saxophone and baritone originals, and which in this recital mode offer cultured disparities of style, tone and hue.

Moreau’s work is a triptych of vividness - three huge canvases of singular pigmentation, whilst Raum’s is detailed with the complex intricacies found only by peering at the interpretative brushstrokes with your nose a few inches from the musical canvas.

Although somewhat lost in it all in comparitive terms is the faded beauty of Elgar’s ‘Romance’ Op. 62, (itself a portrait of restrained Edwardian expressionism), it acts rather like a touchstone for the major works that surround it.

That three of them come from female composers is to be noted, although much like the two performers themselves (pianist Kelly Lin offers a wonderfully sympathetic counter-balance throughout), not as much as the pioneering musical talent that underpins them.